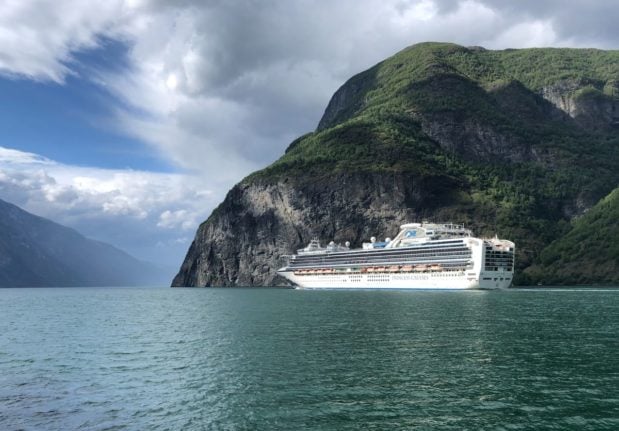 A tourist tax could be introduced in Norway from 2024. Pictured is a cruise in Norway.Photo by Gautam Arora on Unsplash

Around 10 million tourists flock to Norway annually, drawn in by its majestic fjords, world-famous hikes, rugged wilderness and bucket-list activities such as Northern Lights tours.

Many travellers already remark that the country is incredibly expensive. However, the cost of being a visitor in Norway could soon increase as the government plans to introduce a new tax on tourism-related activities.

Earlier this week, the minority government consisting of the Labour Party and Centre Party, agreed on a budget for 2023 with the Socialist Left Party.

Norwegian newswire NTB reports that as part of the agreement, the government would propose introducing a tax on tourism in 2024. The policies will be included in the budget for 2024, which will be presented next autumn.

A potential tourist tax is still in its early stages, though, with the policy yet to be fully formulated. Still, Norway’s Ministry of Finance has begun exploring options regarding a tourist tax.

“We have to investigate this and see how such a tax can be designed, both practically and legally. But the idea is that the local communities should be able to be left with more,” Lars Vangen, state secretary in the finance ministry, told NTB.

The tax could come in the form of tourists paying additional tax on hotels, souvenirs and tourism activities.

Proposals to pass some of the maintenance and cleaning costs on to tourists have appeared several times in recent years, most recently in the political agreement on which the current government was formed in October last year.

One of the reasons for a tourist tax is that many hotspots are located in small local authorities, where municipalities spend huge amounts each year on the upkeep of attractions, maintenance of key hiking trails and dealing with the pollution and litter caused by visitors.

Earlier this year, the Norwegian region Lofoten, known for its spectacular fjord and mountain scenery, said it would be willing to test-pilot a tourism tax scheme.

The Norwegian Hospitality Association (NHO Reiseliv), an employer organisation for the sector, has previously been critical of potential tourist taxes, arguing it would make Norway a less desirable destination.

READ ALSO: Best things to do in Norway in the winter