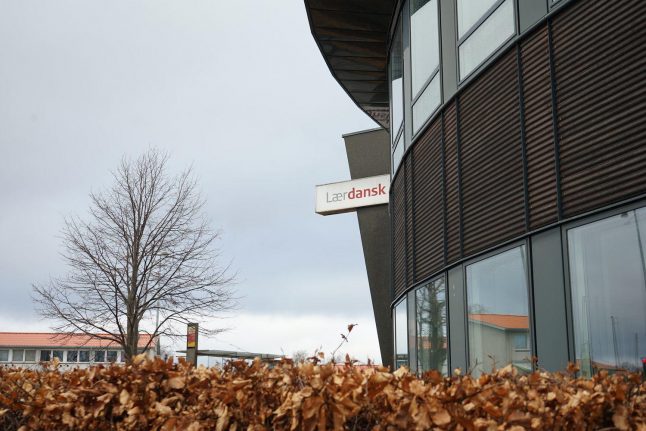 A tax plan announced earlier this month will affect Danish language courses as well as unemployment social welfare for foreign citizens in Denmark.

Savings made from curbs on foreign citizens' access to to social welfare could help to finance tax cuts, Finance Minister Kristian Jensen said in August 2017.

The tax plan will be financed in part by stricter welfare for foreign citizens living in Denmark, including payments for Danish language lessons and curbs on unemployment state support and insurance.

Since the tax reform plan was announced, foreign citizens in Denmark have considered the implications of losing benefits such as free Danish language courses and unemployment insurance.

“Free Danish courses at all levels”, reads the home page of Lærdansk, the Danish national language school, although the reality of free Danish language classes is soon to change.

Starting from July 1st this year, foreign citizens who study or work in Denmark will be charged 2,000 kroner (268 euros) for each module of Danish language at Lærdansk. The rule excludes refugees, whose attendance of language classes is mandatory.

Director of Lærdansk Gerhard Korbo expects the numbers of students to fall once the change comes into effect.

“We have schools for almost only refugees, but [in] other schools refugees are fewer, for example, they form only 20 percent of the students, so 80 percent will have to pay,” Korbo told The Local.

A survey conducted by Lærdansk showed that 74 percent of students would refuse to pay for Danish language courses, while 10 percent said they would pay, according to Marianne Jensen, Principal of the Lærdansk school in Aarhus.

“It means more or less a 50 percent reduction of the total amount of students at the school,” Jensen said, explaining that this will also result in a significant reduction in the number of staff members at Lærdansk.

Although Korbo said that Lærdansk is financially supported by municipalities, he expected that when fewer students are registered, Lærdansk will have to let go of some of the teachers.

“Teachers will have difficulties in finding a similar job at other language schools as they [will] also have to reduce [staff],” Jensen added.

The decision also affects students who plan to stay in Denmark after the completion of their studies. Jan Psuja, a Polish undergraduate student at Aarhus University, said that he would pay for Danish language courses simply because he needs them.

“If I want to find a full-time job here then in most cases I'll need to know the Danish language,” Psuja, who has been a student at Laerdansk for two years, told The Local.

Psuja said that he understood that the reason behind charging for Danish language classes is to cut tax, “which is good,” he said, “but they should think of an alternative”.

“The government knows that Denmark needs employees in a lot of fields, so they should encourage people to come and stay and work here, but they're doing the opposite which I don't understand,” he added, pointing out that university programs which are taught in English have also been reduced.

Lærdansk has 400 employees and 10,000 students, according to its website.

The tax reform plan will also affect the conditions under which foreign citizens receive the state income welfare payment known as kontanthjælp and payments provided by the unemployment insurance a-kasse.

Those receiving kontanthjælp will now be required to have lived in Denmark for nine of the last ten years – a curb on the previous seven out of the last eight years.

That is supplemented by an additional requirement of employment for at least two and a half of the last ten years for a foreign citizen to become entitled to the payment.

The new rules place emphasis on the policy that such assistance should be “earned”.

“Qualification principles send the signal that the precondition for access to full social welfare is that the person has a strong connection to Danish society and has contributed to it over a number of years,” the tax plan text reads.

A-kasse is an unemployment insurance system available in Denmark, whereby membership is obtained by paying a monthly fee.

Currently, all a-kasse members become eligible for unemployment benefits after having paid the membership fee continuously for one year.

The new tax plan introduces a new requirement for eligibility: residency in Denmark or another EEA country for at least seven out of the last eight years.

Hence, foreign citizens, and Danes, who have lived outside Denmark or the EEA zone for more than one year during the last eight years will be ineligible for unemployment insurance payments.

Rasmus Felt, PR and Analysis Manager of Min a-kasse, an unemployment insurance company, was critical of the government initiative.

“It is not [fair] because if you work in Denmark for seven years, then you're already part of the Danish society,” Felt told The Local, adding that he believed the change in rules will make people living in Denmark financially insecure.

“It seems like [the government] wants to hit the foreigners, and just make their life harder in Denmark,” Felt added.