New requirements for non-EU citizens to enter and exit the Schengen area are expected to begin at the end of 2023.Photo by ERIC PIERMONT / AFP

The EU Entry/Exit System (EES) will record the biometric data (finger prints and facial recognition) of non-EU citizens travelling for short stays to the Schengen area (EU countries minus Ireland, Romania and Bulgaria, plus Norway, Iceland, Liechtenstein and Switzerland), each time they cross the external borders.

Fully digital, the system will enable the automatic scanning of passports replacing manual stamping by border guards. The data collected will be kept in a centralised database shared among the Schengen countries.

The EES was created to tighten up border security and will ensure the enforcement of the 90-day limit in any 180-day period for tourists and visitors. But it requires changes in the infrastructure at the external borders, including airports, and the setting up of a new digital infrastructure to connect authorities in participating countries.

Its entry into operation has already been delayed several times. The latest date for the EES launch was May this year, but last week European authorities decided to postpone it again “due to delays from the contractors”. It is now expected to enter into force at the end of 2023, as The Local reported this week.

“The EES will be a game changer for how the EU’s borders are managed. There are, however, a number of issues which must be resolved to ensure a smooth roll out and operation of the new system so that air passengers do not face disruptions,” a joint statement says.

Things to be resolved include a “wider adoption and effective implementation of automation at national border crossing points by national authorities, funding by member states to ensure a sufficient number of trained staff and resources are deployed to manage the EU’s external border, particularly at airports,” and the “deployment of sufficient resources” to help airports and airlines with new procedures.

Airlines also said there needs to be a public communications campaign to inform non-EU citizens about the changes.

In addition, industry groups called on EU-LISA, the agency responsible for managing the system, to “strengthen communication” with airlines and with international partners such as the US “to ensure IT systems are connected and compatible.”

The decision to postpone the EES entry into operation until after the summer “will give airlines, airports and EU and national authorities the opportunity to resolve these issues and ensure the system is fully tested,” the statement continues.

The EU-LISA is currently preparing a revised timeline for the launch, which will be presented for approval at the Justice and Home Affairs Council, the meeting of responsible EU ministers, in March 2023. 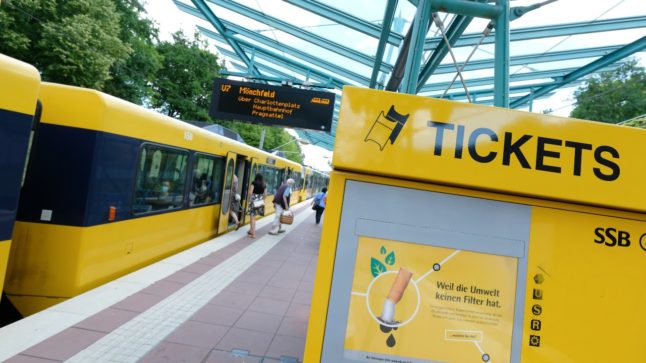 For months, financing rows between the central and state governments have delayed the introduction of the ‘Deutschlandticket’ – the €49 travel card that will enable customers to travel all over Germany on local and regional transport for a fixed monthly price.

The impetus for the new offer followed from the hugely popular €9 ticket that was on sale for three months last summer which offered many of the same travel conditions.

But while the €9 ticket was a short-term measure aimed at relieving the strain of spiralling living costs last year, the €49 ticket is intended to be a longer-term initiative, which will be funded by both the state and regional governments.

READ ALSO: ‘Deutschlandticket’: What you need to know about Germany’s new travel offer

As a result, the €49 ticket has been subject to drawn-out debates on financing and technical details between the federal and state governments and the launch date has been repeatedly pushed back from an initially intended start in January.

While the announcement that the ticket will launch on May 1st – and go on sale on April 3rd – is the clearest indication yet of an intended start date, it has prompted criticism from some local officials and there are still a couple of hurdles that could stand in the way.

Why do some people want to delay the start date?

Following the announcement of the May 1st launch date for the ‘Deutschlandticket’, representatives from local districts have criticised the start date as being too soon, fearing problems “on all fronts”.

Reinhard Sager, president of the German County Association, told the Frankfurter Allgemeine Zeitung that he considers the launch date to be a “bad idea”. 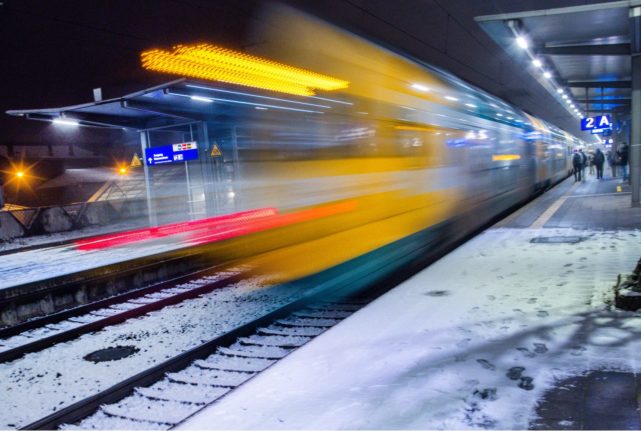 “For the time being, there will be bumps all over Germany,” he said. Sager criticised federal politicians for bringing about an “absurd situation” in which the price for the ticket was announced before the details were ironed out. He also said that a cheap ticket would not solve the existing problems with local transport.

“That was already the mistake of the €9 ticket. What good is a €9 ticket for a bus that doesn’t run? Now we’re trying a €49 ticket. But the bus still doesn’t run in many areas,” Sager said.

What could delay the ticket?

Before the ticket can go on sale, the EU Commission still has to give its approval. As the federal government is compensating transport companies for the loss of revenue caused by the €49 ticket to the tune of billions of euros, the project involves questions of state aid law at the EU level. There is still a small chance, therefore, that the EU Commission could overturn the plans.

There are also still open discussions in Germany as well – especially on the question of whether the ticket should be offered only in paper form.

Following the agreement on Friday, Bavaria’s transport minister Christian Bernreiter (CSU) announced that he wants the ticket to be available as a traditional and non-digital ticket, at least for the time being.

READ ALSO: How employees in Germany could get a discount on the €49 ticket

“We will not be bullied but will launch the ‘Deutschlandticket’ in such a way that everyone can use it, even if they don’t have a smartphone,” Bernreiter said on Friday.

Federal Transport Minister Volker Wissing (FDP), however, favours a ticket that is only available digitally.

Another potential stalling point is the fact that the ticket would need to be approved as a new fare by the supervisory boards of each of Germany’s transport companies – a procedure that would require “hundreds of approvals” – according to North Rhine-Westphalia’s Transport Minister Oliver Krischer (Greens), who chairs the Transport Ministers’ Conference.

There are also ongoing uncertainties about discounted versions of the ticket.

Student representatives from all over Germany are now calling for a ‘€29 education ticket’ for students, schoolchildren, trainees and people doing voluntary service. A paper published by the General Students’ Committee of the University of Oldenburg stated that many students could not afford the planned €49 ticket. Bavaria, among other states, has said that it plans to introduce such a €29 ticket for students and trainees.

It’s also not yet clear how discounted tickets for those on benefits will work. The Greens in North Rhine-Westphalia, for example, are now calling for an additional social fare, arguing that €49 a month is still too much for many people.

Green state parliamentary group leader Verena Schäffer said that there is still a need for an additional offer “so that especially people who receive social benefits do not fall by the wayside”.