The UK Border Force begins a strike on Friday, December 23rd, that is expected to cause major delays and disruption at airports and some ports.

Travellers were warned in a statement: “While the government is taking action to minimise disruption, travellers due to arrive in the UK over the Christmas period are warned to expect delays and disruption over the strike action affecting border control.

“Passengers should be prepared for longer wait times and should check with their travel agents, tour operators and airlines/carriers about possible disruptions to their journey prior to travelling.

“Our eGates will continue to function as per normal and we encourage all those eligible to use them to do so, as the quickest and most efficient way to pass through border control.”

The Public and Commercial Services Union, which represents the majority of border staff at airports, has called a strike between December 23rd and 31st, not including December 27th.

It is part of a wave of strikes hitting the UK as workers including nurses, paramedics, postal staff and rail workers strike for pay rises to help them cope with the soaring cost of living.

The disruption is expected to be concentrated at airports, although the ferry port of Newhaven is also affected, and is likely to lead to extremely long queues at passport control – some are predicting waits of up to 10 hours.

It could also cause some flight cancellations and delays if passengers are not able to disembark at UK airports – travellers are advised to check with their airline before going to the airport.

The UK government has drafted in some members of the military to help run passport control, but this is likely to be a very limited service.

Those travelling to the UK should also be aware of significant disruption on the railways, also due to strike action.

You can find full details of travel between France and the UK HERE, or head to Local sites in Germany, Spain, Italy, Switzerland, Sweden, Norway, Austria and Denmark for the latest on travel. 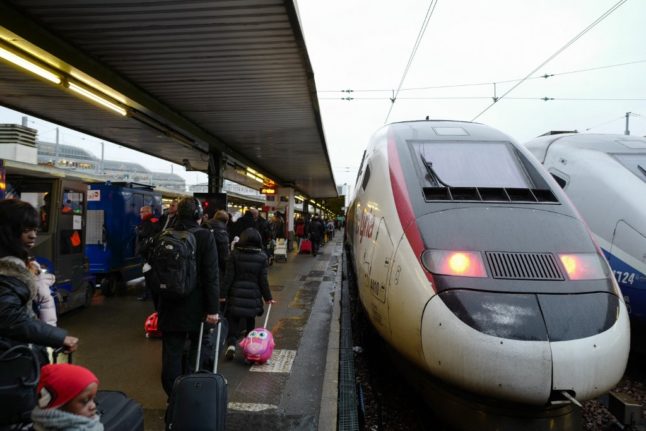 Numerous TGV services running in both directions on the between Paris and the Swiss cities of Geneva, Lausanne, Zurich and Basel will be cancelled from Monday night due to the industrial action.

Scores more services have been cancelled on Tuesday including all TGV trains on the Paris – Basel – Zurich line. Services on Wednesday will also be hit.

Other services between Switzerland and France will also be affected including the Leman Express commuter service between France and Geneva. The line linking Basel with Strasbourg and Mulhouse will also be disrupted.

Franco-Swiss train operator Lyria indicated on Monday that several services between Paris and Geneva, Lausanne and Paris and Zurich and Paris

“Due to a national inter-professional social movement, TGV Lyria traffic will be disrupted from January 30th to February 1st,” read a statement on Lyria’s website.

“If your train has been cancelled, you have the option of exchanging or obtaining a refund of your ticket free of charge, regardless of the initial conditions of your ticket.”

For more information on what to do in the event of a cancellation click here.

The strike has been called by trade unions in France who are protesting against the government’s planned pension reforms. Whilst the mass strike is only on Tuesday the disruption on the rails spills into both the preceding and following day.