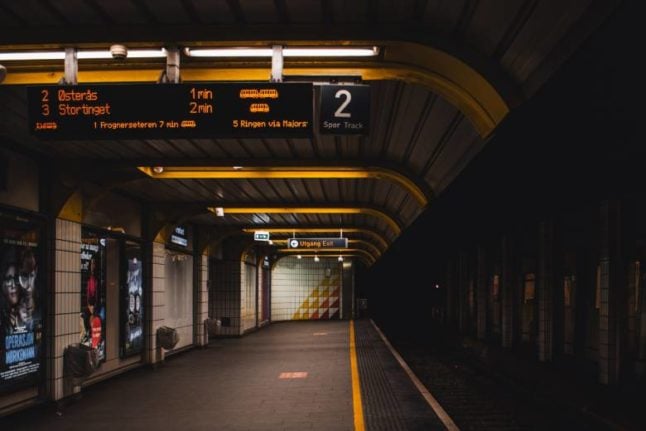 One person was reportedly seen running away from the scene of the crime. Photo by Robert Tudor / Unsplash 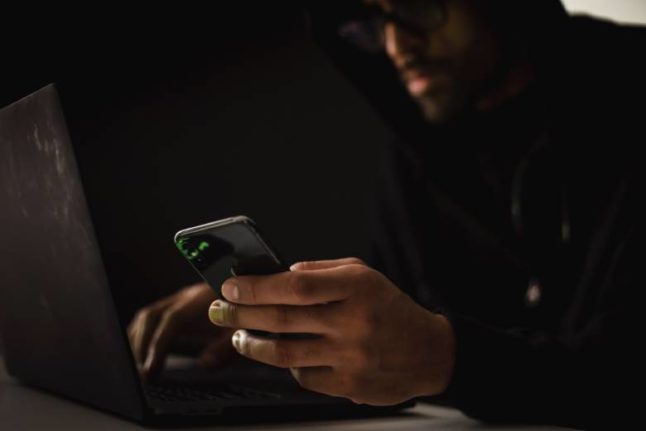 In the unfortunate event that you end up being defrauded in Norway, there are several things you should know, as different rules apply to different types of fraud.

In this article, we will cover what you should do immediately after the fact, as well as a few examples, including fraud instances in transactions involving your bank card, fictitious bills, or fake competition prizes.

I have been defrauded. What should I do?

If you’ve been the victim of fraud in Norway, start by calling the police and reporting the incident. Do this as soon as possible to give the police the opportunity to act swiftly.

The police will likely ask you to prepare all the relevant evidence, so make sure that you gather all the e-mails, bank statements, and other proof that documents the fraud.

If the fraud in question involved your bank account, also notify your bank as soon as possible. Different banks in Norway have different rules for dealing with fraud, so make sure to find out what is expected of you.

In some instances of fraud, you might also want to file a complaint with the relevant organisation – for example, the Norwegian Consumer Council (Forbrukerrådet).

At times, and depending on the circumstances of the case, you might have to seek legal assistance to help you recover your funds or resolve the issue. It’s usually a good idea to reach out to the Consumer Council and ask for their advice. You can reach them for free via the contact information provided here.

The Consumer Council’s website has a lot of helpful information on the rights you have if you’re a victim of fraud.

As the organisation points out, Norwegian consumers have additional protection when they make purchases by using their bank cards.

If you have been scammed, and the case involves purchasing goods with your bank card, you have certain rights through the Norwegian Financial Contracts Act § 54b. The law states that the creditor (mainly the bank) has the same responsibility as the trader.

This gives you extra protection if you do not receive the goods you have ordered; if the service you have ordered is not delivered; if an event or trip is cancelled; if the trader does not respect your right of withdrawal, or if they go out of business; and – most importantly – if you have been defrauded.

You can find out more about the process of making a claim to your bank on the Consumer Council’s page about chargeback.

What to expect from your bank

The Norwegian Consumer Ombudsman has recently expressed concern over the actions of Norwegian banks in regard to helping customers who have been scammed.

Banks in Norway have a choice to either refund the entire amount to the customer, with a deductible of 1,200 kroner, or retain more than the deductible and have the case brought before the Norwegian Financial Services Complaints Board (Finansklagenemnda).

However, the Ombudsman has noted that banks often do not reimburse the customer at all if they believe the customer was negligent – or they only partially reimburse losses.

The banks are also allegedly misinforming customers that they must take their cases to the Financial Appeals Board, when, in fact, it is the bank’s responsibility to do so. The Ombudsman noted that the customer’s duty is only to report the fraud.

Other examples of fraud – and what to do

Fraudsters use a number of techniques to get their hands on your hard-earned money – some might not include bank card payments.

For example, if you receive a bill for an item you did not order, you are not obligated to pay for it. In such cases, inform the trader that you do not intend to pay should you receive a payment claim and let them know there is no purchase agreement in place.

Should the debt collection company continue working on the collection, you should complain to the Financial Services Complaints Board.

The Complaints Board deals with disputes between finance companies and their customers in a broad range of service areas, including debt collection, insurance, banking, financing, and securities funds.

As a final example of fraud, the Consumer Council also warns that some scams claim people won a large prize but that they need to transfer a small “processing fee” for the sum to be paid out.

Never respond to such requests. Such instances of fraud are usually handled by the National Authority for Investigation and Prosecution of Economic and Environmental Crime (Økokrim) in Norway.

As a general rule of thumb, remember that Norwegian authorities will never ask for your credit card information, security codes, invoices, a copy of your passport or driver’s license, or account number via text messages or e-mail. In order to be safe, always log into your official accounts (such as Altinn or the Tax Administration portal) directly via their websites.

The Tax Administration has useful advice on what you can do if you’re the target of fraud attempts, and tips to prevent fraud, here.