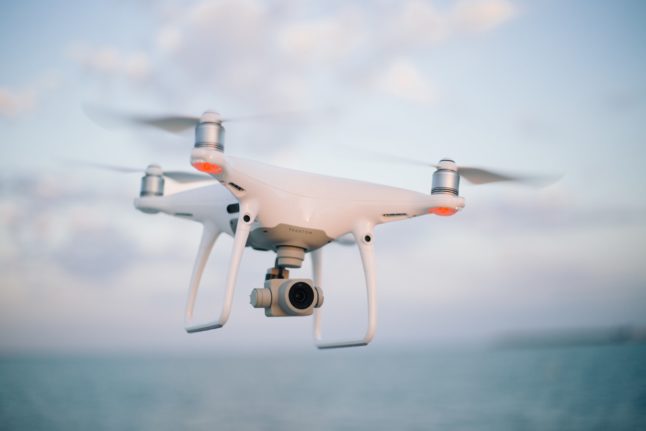 A Russian citizen has been jailed for 90 days. Pictured is a drone in Norway. Photo by Josh Sorenson on Unsplash

Now Europe’s main supplier of natural gas, Norway has been on high alert since mysterious unmanned aircraft were spotted near strategic sites, including oil and gas platforms far offshore over the past few weeks.

The 34-year-old Russian citizen, who said he left Russia to escape President Vladimir Putin’s partial mobilisation order, was found guilty of flying a drone “on several occasions” in southern Norway between October 13 and 20, a district court in Bergen said in its verdict.

While he only photographed and filmed the landscape, this violated a flight ban that Norway, like several other Western countries, imposed on Russians
following the invasion of Ukraine.

The man, who runs a small travel agency, defended himself by arguing that he was not aware of the ban. The prosecution had asked for 120 days in prison, and his lawyer had asked for an acquittal.

Nearly a dozen Russians have been arrested in Norway in recent weeks for violating the flight ban or the ban on photographing sites deemed sensitive,
as the country has heightened security around strategic infrastructure.

Wednesday’s verdict is the first known prison sentence for violating the ban in Norway.

Last month, the Russian embassy in Oslo criticised what it said was a “psychosis” in Norway, a NATO member with which Russia shares a 198-kilometre
(123-mile) border in the far north. 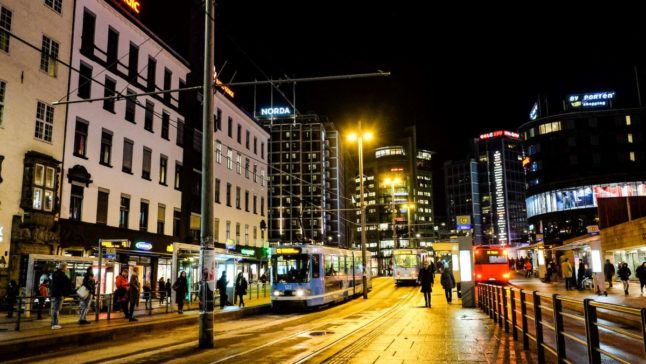 When measured by total incidents, Oslo has the second-highest number of crimes reported out of all of Norway’s counties, according to figures from the national data agency Statistics Norway.

However, this is due to Oslo being the second-most populated county in Norway, after Viken. When using the population to measure crime, Oslo is the county in Norway with the lowest crime rate.

So all-in-all, it should feel like a pretty safe place, right? Well, yes, according to our readers. We ran a recent poll on safety in Oslo, asking foreigners whether they felt safe in the Norwegian capital.

Another reader who didn’t leave a name wrote, “(I’ve) never felt unsafe in the city, regardless of place or time”.

Mark, who regularly visits his daughter in Oslo, said that the capital felt safe as very few people looked threatening or unstable.

“Oslo is safe due to (a) nice culture and awareness among citizens. Even in areas with many immigrants, you might feel strange but not in danger. There is also no conflicts or gangs. You also see police from time to time, and you know that if you need help, you’ll receive (it)”, Ewa, who lives in Oslo, wrote.

Our results align roughly with a survey carried out on behalf of the Norwegian newspaper Aftenposten and public broadcaster NRK which found that just under 80 percent of residents in Oslo felt safe.

Some of those who did respond to our survey did, however, share that they avoided certain parts of the city if possible.

“I feel safe if I avoid some parts of Oslo, (for example,) Grønland, Tøyen, Ankertorget etc at night,” Kari wrote.

“There are parts of Oslo that feel less safe, like Grønland/Grunerløkka, for example. As a woman, I have felt unsafe on my own there because I have encountered groups of men & have been stared at/watched by men & have encountered several drunk/high people before. I feel safe in most parts of the city, though,” Samantha wrote.

Emma, who described the police presence in Oslo as one of the things making the capital feel safe also said that they, too, felt uncomfortable being stared at by large groups of men made them feel unsafe while out and about.

“Men in groups gathered together and following me or watching where I go makes me feel unsafe,” she wrote.

Another who didn’t leave a name pointed to groups of men loitering in unlit areas, which made them feel unsafe in Oslo, even if they felt very safe overall. In 2021, there were 1,846 sexual offences reported to the police in Oslo.

Separately, another resident described several incidents which led to them responding to the survey by saying they felt slightly unsafe in Oslo.

“In only one year, I have seen burglary in my building twice, bikes getting stolen, a terrorist bar attack (in June 2022, the LGBT community in Oslo was targeted in a shooting in the city centre), several stabbing (incidents). Maybe Norway is just too quiet that any accidents like this make us frightened,” the resident who didn’t leave a name wrote.

Norwegians themselves may also be feeling warier following several high-profile shootings in Oslo. According to the survey published by NRK, four out of ten said that they become more cautious when out in Oslo.

The high number of theft the reader witnessed may not be a coincidence, as property theft was the most commonly reported crime in Oslo in 2021. Out of 57,00 offences reported in 2021, 21,000 were property theft, such as bike theft or burglary, according to figures from Statistics Norway.