“I suppose you have to wear the armband now. I would maybe take my chances,” Habeck told German public broadcaster ZDF on Tuesday evening.  “I would be interested to see what the referee does when someone with the armband comes over.”

The rainbow armbands had been viewed as a symbolic protest against laws in World Cup host Qatar, where homosexuality is illegal.

Captains of several European teams had planned to wear the symbol as part of a campaign for diversity during the tournament hosted by Qatar, but they have backed down over the threat of disciplinary action from FIFA, world football’s governing body.

The teams have however come under fire at home for failing to take a stronger stand against FIFA’s stance on the armbands.

Amid the criticism, national team director Oliver Bierhoff suggested that some action by the German players may be possible.

“We will see. This has preoccupied the players a lot,” he told public broadcaster ARD on Wednesday.

Interior Minister Nancy Faeser, who will attend the Germans’ opening game in the Qatari capital Doha, said FIFA’s ban was a “huge mistake”.

Not only players, but fans too should be allowed to show pro-LGBTQ symbols “openly”, she told reporters in Qatar Wednesday.

Security staff at the tournament have ordered spectators to remove items of clothing featuring rainbow logos.

Supporters should “make a decision for themselves” about whether they wanted to wear the symbols, Faeser said.

In a commentary, it said the “courage trophy” can be won by those “who give this World Cup back its dignity”.

“A team that wears the ‘OneLove’ armband and that doesn’t simply cave in. A fan terrace that appears in rainbow colours, a sportsman who turns his national anthem in a song that honours both his country and freedom,” it said. 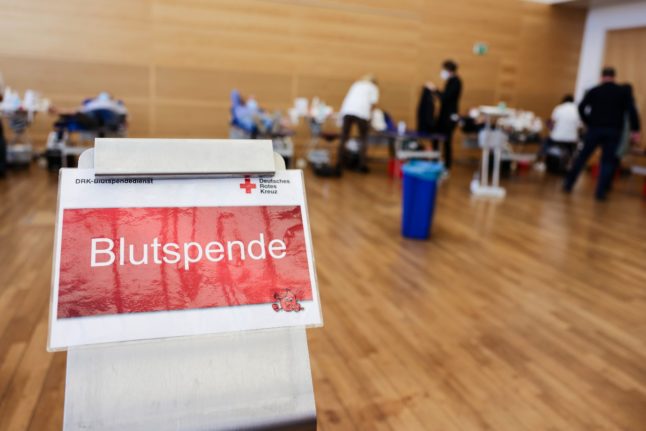 Official guidelines will be adapted so that potential donors are no longer assessed differently based on their sexual orientation, Karl Lauterbach told the RND broadcaster.

“Whether someone can become a blood donor is a question of behavioural risk, not sexual orientation,” Lauterbach said.

“There must also be no hidden discrimination on this issue,” he added.

According to current guidelines from the German Medical Association (BAK), men who have sex with men are only allowed to donate blood if they have not had “a new or more than one sexual partner” in the past four months.

Other people are assessed on whether they are “frequently changing partners”.

The rules date back to the HIV/AIDS epidemic in the 1980s, when gay men were thought to carry a higher risk of passing on the virus.

Under the new rules, potential donors will be assessed only on the “basis of the individual behaviour of the person willing to donate”, according to RND.

An amendment to the law will come into force on April 1st, after which the BAK will have four months to come up with new guidelines, the report said.

Christine Aschenberg-Dugnus, a health expert for the liberal FDP party, said the previous guidelines were “not only out of date, but simply discriminatory”.

“Anyone who wants to donate blood should be able to do so. Because donating blood saves lives,” she said.

SPORT
What is the secret to Switzerland’s Olympic success?
Url copied to clipboard!