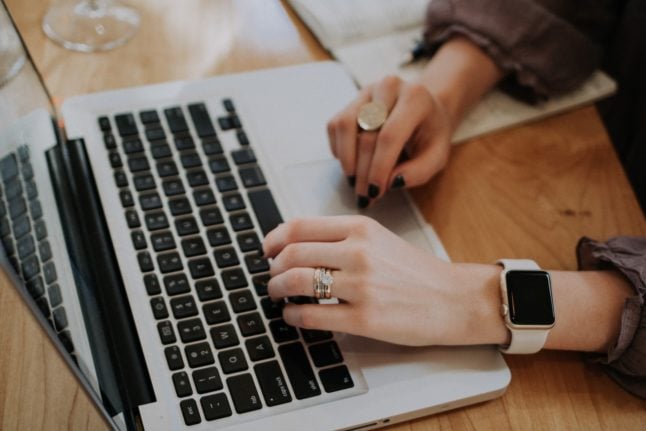 A person working on a laptop. Photo by Christin Hume on Unsplash

Under the deal, Swiss and British service providers are given easier access to each others’ markets.

“The Services Mobility Agreement (SMA) maintains ease of access for service providers following the end of the free movement of persons between Switzerland and the UK with the latter’s withdrawal from the EU,” said a statement from the economic department at the Swiss Federal Council.

The deal “regulates market access and temporary stay for service providers such as business consultants, IT experts and engineers”, said the Council, adding that it “meets a need” in the Swiss economy.

The temporary agreement, which came into force on January 1st 2021, is to be extended until the end of 2025.

Under the deal, Switzerland grants UK professionals seeking to provide a service in Switzerland access for a maximum period of 90 days per calendar year.

READ ALSO: EXPLAINED – What is Switzerland’s deal with the EU?

According to the Swiss Federal Council, more than 4,000 British suppliers have used the 90-day market access option to provide services in the Swiss market since 2021.

The deal also gives Swiss exporters “preferential access” to the UK market in over 30 service sectors, according to the Swiss Federal Council.

In many sectors, service providers no longer need to prove they hold a university degree or have experience in order to be admitted to the UK market.

Meanwhile, some Swiss higher vocational education and training qualifications are now recognised by the UK as equivalent to a university degree. The UK has also simplified some of the procedures for obtaining a business visa.

According to the British government, Switzerland is the UK’s “sixth largest export market for services, worth over £12 billion in exports last year”.

In a statement the UK government said the deal provided certainty for firms in both countries.

“Moving skilled people between countries is vital to services exports, facilitating the delivery of projects and face to face conversations that help to win new clients and get deals done,” said the UK government in a statement. 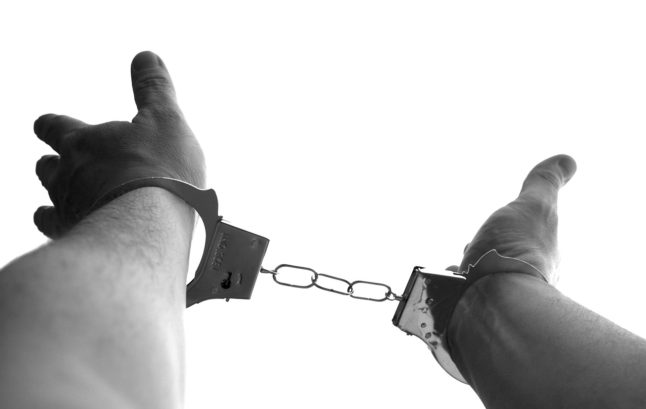 Unlike ‘lower’ type of permits, such as L for ‘short-term residents’ and B for ‘resident foreign nationals’ — which are regulated by various conditions and restrictions — those who have a C permit enjoy almost the same rights as Swiss citizens.

Among them are unrestricted access to employment, being able to change jobs or cantons of residence, setting up own businesses, buying real estate without any restrictions, and having access to educational grants.

The only thing that separates a C permit from a citizenship is the right to vote or run for office.

No wonder foreigners who obtain a C permit guard it with their lives.

READ MORE: ‘Plan in advance’: How easy is it to get permanent residency in Switzerland?

Permit C is also a stepping-stone to naturalisation — that is, if all the required conditions are fulfilled.

This is what happens in the vast majority of cases.

READ MORE: How to apply for Swiss citizenship: An essential guide

However, under certain circumstances, C permits can be downgraded to the lower type of permit – B. While it also grants foreign nationals certain rights, including employment and residency, it is more limited in its scope than C.

When can a C permit be downgraded?

There are basically three scenarios under which a C permit could be ‘demoted’.

One is if you commit a crime — not just in Switzerland, but also abroad — or threaten Switzerland’s security in any way.

In fact, if you are convicted of offences such as murder, rape, serious sexual assault, violent acts, armed robbery, as well as drug and people trafficking, you will not only lose your permit but be also deported from Switzerland.

READ MORE: EXPLAINED: When can a foreigner be ordered to leave Switzerland?

Also, if Swiss authorities discover that you had lied when applying for a C permit, that is considered a valid reason for downgrading as well.

However, your offences don’t have to be of a criminal nature.

You can also see your permit downgraded if you and/or your immediate family rely on social aid.

Switzerland wants immigrants to be self sufficient, meaning that asking for state assistance could be an indication you will continue to do so down the line.

Not only that, but your application for Swiss citizenship will be turned down if you have been on welfare in the three years prior to applying.

And then there is the matter of integration.

Normally, by the time you receive your C permit after five years of residency in Switzerland (if you are an EU/EFTA national) or 10 years (for third country citizens), you should be sufficiently integrated.

However, if authorities find out that you are not (see the link below), your permit will be downgraded.

READ MORE: Reader question: What does being ‘successfully integrated’ in Switzerland mean?