People born outside of Austria rely, in large part, on self-employment or opening up businesses (and then employing other migrants) as a path to working in the country, a study conducted by the Institute of Advanced Studies (IHS) on behalf of the Integration Fund (OeIF) found.

The study, Migration Economy in Vienna (Migrantische Ökonomien in Wien), also found that some nationalities tend to stick to specific industries – which could be partially explained by how migrants rely on informal networks of people of the same origin to start a business.

READ ALSO: Being self-employed in Austria: What you need to know

For example, people from the former Yugoslavia, Eastern Europe and Turkey often work independently in the construction sector. People from China are strongly concentrated in gastronomy, along with people of Turkish, Syrian, Thai and Maghreb origin.

Migrants originally from Asia and Africa, and especially India, Egypt and Afghanistan, are concentrated mainly in postal and courier services, including bicycle messenger services. Finally, the study found that people from Turkey and former Yugoslavia also appear more often than average registered as taxi drivers.

How much money do they bring in?

Figures from Austria’s Chamber of Commerce (Wirtschaftskammer) showed that business owners in Vienna with a migration background generate € 8.3 billion in revenue and create around 45,500 jobs.

Plus, these companies pay around € 3.7 billion every year in taxes and duties.

Walter Ruck, President of the Vienna Chamber of Commerce, said: “Companies with a migrant background not only enrich the diversity of the corporate landscape in Vienna, but they are also an economic factor.”

Who are these migrants?

Part of the survey involved a qualitative research with migrant entrepreneurs in Vienna, but also a comprehensive quantitative data analysis of registered businesses.

Many of the entrepreneurs interviewed were first generation (meaning they were not born in Austria), and most were between 26 and 35 years old and male. In total, the small businesses surveyed employed two to a maximum of four employees, most of whom were related to the owner.

The entrepreneurs with a migrant background who were interviewed generally either did not have higher school-leaving qualifications (known in Austria as the Matura) or have not yet had their foreign certificates recognised in Austria and therefore do not work in their sector of study.

First-generation migrants, in particular, tend to have lower educational qualifications, which has a negative impact on their chances in the labour market, the study said. Because of that, the respondents named a lack of occupational alternatives as one of the decisive factors for starting a business.

Additionally, many of the respondents said they relied on a network of people from their own nationality for help setting up a business. Many of them weren’t aware of the support offered by official bodies, including the Chamber of Commerce.

READ ALSO: What is the new cost of living ‘credit’ for self-employed people in Austria?

The study concluded that language barriers and some cultural aspects played a role, but since most entrepreneurs were interested in getting more detailed information on starting and running businesses, there was potential for better communication and targeting by the public offices. 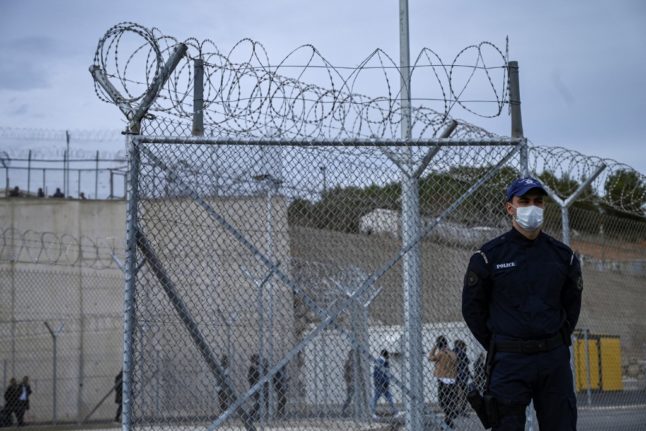 The overall tone on migration has hardened in Europe since 2015-2016, when it took in over a million asylum-seekers, most of them Syrians fleeing the war in their country.

They said it was “high time” for a “comprehensive European… approach for all relevant migratory routes” to tackle irregular migration.

The letter called for “additional financial support” within the existing budget to enhance “relevant operational and technical measures for effective border control”.

Some member states are facing “levels of arrivals and applications equivalent to, or higher than, those seen during the migration crisis in 2015 and 2016,” the letter added.

At the end of January, European Commissioner for Home Affairs Ylva Johansson said she was confident that asylum reform — under discussion since September 2020 — would be adopted before the European elections in 2024.

The EU has earmarked six billion euros to protect its borders for the 2021-2027 period.

Several countries, including Austria, have called for EU funding to strengthen fences along the bloc’s external borders to reduce the flow of asylum-seekers.

But the commission has so far been reluctant, saying that “building walls and barbed wire” is not the right solution.

EU Commission chief Ursula von der Leyen said last month that member states could sign up to a pilot scheme over the first half of this year to speed up screening and asylum procedures for eligible migrants — and “immediate return” for those not deemed to qualify.

Von der Leyen said she wanted the EU to draw up a list of “safe countries of origin”, and for the bloc to strengthen border monitoring on the Mediterranean and Western Balkans routes migrants use to get to Europe.

NORWAY AND SWEDEN
‘Party Swedes, go home’: Do Swedish immigrants get a bad rep in Norway?
Url copied to clipboard!