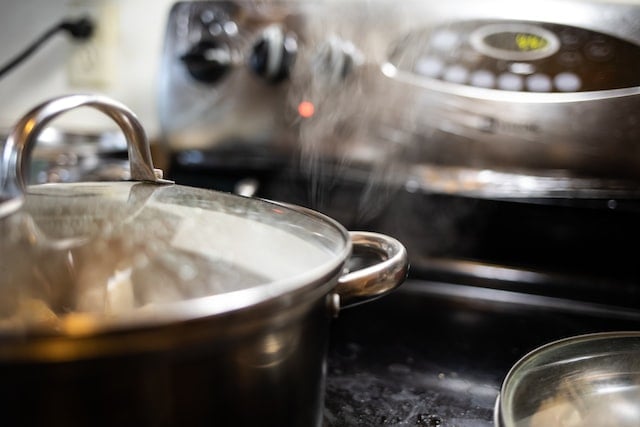 Just like nonna used to make: Italian families say they're reviving energy-efficient cooking techniques passed down through the generations. Photo by Frank Zhang on Unsplash

My granny had a saying: wisdom from the past can always be useful in hard times (saggezza vecchia fa buon brodo: literally, ‘old wisdom makes good broth’).

As families across the world grapple with rising energy costs, in Italy some people are saving money by recovering old techniques and adopting eco-friendly behaviors passed down from the older generations.

Italians have always been a bit spendthrift when it comes to heating homes and enjoying long, relaxing warm showers, but as bills soar attitudes change.

Speaking to medium-income families, I found that some had recently dug into family knowledge handed down across generations to curb energy consumption.

Rosetta Fraire, who hails from a Piedmont peasant family, even has a precious handwritten list of tips written by her grandmother in the 1940s.

“At dinner time once the pasta is boiled and ready to serve we don’t throw away the hot water anymore,” says Fraire, “but keep it hot with the lid on to use for washing the dishes after we’ve eaten.”

“The hot water is full of starch released by boiling the pasta, which cleans away the oils and fats that stick to dishes so we don’t have to use extra running water to wash them, let alone turn on the dishwasher.”

She adds that there’s no need to keep the stove on the entire time the pasta is cooking. Once the water starts to boil, the pasta is thrown in and the stove gas is switched off, the pasta will keep cooking without ever reaching the risky over-cooked point at which it becomes ‘scotta’ (‘inedible’ for Italians).

Families living in the countryside – where temperatures drop sharply at night compared to the city – have already cut down some dying trees to recover firewood, and are rethinking living areas.

If the house is on several floors, as most country homes are, with more than one heat pump usually running, family members crowd together on one big floor to share just the central heat pump.

Reader question: Why are wood pellets now so expensive in Italy?

Not all techniques are old-fashioned or particular to Italy, but Italians are becoming more aware of the need to save energy.

“Before this energy crisis we kept the garden lights on until we went to bed, now unless we’re out we switch them off at 5.50 pm. Showers are shorter, and washing machines are used only during weekends when energy costs are lower,” says Roberto Guerra, a carpenter living in the province of Rieti. 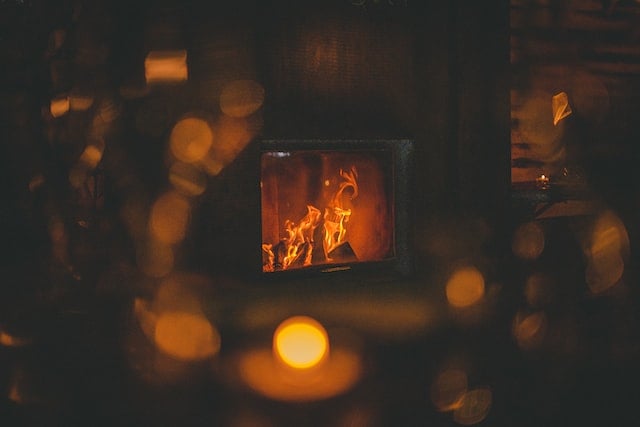 Photo by Ricardo Prosperi on Unsplash

“Instead of throwing away old newspapers we use them as fuel for fireplaces and to isolate windows panes from wetness and humidity coming from the outside, paper is a great insulator. We’ve also started car sharing with our neighbors and relatives.

He also recycles the water collected from dehumidifiers, using it to clean balconies and patios.

“It’s just a matter of making small changes to your daily routines and accepting a few sacrifices that can have huge benefits,” he says.

READ ALSO: From coffee to haircuts: How the cost of living varies around Italy

Guerra also recently purchased an old stove-heater online, something which was popular in households in the 1950s, used both to cook food and to warm the house at the same time through heating tubes connected to the cooking stove that funnel heat to other parts of the house.

In rural Tuscany many locals are also bringing back their ancestors’ cooking techniques.

A team of home cooks and chefs living in the province of Chiusi have ventured into their cellars and dug out old wooden ‘cooking boxes’, or cassette di cottura, used during the first and second world wars when electricity and gas supplies were down to a minimum. They’ve now become popular trendy kitchen objects that are also helping to boost the local economy.

These ‘cooking boxes’ are lined with rough wool from local sheep, retaining heat and allowing the slow cooking of soups, meat, yogurt and even jams. The gas is switched on just to start the cooking process. The wool, left over from sheep shearing, also gets recycled this way. 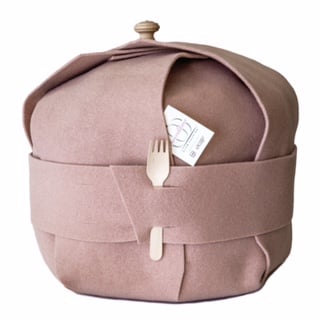 Gloria Lucchesi, who found her grandmother’s instructions on how to build and use a cooking box in her family’s attic, says it’s a super easy method which has saved up to 50 euros per month in gas use.

“Pots full of food are prepared and placed on the stove for just 10-15 minutes to trigger the heating process, then the stove is turned off, the pot is covered with a lid, wrapped in a cloth and placed inside the box,” she explains.

“For the next 7-8 hours, depending on whether it’s meat, soup or tomato sauce, the food will keep slow cooking in a natural way thanks to the thermal inertia of the wool which captures heat and retains it.

“By evening, the meal will be ready to be taken out of the box and placed on the dinner table”, says Lucchesi.

Artisanal cooking boxes, made of cotton, felt and elaborately decorated, can be tailor-made, and recently even restaurants around Italy are ordering them.

I think the use of such techniques is only set to increase, with more people adopting eco-conscious behaviors to cut energy use and protect the environment. Just as there’s no going back on climate change, smart new – or old – ideas are taking hold.