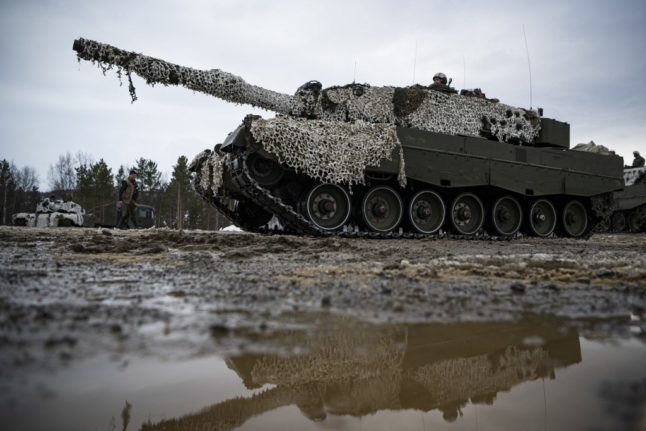 Here's what experts have said about the security situation in Norway. File photo: Soldiers from the Norwegian Armed Forces operate a tank as they participate in the international military exercise Cold Response 22, at Setermoen, North of in Norway. Photo by Jonathan Nackstrand/ AFP)

Norway raised its military readiness earlier this week due to Russia’s aggression in Ukraine and the security policy situation the war has led to in Europe.

Speaking at a recent press conference, Norway’s Prime Minister Jonas Gahr Støre warned that the country was faced with “the most serious security policy situation in decades.”

While the decision to increase the national preparedness level was not based on any direct threat against Norway, according to Støre, the war in Europe and increased tensions are shaping domestic security policy.

In the past few weeks, numerous reports have been about illegal drone activity in the vicinity of strategic objects and energy installations in Norway. Several Russian citizens have been arrested in connection with such activity.

More recently a Russian was citizen detained on suspicion of working under a false identity as a Russian spy at the University of Tromsø.

Neighbourly relations between Oslo and Moscow are at a low point. But is there any real chance that Norway will end up in direct conflict with Russia?

Monday’s decision to increase military preparedness in the country came as no surprise to experts.

“The Norwegian government’s decision to increase the level of military preparedness did not come as a surprise. The decision was taken against the backdrop of various external developments that may adversely affect state and societal security in Norway.

“Key among these are, of course, Russia’s war in Ukraine and the general deterioration of the security situation in Europe,” Kristian Åtland, a senior research fellow at the Norwegian Defence Research Establishment, told The Local.

On the other hand, Tormod Heier, a professor at the Norwegian Defense University College, told The Local that Norway now has a very exposed role in Russia’s war in Ukraine.

“The increased level of preparedness is clear evidence of Norway’s increasingly exposed role in Russia’s Ukraine war. Right now, Norway is probably one of the most crucial actors in the broader conflict in Europe.

“In part, this is because north Norway is a key provider of military intelligence to US and NATO forces, which are deeply concerned about Russia’s submarine-launched nuclear missiles on the Kola Peninsula, some 40 to 120 kilometres off the Norwegian-Russian border in Finnmark county. And partly also because the sea bed outside South Norway has become the most prominent energy reservoir for European gas supply throughout the coming winter.

“Together, the roles of supplying the United States and Europe with intelligence and gas suggests that Norway has become a more valuable target on Russia’s potential ‘target list,'” Heier explained.

Russia and Norway have a long tradition of interacting in the High North – the northern regions of Norway, the Svalbard archipelago, the island of Jan Mayen, and the waters between the Greenland Sea and the Pechora Sea.

Åtland noted that, as things now stand in the High North, it is important for Norway to remain vigilant in the region.

“The High North has traditionally been an important arena for interaction between Norway and Russia. In the current security environment, marked by an increased level of tension between Russia and the West, it is important that we remain vigilant about the risks that we face in this region, including so-called hybrid threats,” the expert stated.

On his end, Heier accentuated that Norwegian and Russian forces have a common interest in not accelerating the tensions in the Barents Sea region.

“The security margins between Russian and NATO forces in the High North are shrinking. This is because Russia has never been more vulnerable since World War II; its conventional forces are suffering heavy losses in Ukraine, while Russia’s key rival, the United States, is back in Europe and the High North with a lot of weapons and a firm leadership – adding to this is Sweden’s and Finland’s slide towards NATO, and the plausible rise of the German Bundeswehr.

“In this context, Russia’s military chain-of-command is likely characterised by some paranoia, leading commanders to pursue strategic deterrence exercises and ‘show-of-force.’ In this tense period, Norwegian and Russian forces have a common interest in not accelerating the tension in the Barents Sea region. Preventing a negative spill-over effect from the Ukraine War to the High North is crucial for both parties.

“This leads to the conclusion that professional and predictable behaviour may still be expected from Russian forces as well as from Norwegian and allied forces operating out from north Norway,” Heier said.

The odds of Norway ending up in direct conflict with Russia

With that being said, what is the risk of Norway and Russia engaging in direct conflict, and are there any immediate threats that pose a significant risk to Norway’s defence?

“As the Prime Minister pointed out at the press conference, the risk of a direct military confrontation between Norway and Russia in the High North is still low, and there is no immediate threat to Norway’s land territory. But Norway plays an increasingly important role as a European energy supplier, with all that this entails.

“In the current situation, it makes sense to enhance situational awareness and step up the protection of vulnerable energy installations and infrastructure,” Åtland said.

Heier agrees, noting that the “odds are extremely low for a direct conflict between Norwegian and Russian forces.”

“On one hand, it is in both parties interest to maintain stability in the Barents Sea region. On the other, Russia has no military capacity to open up a new front or conflict while being in a quagmire in Europe’s second-largest state, Ukraine.

“Furthermore, any conflict between Russian and Norwegian forces is likely to escalate into a larger operation with US forces getting close to Russia’s most important foreign policy instrument – the Northern Fleet’s nuclear force,” Heier concluded.

On Wednesday, the Russian government announced Norway is pursuing a policy that will lead to an escalation in the Arctic and “the final destruction of Russian-Norwegian relations”.

The accusations were put forward by spokeswoman Maria Zakharova in the Russian Foreign Ministry, according to the Tass news agency.

“Foreign military bases have been established in Norway on a permanent basis,” Zakharova claimed on Wednesday.

“Infrastructure has been modernised, modern equipment is being bought in, and Oslo is now among the most active supporters of NATO’s involvement in the Arctic,” she added.

Zakharova claimed that Norway is deliberately following “a destructive course towards the escalation of tensions in the Euro-Arctic region and the final destruction of Russian-Norwegian relations”.

Furthermore, she said that Russia is always open to dialogue but that all unfriendly actions will be met with a “timely and adequate response”. 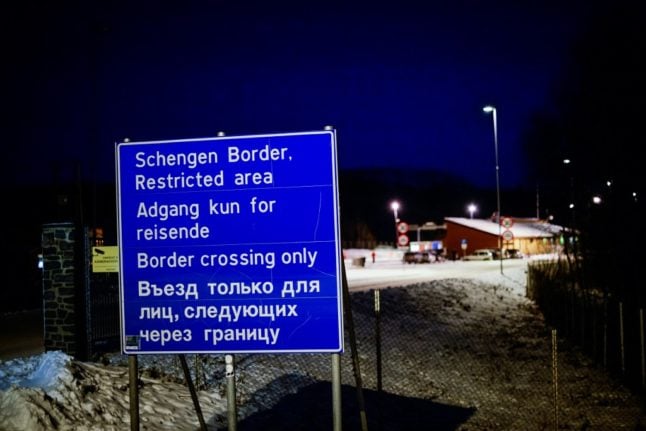 Twenty-six-year-old Andrei Medvedev was arrested for illegally crossing the border to Norway near the Pasvikdalen valley last week.

Police, who did not confirm his identity, said in a statement to AFP that a man was “detained by Norwegian border guards and Norwegian police at 01:58 am
(0058 GMT)” on Friday morning.

“He has applied for asylum in Norway,” said Tarjei Sirma-Tellefsen, chief of staff for the police in Finnmark.

Rights group Gulagu.net has published interviews with Medvedev, including one after his crossing into Norway, where he detailed his dramatic escape.

“When I was on the ice (at the border), I heard dogs barking, I turned around, I saw people with torches, about 150 metres (500 feet) away, running
in my direction,” he said. “I heard two shots, the bullets whizzed by,” he added.

His lawyer Brynjulf Risnes told AFP on Monday that after crossing the border Medvedev had sought out locals and asked that they call the police.

Risnes said his client was no longer in custody, but at a “safe place” while his case was being analysed, and that he was currently suspected of
“illegal entry” into Norway.

“If he gets asylum in Norway that accusation will be dropped automatically,” Risnes said.

“He has declared that he is willing to speak about his experiences in the Wagner Group to people who are investigating war crimes,” the lawyer said, adding that Medvedev alleged he had served as a unit commander for between five and ten soldiers.

According to Gulagu.net, he originally signed a four-month contract in early July 2022 and claims to have witnessed executions and reprisals against those who refused to fight and wanted to leave.

According to Risnes, Medvedev said “he experienced something completely different from what he was expecting” after joining the private mercenary
group, which has been at the forefront of key battles in Ukraine.

Wanting to leave, he said that his contract was extended without his consent.

“He understood that there was no easy way out, so that’s when he decided to just run,” Risnes said.

Upon returning to Russia, Medvedev made contact with rights groups, including Gulagu.net which advocates for prisoners in Russian detention.

AFP has not been able to independently verify Medvedev’s account. Risnes conceded that it was hard for him to judge the merits of Medvedev’s
claims, but said “the involvement of Gulagu.net and other human rights organisations in this case is comforting.”