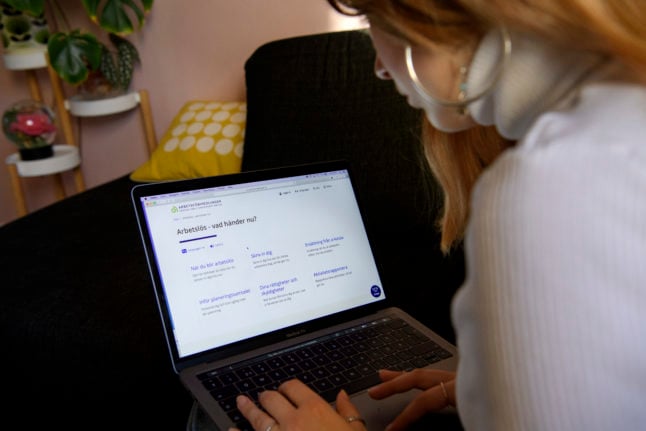 Out of 53 respondents to our (highly unscientific) survey, 28 said they were “slightly worried” about losing their job and 13 “extremely worried”, with the remaining twelve saying they were not worried at all.

Most of the foreign workers who weren’t worried either work in industries or companies expected to weather any downturn or have skills, such as IT programming, of which there is a shortage in Sweden.

“I work in an area of IT that helps businesses reduce costs, so I expect my employer to be busier,” wrote Geoff, who lives in Stockholm. “I keep myself updated with the latest trending technologies,” added Sachin, who like Geoff works in IT.

“My skills are needed in both Sweden and all over the world, and the company I work for can use my skills on those contracts,” said one American software engineer.

Those who were more worried mainly worked in other fields.

One employee for a Swedish religious aid organisation said that a tenth of the staff had recently been made redundant, with a further 25 percent resigning in protest, and that he, as a result, now felt his position was insecure.

What measures have people taken to make their financial positions more secure?

There was a clear division among the survey’s respondents between those who have permanent residency, Swedish citizenship, or EU citizenship, and those who are employed in Sweden on a two-year work permit.

“I am still waiting for my permanent residence permit,” said one. “There is a rule that requires you to be a permanent employee both at the time you apply and when the Migration Agency makes a decision. Current processing times are around six months and this creates a lot of uncertainties. If you lose your job while waiting for a decision, you will lose your right to permanent residence and it’s not clear how much time you will have to find a new job.”

Although many of those on work permits were still members of an a-kassa, Sweden’s heavily subsidised unemployment insurance organisations, they said that they feared they would not receive the full benefits if they were made unemployed, as they risked being forced to leave Sweden.

“If you are a permanent resident or citizen, the employee benefits from a-kassa and unemployment insurance is quite good,” one wrote. “But this doesn’t apply if you are on a temporary work permit. In that case, you will still have to leave the country in three months if you can’t find a new job and I am not sure if you can continue receiving unemployment benefits once your work permit expires.”

However, a significant number of the respondents said they were relying mainly on their own private protection, with several saying they had reduced their spending to build up a cash buffer, others saying they had built up an investment portfolio.

In addition, many said they constantly sought to improve their value as an employee through in-work skills training, working hard and making themselves indispensable.

How did respondents rate the employment protection in Sweden?

In general, respondents rated the system of employment protection in Sweden quite highly, with the 53 respondents rating it at seven out of ten, on a scale from “poor” to “excellent”.

“Strong employee rights and a fairly equal health system are important elements of Sweden’s system,” wrote one respondent approvingly, while another said it was a comfort to know that “there is a process that is more or less in your favour”.

Several respondents added, however, that the system was confusing and difficult to navigate for foreigners.

“Coming from a country where employment laws are written to protect the employer, it’s hard to know all of your rights in Sweden, said one, while another said the employment protection laws were “hard to navigate as an immigrant”.

Some questioned how useful Sweden’s unions were when employers were abusing the system, with the charity employee saying he was “not impressed with the Swedish union model” on the basis of his experience.

“The effectiveness of the union depends too much on inexperienced, ineffective local staff, and unions do not have real teeth they can use in a case where an employer just ignores them,” he argued.

“As strange as it sounds, an employer that is not negotiating in good faith can just ignore and exhaust union demands and complaints. The union is reluctant to take things beyond sending written complaints to the employer. Even in cases where age discrimination occurs, the penalties are so small that claims are not worth pursuing.”

Are foreigners planning on taking advantage of the new opportunities for retraining?

Under new employment reforms which came into force in October, employees in Sweden are entitled to special loans for retraining courses, called omställningsstudiestödet. All employees can from this month apply for a loan for courses starting in January.

Nearly 70 percent of respondents said they would be interested in taking advantage of the new scheme. 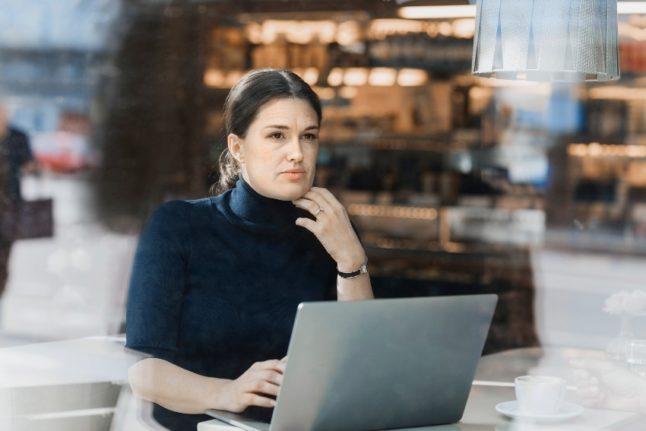 Looking at the statistics, it appears that the answer is “quite hard”.

Firstly, the Swedish Migration Agency seems to taking its time to process applications. Of the 2,255 applications for a talent visa in 2022, only 445 had received a decision at the time this article was published.

Secondly, only about 10 percent of applications appear to be successful.

Of the 445 cases in 2022 which have received a decision, only 48 were granted residency, and of the 121 cases completed so far in 2023, only one extra applicant received residency.

This may of course reflect the quality of applications rather than the strictness of the agency. For example, people who are not able to get a work or residence permit on other grounds could have attempted to get a permit via the ‘talent visa’ route despite not having the required high level of education.

READ ALSO: How do you apply for Sweden’s new ‘talent visa’?