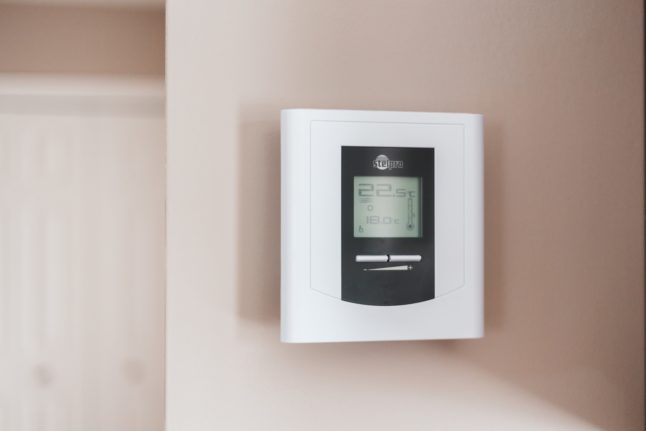 Readers of The Local Norway have shared with us how energy prices have led to them changing their habits. Pictured is a thermostat. Photo by Erik Mclean on Unsplash

Energy prices in Norway have soared over the past year. Prices are high because of low-reservoir filling levels (Norway is dependent on hydroelectric power), the war in Ukraine and soaring gas prices.

As a result, energy bills have also skyrocketed, despite a government subsidy scheme which sees the state pick up 90 percent of the bill when market prices rise above 70 øre kWh.

Even with the support, readers are finding current energy prices incredibly difficult. Just under 80 percent of those who responded to a survey by The Local said they were finding it “very hard” or “fairly” hard, while 11 percent said the situation was about the same as a year ago.

One reader told The Local that current prices left them and their partner fearing whether they would be able to pay their next bill.

“It’s only my husband and me in the house, and the bill for last month was outrageous. We are now turning off heating, only using an oven (to cook), turning off fish tanks all day, and only having five-minute showers, as anything over that costs 60 kroner. It’s now cheaper to have a bath, we now only bathe if needed and use the washing machine twice a week, and in (the) early hours, so electricity is cheaper. Between 6-8pm, when it’s the most expensive, we don’t turn on any large appliances that drain power in the hope that we can pay the bill for next month,” Sarah Louise wrote.

In contrast, just 11 percent said that the situation wasn’t that hard. Those that said that prices were similar to last year or not that hard to cope with were more often living in areas of the country where prices are the lowest, such as central Norway.

Prices in the north and central Norway are typically much lower than elsewhere as those parts of the country have a surplus, meaning more energy is produced than is needed.

Just under 90 percent of those who responded to our survey said that they had changed their habits to reduce their energy bills.

Vivianne, who lives in Larvik, shared a raft of habits she had changed to reduce energy bills.

“(Using the) heating less, turning the lights (off) as soon as I don’t need them, using the oven to cook several things (at once), charging (the) phone, tablet etc. at night, turning off the TV and unpluging electronics I’m not using. (I) go for a walk when I feel cold, once back inside it feels warmer. (I am) going to bed earlier to warm up the bed, wearing more layers inside and (have) more blankets in bed, she wrote.

Another reader, from Oslo, said that they had tried making consuming more energy when prices are lower a habit.

“Use electricity when it’s cheap and trying to distribute the usage more in off-peak hours,” they wrote.

That reader isn’t alone in managing their energy usage around price fluctuations. Last month, energy firms noticed a change in customers’ habits to adapt to energy prices. Electricity prices in Norway fluctuate throughout the day, typically peaking when more people use the grid and falling when less power is being used.

READ ALSO: How people in Norway are changing their habits to keep energy bills down

One reader from India living in Stavanger told us that they’re trying to save power-intensive tasks, like cooking and laundry, until after 9pm and trying to use less power overall.

Planning their energy usage around dips in energy price was the most common answer we received from readers who’d told us they’d changed their consumption habits. Planning laundry around price dips was the most mentioned example of this among readers.

Another common change that readers implemented to try and keep their energy bills to a minimum included turning down the heating indoors, centrally, as well as for underfloor heating.

Given that people are lowering temperatures to try and save money on energy, some are also turning to alternative heating sources to keep their homes warm. The Local has previously spoken to experts in both the fireplace and heat pump markets who have said they have seen a huge increase in demand from people looking for alternative ways to stay warm this winter. 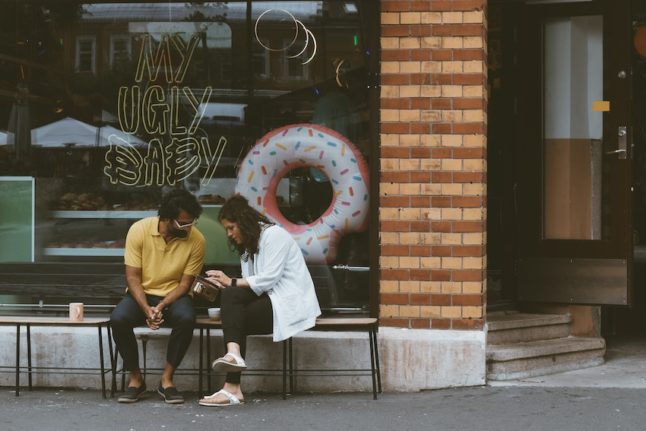 Our survey was far from scientific, and nearly 80 percent of the respondents were women, almost all of whom were in a relationship with or married to a male Norwegian, meaning some of the issues they describe could come down to gender as well as nationality.

They also came from across the world, with the most respondents coming from North America and Western Europe, followed by Asia and South America, and a handful from Australia, South Africa and the Middle East.

The cultural clashes they describe obviously varied depending on where they, the non-Norwegian in the relationship, came from.

“Norwegian men don’t know how to express their feelings,” complained one woman from Italy, who is living with their Norwegian, a complaint echoed by Ana, from Mexico, who agreed that Norwegians “struggle to talk about deep feelings”.

Other respondents said that a reluctance to discuss emotions made it difficult to deal with issues that spring up in the relationship.

“It is common for Norwegians to bury their head in the sand and wait til things in the relationship get better,” said an American man, married to a Norwegian and living in the outskirts of Oslo.

Another American man with a Norwegian girlfriend said that she flipped from being affectionate to distant “on a whim”.

“Y’all are not very expressive with feelings and are like living with cats,” he complained. “Will they be back today or next week!? Who knows!? I’m an American, so we’re much more open and tend to discuss things and communicate.”

“Sometimes he’s rude but I know he’s not trying to be,” said Helen from the UK, adding that she had learned that Norwegians tend to have a very “direct nature”.

Others complained of a lack of conversation in their home life, and an acceptance of silence that had taken some getting used to.

“Norwegians are more comfortable with silence and don’t typically feel the need to fill every break in a conversation with small talk,” said one Polish woman.

The American man in Oslo complained that it was hard to get a proper conversation going.

“Small talk and asking how her day was. Nothing in depth. It’s like pulling teeth,” he said. “Eye contact and speaking to strangers or even close people has been a challenge, as we don’t need to be drunk or inebriated to speak.”

At the same time, several people said that the Norwegian in their life found them too loud, sociable, and liable to strike up conversations with strangers.

Helen from the UK said that her husband accused her of “talking loud or shouting in public”, adding “although I don’t think I do this”.

One South African woman said that her boyfriend disliked her “greeting people randomly” and “inviting others along”.

A surprising (to us) number of respondents said they had a problem with the way their Norwegian partner went binge drinking on the weekends, often abandoning them as they caroused with a gang of male buddies.

One American, who had divorced from a Norwegian partner, said she had struggled with “the Norwegian style of drinking and their relationship with alcohol”.

The Italian woman said her husband “always [had] to get drunk if meeting with friends”, while another American said that she had a problem with her husband “heavy drinking on a night out with the guys, despite knowing the hangover will be extremely painful the next day”.

It wasn’t just the weekend drinking which foreigners found difficult, but the way in which they felt excluded from this part of their partners’ life.

Fernanda, from Mexico, rued the “total independence” her husband showed when he gathered with his friends.

“It’s as if the wife is a total stranger and can’t be part of his gatherings,” she said.

Nationalistic and uninterested in other cultures

Agnes, from the US, complained that what annoyed her about her Norwegian husband was his “thinking Norway or products produced in Norway are better than everything else”, complaining that he was “nationalistic”.

“He thinks his culture is superior. Everything best is Norwegian,” added one of the Italian women.

“My experience is they are very conservative in a cultural way and usually very concerned about Norwegian way,” said a woman from Turkey, who had dated several Norwegian men.

Part of this seemed to involve a doggedly following local cultural norm and rules, with a French woman who lives with a Norwegian saying one thing that annoyed her was “following rules even if they don’t really make sense”.

Several women had a problem with the Norwegian habit of splitting all bills equally or on the basis of what each person ate and drunk, and never picking up the tab.

The South African woman said she had a problem”Splitting costs rather than alternating,” adding that her Norwegian boyfriend was uncomfortable with her comparatively “relaxed approach” to dividing the bill, “which leads him to think I just expect him to pay – although I pay next time.”

One of the women from the US described her husband as “frugal”, complaining that her husband had a problem with her “indulging”, or “spending money on nicer food or flowers”.

What tips did people have to make the relationship work better?

One French woman recommended that you should “love skiing and Norwegian nature”, to make sure you have as much in common as possible, with a Dutch reader agreeing that it helped to “join them on a skiing trip (if that’s what they’re in to!)”

Fully embracing the Norwegian love of the outdoors will definitely help.

“Explain a calm and sensitive way,” said Mary from Australia. “[You] can’t get angry or upset, except for tears, as Norwegians say that is unacceptable.”

You have to have your own friends and your own expats tribe. I’ve been here nigh on 30 years and in the long run your partners circle is not always your circle.

“I’ve learned to lower my social expectations. It is what it is and one word responses like “good!” are about as much as you’re going to get,” said one of the American women.

“Learn that silence can be a sign of the other person feeling comfortable around you,” the Polish woman said.

One American lady said her relationship had improved once she, herself, became “more reserved, and unfortunately, for lack of better word, boring.”

Gently push for change on their part

Several foreigners said they had succeeded in getting their Norwegian partners to be more sociable, and also to discuss their emotions more freely.

“Don’t let their cold attitude get to you: they enjoy the warmth once they get out of their bubble,” joked a Canadian woman, saying she had had to “gently push” her partner “to open up and be more aware of others”.

Have your own friends.

One Australian, who has been living in Norway for nearly 30 years, said that she had come to realise the dangers of spending too much time with her husband’s family and friends.

“You have to have your own friends and your own expat tribe. I’ve been here nigh on 30 years and in the long run your partner’s circle is not always your circle.”

Learn to separate what is a cultural difference from personality

Another woman from the US recommended people in relationships with Norwegians to “just be aware of differences and not attribute them to individuals but more to the population”.

Good advice for any cross-cultural relationship.