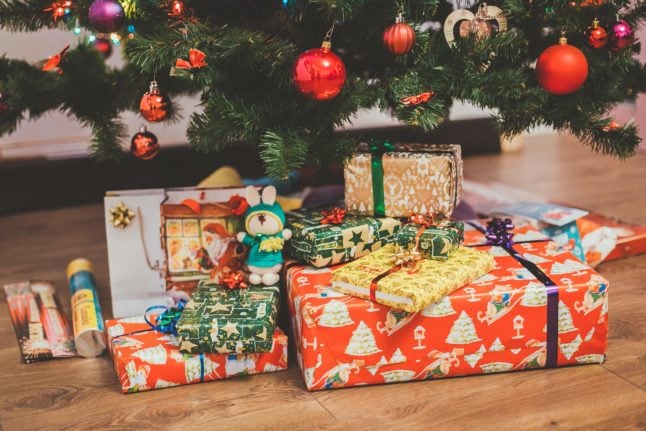 Photo by Eugene Zhyvchik on Unsplash

For Local readers who live in the US, Australia, India and other long-haul destinations, visiting family and friends during the Christmas and New Year’s holidays is a big journey that can only be done by air.

As the first winter holiday season in two years without travel restrictions in place, many who were looking forward to being able to finally see family – but then they checked the ticket prices.

The website Hopper noted that airline tickets in September were 22 percent more expensive when compared with 2019 prices, and 43 percent pricier than in 2021.

The Local asked readers whether travel costs would be an impediment for travelling home this year, and almost a third of respondents said they would not be flying “due to high costs.”

One reader, Mike, is still planning to travel to the United States this Christmas, but he noticed that the cost was “much higher.”

“It actually made a difference on our schedule,” he added.

Another respondent, Kevin said he had noticed tickets to his home in the United States were “about €300-€400 more per ticket.”

Americans are not the only ones dealing with higher prices though. Michelle Newman, an Australian in Paris, has not been back to Australia in over two years.

Even though she will still be making the trip, she noted that “ticket prices have doubled.” Another potential trouble spot for Australians, Newman pointed out was that “there is no longer a direct flight from Dubai.”

Indian readers of The Local have been faced with similar price-related dilemmas when it comes to travelling home. Abhijeet Shegokar, who lives in Paris, said that flights were as much as “60 percent higher” than they normally would be.

This was echoed by reader Swastik Rath, who lives in Lyon and noticed prices to go home were “30 to 40 percent higher.”

For many foreigners living in France, this winter season will represent the first time they are able to head home for the Christmas/ New Year holiday since the start of the pandemic, so some have decided to pay the high prices anyway.

“We had to cancel last year because of Omicron,” said Kathy Gallagher. “Not a chance this year as we have a new grandchild to see!”

In response to ticket prices going up, many readers had advice for how others can affordably travel home this winter.

“Book in advance” was the most common answer. Victoria, who lives in Marseille, said she puts “alerts out on multiple websites.” She recommended patience, packing extra clothes “in case your bags are delayed,” and “[being] willing to change dates.”

Other readers, like Ken who lives in Paris, also advised flexibility with dates: “The flight prices changes depending on your exact depart/arrival date, you could still find decent price if you’re flexible with your travel dates (+- a few days),” he said.

This is an option for those planning far enough ahead – using Google Flights calendar tools and other flight scanning websites, foreigners living in France can save various date combinations for their future holiday and receive periodic price updates. While this takes a bit more wiggle room with exact times and dates, as well as extra planning, but it can be a great way to snag a good deal if one arises.

For some, there were precise timelines for when to book early, one respondent said to do so “three months in advance.”

For those heading back to the UK for the Christmas/ New Year’s holiday, Susan Robinson recommended trying to “travel mid week.”

“I now spend a little more on my flight to get nearer where I live as trains in UK are not reliable because of strikes and taxis are now expensive because of the petrol/diesel going up,” added Robinson.

The other option is travelling outside peak times, and some readers told us that had given up on a family Christmas and were instead travelling in October or November.

While this may not be available to families tied to school calendars, it can be a potential way to save money while still getting to see family and friends.

Many thanks to everyone who answered our survey and shared their tips.

Going through the toll booths on France’s motorway network now costs more – though the average 4.75 percent increase remains below inflation, and is lower than the price rise of between 7 percent and 8 percent predicted last September after Transport Minister Clément Beaune called for “reasonable increases”.

“We are well below the reference inflation rate of 6.33 percent,” Vinci Autoroutes, which manages nearly half of the French network, said in a statement.

Even so, motorists may not appreciate the motorway companies’ efforts to ease the effects of the cost of living crisis, as prices rise unevenly across the board.

Drivers heading between Lyon and Montpellier now have to pay an extra €1.90 to make their journey, up 6.7 percent on last year’s prices; and motorists will have to pay an additional €2.10 to make the five-hour journey along the A4 between Paris and Strasbourg.

In recent years, the annual rate of the annual increases has been lower. Tolls went up 2 percent on average last year, and just 0.44 percent in 2021. The annual increases are based on a formula that takes into account the rate of inflation and the amount of maintenance work undertaken, which is written into the motorway operators’ contracts with the government.

The stretches between Aubagne and Cassis (Bouches-du-Rhône) on the A50, between Villefranche-de-Lauragais and Toulouse sud (Haute-Garonne) on the A61, and between Orléans nord and Olivet (Loiret) on the A10, for example, will see no price increase.

According to Vinci, for every €10 in tolls, €4 is then paid to the government in taxes; €3.50 covers maintenance, modernisation and operating costs; and the remainder repays investors and services debts.

However, motorway operators are regularly singled out for the scale of their profits, recorded at €3.9 billion in 2021, 11 percent more than in 2019.

If you’re driving in French towns and cities, remember that you may need a Crit’Air sticker – full details HERE.