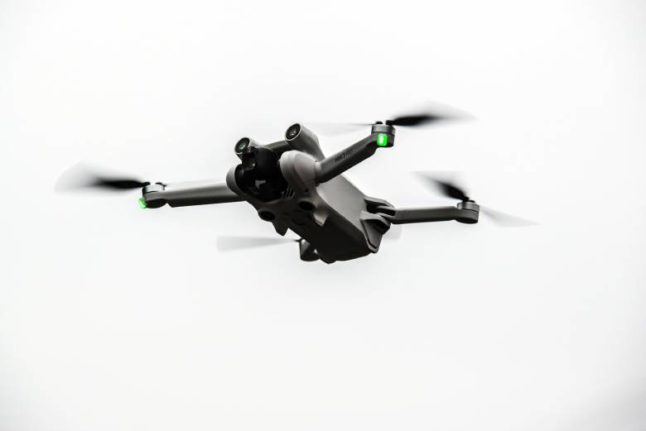 Norwegian authorities believe that increased drone activity in the country is a consequence of the new security environment. Photo by Pedro Henrique Santos / Unsplash

In Finnmark, north Norway, police said Wednesday a Russian/British citizen was arrested on Monday, October 17th, for having flown a drone while visiting the Norwegian Arctic Archipelago of Svalbard.

“The police arrested the man on October 17th in Hammerfest and have seized drones and electronic devices that are for technical review. The content from the drones is of great importance to the case,” police said.

He was charged with breaking sanctions against Russian citizens using drones in Norway that were introduced earlier this year. It is the latest in a series of similar, unrelated arrests, made recently.

The latest arrest has been met with strong words from Norway’s PM, Jonas Gahr Støre.

“It is not acceptable for foreign intelligence to fly drones over Norwegian airports and defences. Russians are not allowed to fly drones in Norway,” he told reporters at a trade union event on Wednesday.

“We do not want anyone to fly this type of craft over important installations in Norway. We say no to it, we will pursue it, and we will stop it,” he said.

The Norwegian Police Security Service (PST), responsible for intelligence and counterterrorism in Norway, said Wednesday it would be taking over investigations into recent drone sightings and arrests involving Russian citizens.

“In order to ensure a comprehensive investigation of these various incidents, the Attorney General has decided that PST will have centralised investigative responsibility when it comes to illegal drone activity on a national basis,” assistant PST chief Hedvig Moe said at a press conference.

In recent weeks, there have been several drone sightings in the vicinity of gas and power plants (such as the Kårstø plant in Tysvær and offshore facilities in the North Sea) and airports (such as the Sola Airport close to Stavanger and Bergen Flesland Airport) in Norway.

After Russia cut its energy deliveries to Europe following its invasion of Ukraine, Norway has become the leading natural gas supplier to Western Europe.

The war in Europe has also affected Norwegian security. The country increased its emergency preparedness level following the Nord Stream gas pipeline blasts in the Baltic Sea in late September, which are widely assumed to result from sabotage.

With domestic media abound with reports of sightings of drones at airports and energy facilities, as well as arrests related to suspicious activities, the Police Security Service (PST) and the Ministry of Emergency Preparedness are now asking people to be alert.

On Monday, the police in Nordland announced that four Russian citizens had been arrested after taking photos of an object which falls under a photo ban.

Following Monday’s arrests, six Russian citizens have been detained in Norway after being caught with drones or photographic equipment in the last few weeks. Currently, there is no direct connection between the arrests and the reported sightings of drones at Norway’s energy facilities.

Here’s what we know about the arrests so far:

So far, no connection has been established between Monday’s arrests and last week’s cases, and police are still looking into the circumstances surrounding the arrests.

For now, the Russians arrested last week are only charged with having broken the sanctions rules that prohibit Russians from flying drones in Norway. It is unknown whether the police have found material that points directly to espionage.

Norway’s Justice and Emergency Services Minister Emilie Enger Mehl says that the developments related to increased drone activity in the country are a consequence of the new security situation.

“Now, the level of preparedness is high, and (our) full focus is on the threat environment around us and the changed security policy situation. The police do an important and good job, and it is good that they are vigilant. It is, therefore, not surprising that they’re uncovering this type of activity,” Enger Mehl said at a press conference on Monday.

“On a general basis, I would say that it is important that we are vigilant in society when it comes to activity that may appear suspicious. This should be reported to the local police. The police have a close dialogue with the PST,” Mehl added during the conference.

She believes the recent cases underline the importance of the preparedness efforts put in place since the outbreak of the war in Ukraine.

On Monday, the Police Security Service (PST) announced that it received several new tips after asking people across the country to be extra vigilant following the arrests.

“The PST is in close contact with the police districts. Naturally, local police take the initial investigative steps. If the grounds for suspicion of illegal intelligence activities are strengthened in the investigation, then it is natural for the PST to take over,” PST’s communications manager Trond Hugubakken told the news bureau NTB on Monday.

According to Hugubakken, the espionage threat from Russia is now primarily aimed at power plants, along with the petroleum and defence sectors. Therefore, the PST wants tips about suspicious incidents near such facilities.

“There is basically no reason to suspect people who’re doing normal things. At the same time, we must not be naive. We have to be alert of suspicious things and report them. Then it will be up to the police and the PST to see if something should be followed up,” Hugubakken added.

“Among other things, (it wants) information on how NATO relates to this conflict. It is not a static state but something that changes all the time. Therefore, they need to gather information about NATO’s attitude towards Russia at all times,” Hugubakken concluded. 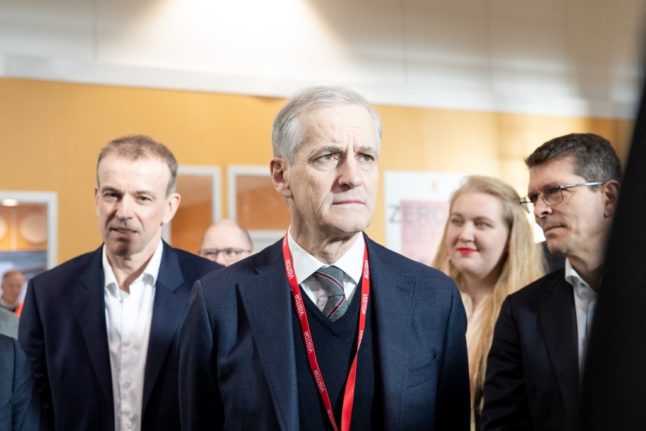 “We are proposing that Norway gives a binding and lasting contribution to Ukraine”, Prime Minister Jonas Gahr Store told reporters.

“We are proposing that 15 billion kroner be given per year to Ukraine for five years, or 75 billion kroner”, he added, after presenting the details of the plan to opposition leaders.

The package is expected to cover humanitarian and military aid to Ukraine and will be divided equally between the two for this year. The final amount of the package may however be changed by parliament, where the centre-left government does not have a majority and relies on the backing of other parties to pass legislation.

Store also proposed a five-billion-kroner increase in aid “to countries in the (Global) South most affected by the war in Ukraine”, due primarily to the
rising cost of food and commodities.

The Norwegian government was harshly criticised last year for reducing its 2023 development aid budget even though the country saw gas revenue soar due to the war in Ukraine.