An employee at a German pharmacy with a negative Covid test. Photo: picture alliance/dpa | Peter Kneffel

In a joint letter, the states of Baden-Württemberg, Bavaria, Hesse, and Schleswig-Holstein called on Health Minister Karl Lauterbach to drop the isolation requirement for people who get a Covid infection in Germany.

Baden-Württemberg health minister Manne Lucha, of the Greens, said there should be a move towards people taking personal responsibility rather than the state ordering an isolation period, reported the Tagesschau.

“We should gradually get into the mode of treating a corona infection like any other infectious disease where the rule is: if you are sick, stay at home,” said the Green politician.

The rules on isolation differ slightly from state to state in Germany, but the general requirement is that people who test positive for Covid have to go into isolation at home and avoid all contact with people outside the household. The isolation period lasts at least five days or a maximum of 10 days.

In some states, and for hospital and care workers, a negative test is required to end the isolation period early.

Several politicians – as well as Andreas Gassen, chairman of the board of the National Association of Statutory Health Insurance Physicians, have previously spoken out in favour of ending all Covid isolation and quarantine obligations.

READ ALSO: Should Germany get rid of Covid mandatory isolation?

The four German states called on Lauterbach, of the Social Democrats, to change the rules by October 10th.

In their letter, they refer to Austria, where the isolation obligation has been replaced by so-called “traffic restrictions” since August 1st.

Under these rules, people who get Covid-19 have to wear an FFP2 mask for 10 days in most places, and they are not allowed to visit nursing homes and clinics. They can, however, go to their workplace.

“The end of mandatory isolation has not led to any relevant increase in reported cases in Austria,” the four German health ministers said in their letter.

They argued that much of the population in Germany is immunised, either through vaccination or infection.

However, Lauterbach has so far rejected calls to get rid of the isolation requirement. He said that due to Covid cases rising, he didn’t want to “add fuel to the fire” and increase the risk of infections occurring in companies or at gatherings.

Bavaria’s health minister Klaus Holetschek (CSU), said he was worried about lots of people having to take time off work to isolate at the same time, which could put pressure on critical infrastructure.

Schleswig-Holstein’s health minister Kerstin von der Decken (CDU), said the adjustment of the isolation rules would be “a step on the way back to normality.” 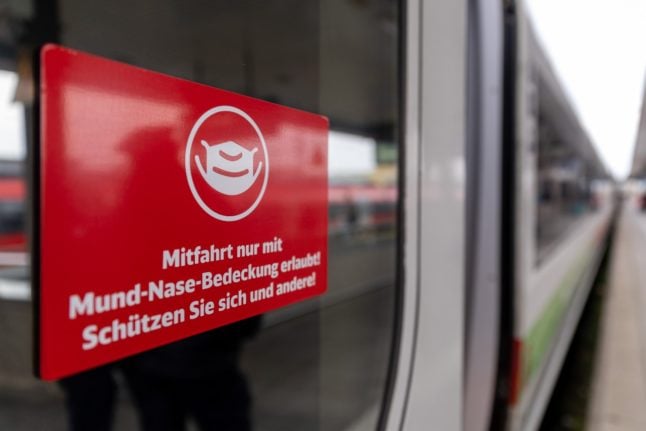 On Monday, German state health ministers met to discuss how to go proceed with Covid regulations this winter. But with regards to wearing masks on public transport, they were unable to reach an agreement.

As a result, on Tuesday, the states of Saxony-Anhalt and Bavaria announced that they will get rid of the mask requirement in local public transport.

From Thursday, people in Saxony-Anhalt can ride buses and trains without masks – from Saturday in Bavaria. The cabinets of the two states justified their decisions on the basis of “a stable Covid infection situation”.

Bavaria’s Health Minister Klaus Holetschek said that a mask requirement for Covid protection is no longer proportionate. Instead, the Bavarian government will recommend people continue wearing masks, rather than obliging them to do so.

Bavarian state leader Markus Söder wrote on Twitter: “The infection situation has been stable for a long time.”

Saxony-Anhalt will also rely on voluntary mask-wearing in local public transport and the obligation will be dispensed with on Thursday, December 8th.

Germany’s most northern state of Schleswig-Holstein plans to decide in the next week on whether or not to end the mask obligation on local transport. Prime Minister Daniel Günther already said recently that his aim was not to extend the mask obligation, which is limited until the end of the year.

However, the state governments of North Rhine-Westphalia, Hesse, Baden-Württemberg, Saarland and Mecklenburg-Western Pomerania made clear on Tuesday that they intend to keep the mask requirement in place for the time being.

What about masks on long-distance transport?

One of the only Covid measures that have been in place nationwide this winter, is the requirement that passengers on long-distance transport still wear face masks. Under the current law, this will remain in place until April 2023.

However, the head of the rail and transport union (EVG), Martin Burkert, spoke out in favour of doing away with the mask requirement on long-distance trains as well.

“No one can understand anymore why masks are still mandatory on long-distance trains,” Burkert said.

“If the regulation is retained, there need to be checks by the federal police, not by railroad staff. While the federal states can decide for themselves whether masks are compulsory on local trains, the federal government is responsible for long-distance trains.”