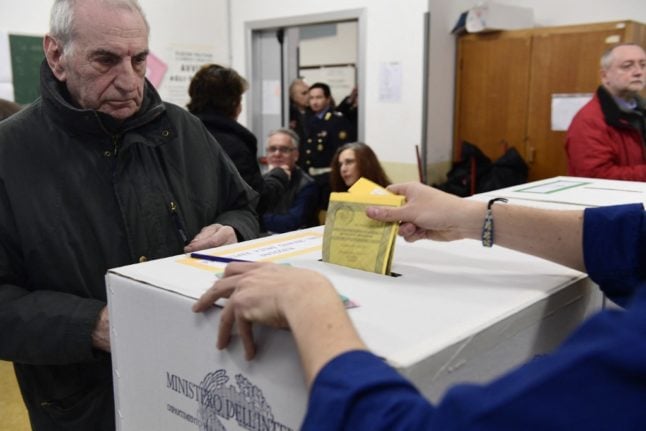 Polls across the country will be open from 7am to 11pm on Sunday, September 25th. Photo by Miguel MEDINA / AFP

7am: Polls open. Barring those residing abroad, voters can only cast their ballot in the municipality (comune) in which they are legally registered to vote and at the specific polling station assigned to them.

Voters will need to turn up at their polling station with a valid identity document and their tessera elettorale (voting card).

READ ALSO: Italian ballot papers: What they look like and how to vote

Also, mobile phones cannot be taken into the voting booths and need to be left with the polling station staff.

Ballot papers for the election of the Senate are counted first. Counting agents turn to the Chamber of Deputies’ ballots only after the first procedure has been completed.

11.30pm: The first exit polls from the country’s leading news media should be out by now. Though generally fairly accurate, polls should not be relied upon blindly – see the 2013 exit poll debacle, for example. 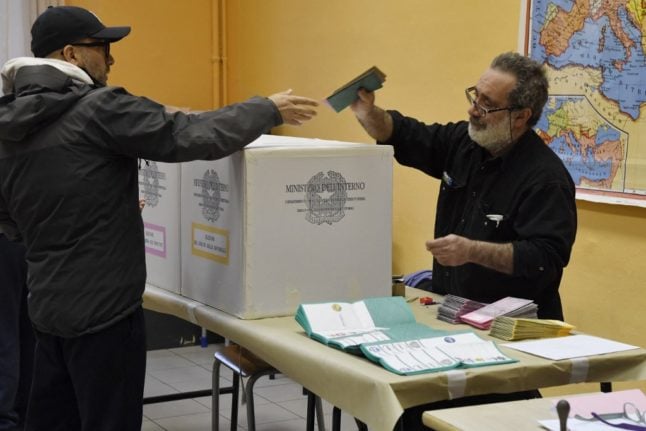 Voters are required to turn up at their local polling station with a valid ID and their own voting card (‘tessera elettorale’). Photo by Andreas SOLARO / AFP

2am-3am (Monday, September 26th): This is generally when the first official projections based on data from polling stations start coming in. These protections are of course usually much more reliable than the exit polls.

8am onwards: Barring a neck and neck contest, a fairly accurate overview of the election’s results should be available by Monday morning.

Naturally, much depends also on the total number of ballots to be counted.

In 2018, Italy recorded its worst-ever election turnout, with only 73 percent of Italians choosing to cast their vote.

According to recent polls, abstentionism might be even worse this time around, with as many as 16 million Italians expected to refrain from voting – Italy has a voting population of just over 46.5 million. 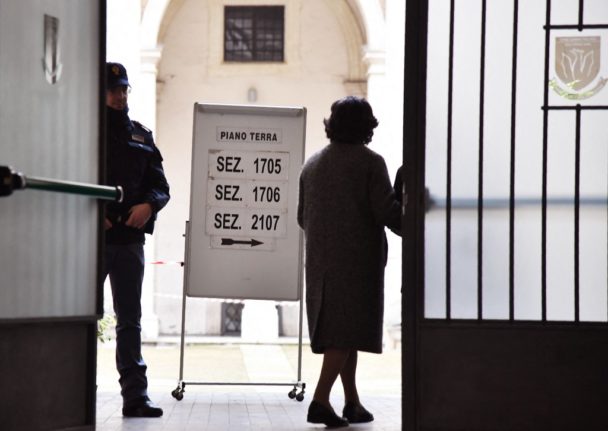 According to the latest available polls, as many as 16 million Italians might abstain from voting on Sunday. Photo by Tiziana FABI / AFP

While being a serious concern for the country’s democracy, a low turnout would make things easier for counting agents and would likely bring the announcement of results forward.

The winners of Sunday’s elections will be known and declared by Monday evening at the latest, though official counting operations, including any potential recounts, will only end towards the end of the week.

The coming weeks: Once counting is complete, the new parliament is formed, with lower and upper house seats allocated through a blend of proportional and first-past-the-post system.

The new parliament will convene on October 13th. After that date, President Sergio Mattarella will start consultations with party leaders to discuss the formation of the new government.

It’ll take at least 25 days for the new government to take up office, though it can also take significantly longer – in 2018, the first Conte cabinet only assumed its powers 88 days (almost three months) after the elections.