The sci-fi shockmeister, whose films include “The Fly”, “Dead Ringers” and “Crash”, received the honorary Donostia award at a gala in the northern Spanish city.

Earlier on Wednesday, the 79-year-old — whose latest film “Crimes of the Future” is a dystopian tale about a future where people undergo surgical alterations for the sake of art and sexual pleasure – said his work was not about seeking to push spectators to the limits but to push himself.

“It’s like I go on a creative journey exploring myself, my relationship with the world. I invent things and see how it feels… do they reveal some truth, something interesting, something entertaining,” he told reporters at the festival.

“And then I say to the audience: this is something I imagined, see what you think. So I’m not really trying to push the audience, I’m really pushing myself.”

When the film, starring Kristen Stewart, Lea Seydoux and Viggo Mortensen, premiered at Cannes in May, it divided the audience, sending many queasy viewers running for the exits but also winning a seven-minute standing ovation.

It will be screened later on Wednesday in San Sebastián.

‘The attraction of the forbidden’

“The appeal of art is to the unconscious, to the parts of ourselves that are still primitive and destructive, so in that way, we as artists are exploring those things that are hidden, that are forbidden, that are not to be acted upon in society, but still need to be understood, and to be expressed,” Cronenberg said.

“The attraction of cinema has always been what is forbidden, whether it’s as simple as sex in a time of repression, when sex was not to be shown on the screen, to other more obscure kinds of impulses like the ones that you might see in ‘Crimes of the Future’,” he said.

Winning the Donostia award was an encouragement to keep making films, he said.

“I used to think if you got an award for your whole career, they were basically saying enough, stop making films but I now realise it’s really to say: keep making films,” he said.

“So I hope to commit more crimes in the future by making more films.”

He said his next project was a film called “The Shrouds” starring Seydoux and Vincent Cassel which would begin shooting in Toronto in spring.

“It’s a very personal project for me. People who know me will know what parts of it are autobiographical,” he said.

Earlier this week, French actress Juliette Binoche was also honoured with a Donostia award for her acting career. 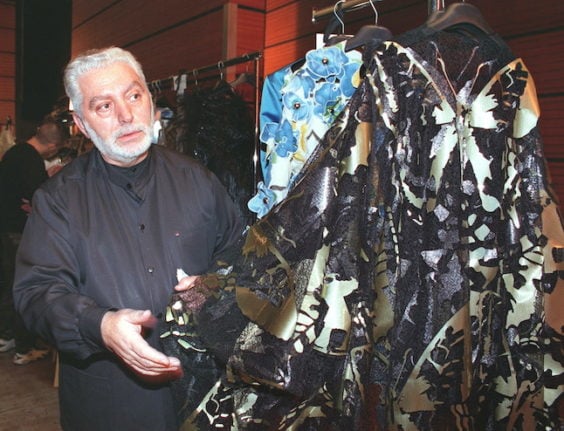 Rabanne’s death was confirmed to AFP by the parent company of his brand, who said he had “marked generations with his radical vision of fashion and his legacy will live on”.

“Paco Rabanne made transgression magnetic. Who else could induce fashionable Parisian women to clamour for dresses made of plastic and metal?” said José Manuel Albesa, of Barcelona-based Puig, which owned Rabanne’s label since the 1960s.

Rabanne was a key figure in the space-age fashion movement of the 1960s, known for using metal and other unlikely materials in his outfits.

He teamed up with Puig in 1968 and they released their first fragrance together a year later, leading to a perfume line that remains one of the most globally popular today.

“A major personality in fashion, his was a daring, revolutionary and provocative vision, conveyed through a unique aesthetic,” said chairman Marc Puig in the statement.

Nicknamed “Wacko Paco” in the 1960s for his often unwearable designs, Spain’s Paco Rabanne became best-known in later years for his globally popular line of fragrances as well as his eccentric beliefs.

Dismissed as “the metal worker” by Coco Chanel, his influence nonetheless carried through many generations and he famously dressed global superstar Lady Gaga in outfits made entirely of paper for her 2011 appearance at the MTV Europe Music Awards.

Rabanne started out as a co-creator of the 1960s space-age movement in fashion alongside designers such as Pierre Cardin, who incorporated the era’s giddy excitement around the future and technological advancements into their clothes.

His 1966 show brought immediate fame and notoriety when he stunned the audience with “12 Unwearable Dresses”, his models dancing barefoot down the catwalk in outfits made of sharp metal and other unlikely materials.

“I have always had the impression of being a time accelerator,” he wrote in typically enigmatic style for a retrospective at Antwerp’s fashion museum MoMu in 2016.

“Of going as far as is reasonable for one’s time and not indulge in the morbid pleasure of the known things, which I view as decay.” 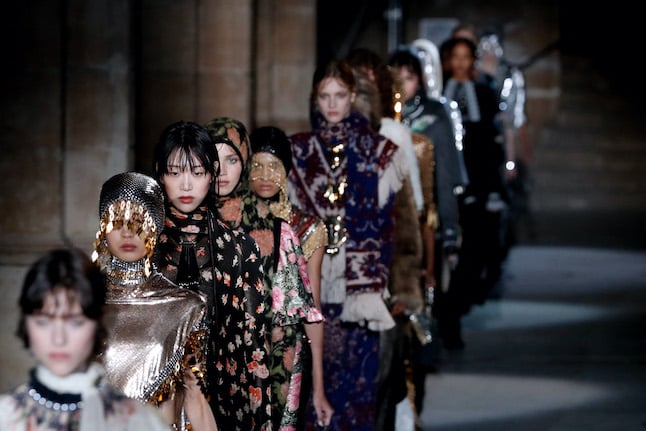 Francisco Rabaneda-Cuervo was born in 1934 in Spain’s Basque region, near the city of San Sebastián, where his mother was a seamstress for the designer Cristobal Balenciaga and his father was an army general.

Rabanne’s life was uprooted by the Spanish Civil War when the army of dictator Francisco Franco turned on his father, a commander of the Guernica garrison, and gunned him down in 1936.

In 1939 his family fled to France and Rabanne went on to study at the Beaux-Arts university in Paris, graduating with a diploma in architecture.

After the media furore around his own line, Rabanne signed a deal in 1968 that brought him under the ownership of the Barcelona-based Puig family, heavyweights in the fashion and fragrance industry.

It marked his entry into perfumes that would see his name become synonymous with cologne, ultimately even eclipsing his fame as a designer.

Ever the provocateur, Rabanne had a penchant for mysticism and esoterism. He claimed to have had multiple lives, to have been some 78,000 years old, to have made love to the Earth, seen God and been visited by aliens.

In 1999 he predicted in his book ‘Fire From Heaven’ that Paris would be destroyed later that year when the Russian space station Mir crashed down to Earth – a claim derived from his reading of the 16th-century French seer Nostradamus.

“To say that Paco Rabanne marches to his own drummer is an understatement,” the New York Times wrote in 2002. “He’s been called a futurist, couturier, mystic, madman, Dadaist, sculptor, architect, astrologer, perfumer, artist and prophet.”