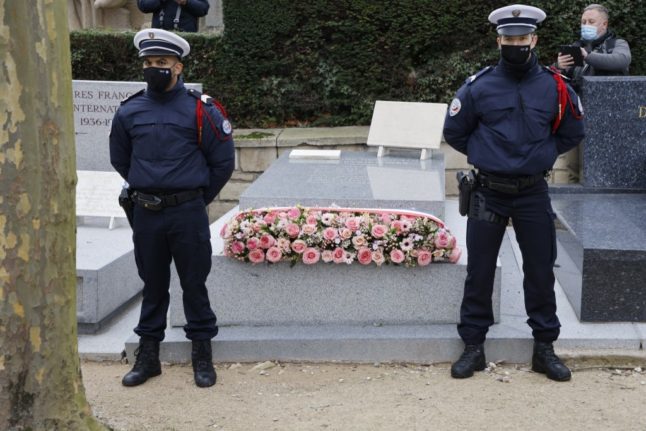 Hundreds of thousands of lives were lost during Algeria's brutal struggle for independence from France. Photo by Ludovic MARIN / AFP

The north African country of Algeria was invaded and colonised by France in 1830 and remained under – often brutal – colonial control until 1962.

It eventually achieved independence after a brutal war in which French historians say half a million civilians and combatants died — 400,000 of them Algerian — while the Algerian authorities say 1.5 million were killed.

It took France nearly 40 years to officially acknowledge that “the events in North Africa” constituted a war and even 60 years on the subject remains an exceptionally difficult and contentious one in France.

Valéry Giscard d’Estaing was the first French president to visit independent Algeria in April 1975, and his successor François Mitterrand said, during a visit in November 1981, “France and Algeria are capable of getting over the trauma of the past”.

Nicolas Sarkozy admitted during his 2007-2012 presidency that the “colonial system was profoundly unjust”.

President François Hollande called it “brutal” and in 2016 became the first French president to commemorate the end of the war, sparking virulent criticism from his right-wing opponents.

Macron, during his 2017 election campaign, also infuriated the right by calling the colonisation of Algeria “a crime against humanity”.

The first French president born after the war, Macron is undoubtedly the French leader who has come the closest to an apology, although still stopping short of the that crucial ‘sorry”, he has said it is time France “looked our past in the face”.

During his first official visit to Algeria after his election, he said he came as a “friend” and was “ready” to see his country hand back the skulls of Algerian resistance fighters killed in the 1850s, currently held in Paris.

In 2018, Macron acknowledged that Maurice Audin, a mathematician and communist who supported Algeria’s struggle for self-rule, had “died under torture stemming from the system instigated while Algeria was part of France”, and asked Audin’s widow for forgiveness.

In January 2021, historian Benjamin Stora recommended in a report, commissioned by Macron, on the colonial legacy the creation of a “memory and truth commission”.

Macron said he would make “symbolic gestures” to attempt to reconcile the two countries but ruled out a formal state apology.

In March of that year, he acknowledged that  Algerian lawyer Ali Boumendjel was tortured to death by the French army in 1957, which French authorities had long denied.

And in September, he appealed for forgiveness for the “Harkis”, Algerians who fought for the French during the  independence war,  many of whom were later executed or tortured in Algeria and in October he described as “an inexcusable crime” the 1961 massacre of scores of Algerian protesters in Paris by French police.

In December, France announced it would open classified police files from the Algerian war 15 years ahead of schedule.

On January 26th, 2022, Macron also admitted that the shooting of unarmed civilians by French soldiers in Algiers in 1962 was an “unforgivable” act, while also acknowledging a second massacre in Oran the same year.

On February 8th, he became the first French president to pay tribute to nine people who lost their lives in the Charonne metro station in Paris 60 years ago at a peaceful anti-war demonstration that was violently repressed by the police.

His gestures, while frequently condemned for not going far enough, have also drawn fury from the far-right, especially Rassemblement National whose founder Jean-Marie Le Pen served as a paratrooper in the Algerian war.

Last October, Algeria recalled its ambassador to Paris for three months after Macron accused Algeria’s “political-military system” of rewriting history and fomenting “hatred towards France” in remarks to descendants of independence fighters.

Macron’s latest visit to Algeria, set for August 25-27, has been billed as a bid to improve the strained ties between Paris and Algiers.

Macron’s desire to fully patch up relations comes as Algeria emerges as a key alternative gas supplier to the European Union following Russia’s invasion of Ukraine.

European nations are seeking to end their dependence on Russian hydrocarbons, giving Algeria – with its pipelines to Spain and Italy – renewed clout and importance.