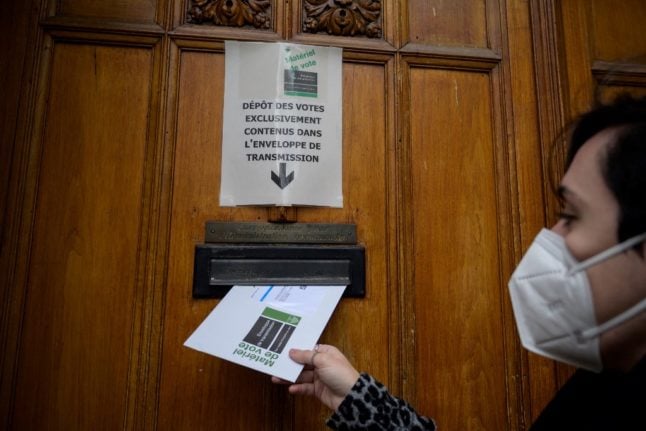 A woman in the French-speaking part of the country casts a vote . Photo by Fabrice COFFRINI / AFP

In most cases, when an election for a public office is held, several candidates compete and campaign for the position.

But if you are a Swiss citizen your name can be added to the ballot against your will – even if you have no knowledge of or interest in politics.

One recent example of such “coercion” comes from the town of Buchrain (population 6,000) in canton Lucerne.

As reported by Blick, the municipality must fill a position of social director, which is an elected rather than appointed role, but no candidates have come forward to fill the vacancy on the town council.

The town has solved this conundrum by adding names of all the residents eligible to serve — Swiss nationals over the age of 18, who have lived in the community for at least five days — to its election roster.

Whoever gets the most votes in the September 25th election will be constrained to serve on the municipal council, no matter how unwillingly or reluctantly.

While  this move is undoubtedly extreme, it is not unique in Switzerland.

Another such example comes from Spiringen, Uri (population 903), where Tobias Imhof was elected to the municipal council against his will in 2017.

If elected, these people must serve, but they do have the right to appeal the voters’ decision.

Objections against one’s own election must have valid grounds, though. Other than suddenly dying (a cast-iron alibi if ever we heard one), they include being over 65 years of age or providing proof that serving in a public office would be detrimental to the person’s health or the local economy.

Can you be elected to a public office against your will?

This is not a widespread or common practice, as in most cases there are enough candidates who are eager, or at least willing, to serve, but it does happen, especially in smaller places.

However it only happens at a local, rather than national, level, so you don’t need to worry that one day you will wake up and discover that you are the president of Switzerland.

Also, for your name to be added to the list of candidates, you must be eligible to stand for election in the first place.

This means you must be a Swiss citizen, whether from birth or naturalised. And being a dual national — that is, of Switzerland and another country — doesn’t exempt you from this civic obligation either. That is because in the eyes of the law, you are considered to be Swiss, regardless of what other nationalities you hold.

Each town could have its own specific eligibility criteria as well, such as the length of residency in the community, for instance.

Additionally, fluency in the language of the region (that is, German, French or Italian) is certainly a requirement too, as no municipality wants councillors who don’t speak and understand the local language.

He is the longest serving member of the Federal Council — Switzerland’s seven-member government — having been a member since January 2009. He has held the finance brief since January 2016 after seven years as the defence minister.

“I have been in politics for more than 40 years, 14 of them in the Federal Council. It is a fascinating task,” Maurer told a hastily arranged press conference.

However, “during the last year, I thought that I still have a lot of energy to do something else”, he said, announcing his resignation.

“I already have plans,” the Zurich father-of-six said, without revealing his intentions, adding that he was leaving “with one eye smiling and one eye crying”.

Maurer served twice as Switzerland’s president — which rotates annually among Federal Council members — in 2013 and 2019.

He chaired the Swiss People’s Party from 1996 to 2008. The right-wing, populist SVP has been Switzerland’s biggest party since 2003.

The Tages-Anzeiger daily said he was “one of the most versatile Swiss politicians of recent decades, unpredictable and agile”.

The election of his successor on the Federal Council is expected to take place on December 7. Ministers are elected by parliament.

The major parties share out the seven seats according to a so-called “magic formula” which has evolved over time.

The left-wing Green Party hopes to secure a first-ever seat with a strong performance in the 2023 parliamentary elections.