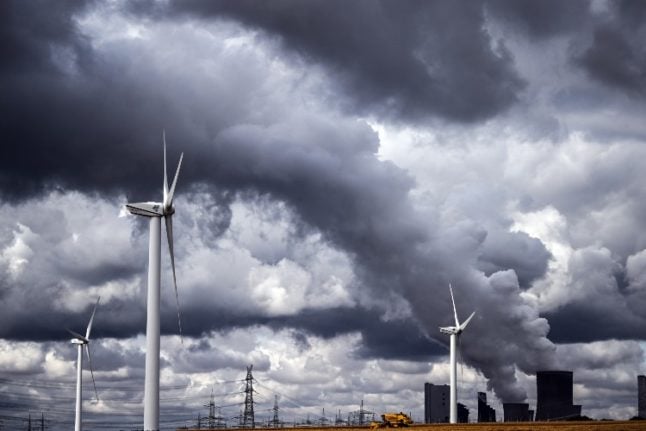 The report commissioned by the economy and environment ministries estimated the impact of drought, floods and extreme heat in Germany between 2000 and 2021 was nearly €145 billion, most of it seen in recent years.

Since 2018 alone, damage to buildings and infrastructure as well as lost revenue in sectors such as forestry and farming in Europe’s top economy reached over €80 billion.

“The numbers sound the alarm for more prevention when it comes to the climate,” she said in a statement.

“We have got to and will invest more in climate protection and adaptation to protect our people.”

Economy Minister Robert Habeck, whose brief includes climate policy, said national measures would have to go hand-in-hand with accelerated global action to “keep the impact of the climate crisis at a bearable level”.

The study showed accelerated effects over time, with the abnormally hot, dry summers of 2018 and 2019 and deadly floods in the Rhineland one year ago recorded as particularly devastating.

However, the authors of the study said their estimates were almost certainly too low as key factors including health effects and the consequences for biodiversity were not included.

The report came as a heatwave engulfing parts of southwest Europe was expected to reach regions of Germany. Scientists blame climate change and predict more frequent and intense episodes of extreme weather. 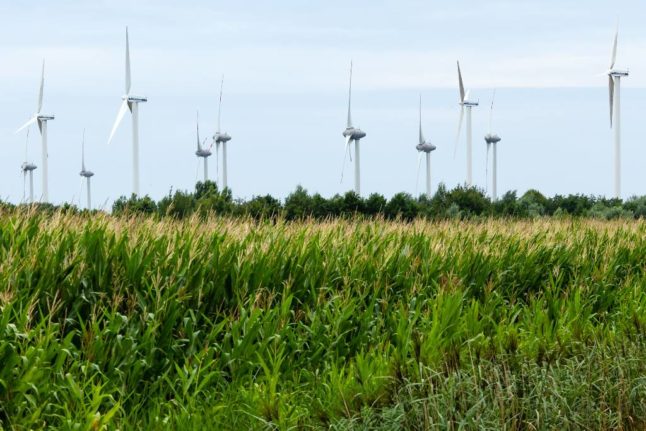 An empty field near Heide in a corner of Germany known more for its cabbage farming is the chosen site for a huge battery factory and potential pillar of the country’s future green economy.

Manufacturer Northvolt chose the location in the northern region of Schleswig-Holstein primarily for the abundance of renewable energy produced by the wind whipping in off the North Sea.

With that power the Swedish company hopes to build the “cleanest” battery factory in the world — which would eventually produce cells for one million electric vehicles a year — reducing Europe’s reliance on Chinese manufacturers.

But massive green subsidies on offer in the United States — totalling $370 billion (339 billion euros) — have unsettled the plans and sent European policymakers scrambling to find a response.

The financial incentives for domestic industries, approved by Washington under the banner of the Inflation Reduction Act (IRA) in August, have put a question mark over the Northvolt project in Heide.

Combined with the surge in energy prices in Europe following the Russian invasion of Ukraine, Northvolt was “at a point where we can give priority to expansion in the United States” with other projects delayed, CEO Peter Carlsson said in October.

In Heide, officials were “surprised” by Northvolt’s comments but remain optimistic that the factory will be built.

The potential for thousands of jobs and creating a new local industry was “very important” for the region, as well as Germany and Europe, Heide mayor Oliver Schmidt-Gutzat told AFP.

Germany’s future as an “auto nation” depended on having a domestic industrial base capable of building “the most important components in terms of added value”, including batteries, local IG Metall union leader Martin Bitter told AFP.

“Europe has to react” to stop industries and jobs from drifting towards the United States, the union official said, calling for more state support.

For its part, Northvolt remained “committed to its expansion in Europe”, a spokesman said. The battery maker was not “stepping on the brake” but pushing forward with discussions on the factory, Bjoern Joergensen, a local government official representing the communities around Heide, told AFP.

Were European officials to agree a response to the IRA, “then they (Northvolt) are more likely to be here”, said mayor Schmidt-Gutzat.

Other industries have started to review their investments. Solar panel makers, such as Italy’s 3Sun and Meyer Burger from Switzerland have already announced the expansion or installation of new projects in the United States.

Dirtier sectors are also exercising pressure on governments to back their efforts to decarbonise.

“I think matching the IRA is almost non-negotiable,” said ArcelorMittal CEO Aditya Mittal, whose group plans to invest 1.7 billion euros to reduce emissions at its sites in the industrial heartlands of northern France.

The European Commission on Wednesday put forward its first proposals in response to the IRA, including a controversial relaxing of state aid rules.

Officials have floated the possibility of creating a new EU fund to back green industries, but the idea has already been strongly opposed by some member states.

“Starting a large-scale and excessive subsidy competition with the United States is not government policy,” German Finance Minister Christian Lindner said at the end of January.

Similarly, German industry is hoping for a response but has warned against the risks of a trade confrontation with the United States.

The two sides needed to hold “discussions between friends”, said Siegfried Russwurm, head of the influential BDI industrial lobby. “Transatlantic cooperation is more important than ever.”

Karine Vernier, head of sustainable investment fund InnoEnergy in France, said the EU should see the US plans “not as a threat, but an opportunity” to boost its own green infrastructure. “The Americans created the IRA for reasons of energy sovereignty, Europe must do the same,” she told AFP.