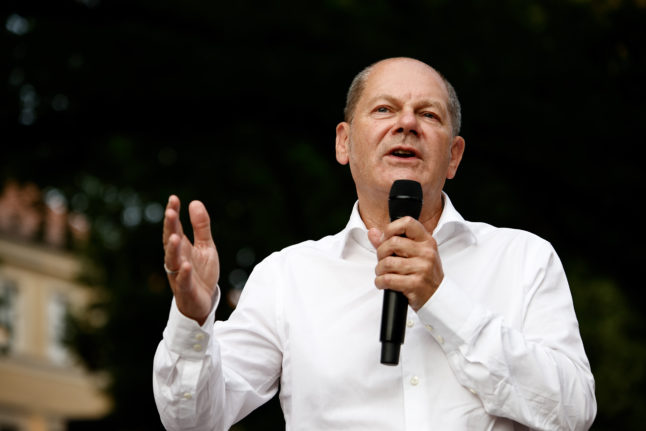 The parliamentary committee in Hamburg is probing why local finance authorities in 2016 dropped a bid to claw back 47 million euros ($48 million) in taxes from private bank M. M. Warburg over so-called cum-ex trades.

Scholz was the mayor of Hamburg from 2011 to 2018 and has struggled to shake off suspicions that he was involved in the decision to let the bank off the hook, despite repeatedly denying his involvement.

Arriving at the hearing, the chancellor eyed the room with a grim expression on his face before swearing that he would tell the truth to the committee.

He then reiterated his innocence, declaring: “I had no influence on the Warburg tax proceedings.”

The scam cost the government billions and has seen dozens of people indicted in Germany, including bankers, stock traders, lawyers and financial consultants.

Warburg eventually had to pay back tens of millions of euros under pressure from Merkel’s federal government.

According to German media reports, investigators have examined emails from the account used by Scholz during his time as the mayor of Hamburg in connection with the scandal.

The grilling in Hamburg comes as Scholz is already facing dismal popularity ratings after his first six months in office were tarnished by criticism over his perceived weak response to the war in Ukraine.

More recently, the chancellor has struggled to reassure Germans over possible energy shortages this winter and the very real prospect of a recession in Europe’s biggest economy.  Scholz also this week faced a backlash over his failure to immediately condemn comments on the Holocaust made in Berlin by Palestinian president Mahmud Abbas.

Scholz’s spokesman Steffen Hebestreit on Wednesday assured journalists that the chancellor would answer all of the committee’s questions and had nothing to hide.

Asked about the scandal himself during a press conference last week, Scholz said he had “commented on these things very extensively and for many hours and will do so again”.

But rumours have continued to swirl, especially over an alleged conversation between Scholz and Christian Olearius, then head of the bank.

Scholz initially admitted meeting Olearius, according to Stern magazine, but later denied having any concrete recollection of the encounter.

The Bild daily on Friday published excerpts from Olearius’s diary in which the banker appeared to describe talks between him and Scholz on October 26, 2016.

“He asks questions, listens, expresses no opinion, gives nothing away as to what he thinks or whether and how he intends to act,” Olearius reportedly wrote after the meeting.

These emails are “potentially relevant to the evidence, as they suggest considerations around deleting data”, according to the reports.

Johannes Kahrs, a former MP with Scholz’s Social Democrats (SPD) party, is also under investigation as part of the Hamburg probe.

According to German media, investigators recently found around 200,000 euros in cash in a bank safe deposit box belonging to Kahrs, though it is unclear whether the find has anything to do with the cum-ex scandal.

By Sebastian Bronst with Femke Colborne in Berlin

ECONOMY
What dollar-euro parity means for American visitors and residents in Europe
Url copied to clipboard!