Why are the strikes taking place?

The majority of the strikes are over pay, with unions saying that the soaring cost of living should mean pay increases for staff. So far there has been no call for a general strike, and each dispute is a separate matter between company bosses and the relevant workers’ representatives.

We will update this story throughout the summer.

The air travel sector is the worst hit so far, with several different strikes called.

Lufthansa – One of Lufthansa’s main unions called the German airline’s ground staff to strike on Wednesday July 27th as part of a wage dispute, heralding “delays and cancellations.” This will impact several airports across Europe. In France, flights with Lufthansa to and from Nice and Marseille could be affected.

Ryanair – Ryanair staff had filed a strike notice for ‘unlimited action’ over the summer, planning for a series of one or two-day strikes throughout the summer in conjunction with staff in other European countries. Pilots with Ryanair in France and Spain reached an agreement to return to pre-pandemic wages, after having taken salary cuts during the health crisis, and have therefore called off industrial action that was scheduled for July 23rd and 24th, and 25th through 28th, respectively.

Easyjet – French Easyjet pilots have written an open letter to the company CEO denouncing the chaos that has already seen the budget airline cancel dozens of flights because of staff shortages, but so far the pilots have not declared a formal strike.

However Easyjet’s flight attendants have been called to strike from July 29th to 31st.

Airport – workers at Aéroports de Paris (which covers Paris Charles de Gaulle and Orly airports but not Beauvais) have called off their strike after reaching a deal on pay with the airport operator.

Staff shortages – in addition to strike action, air travel around Europe has been hit hard by shortages of key staff, and many airports have seen long wait times to check in.

SNCF strike – workers on the French rail operator SNCF held a one-day strike on Wednesday, July 6th, which affected high-speed TGV, the Intercité and local TER trains in all parts of France. Although the dispute remains unresolved, unions say their next meeting with rail bosses will be on September 1st and there will be no more strike notices before that date.

That doesn’t rule out local on disputes on issues not related to pay, but does mean that there will be no widespread, nationwide strikes on the SNCF network over the summer.

Truck drivers blockades – Drivers too are calling for wage increases in what is likely to be the first in a series of events – usually drivers protest by either blockading certain addresses such as business depots or staging opérations escargot – rolling roadblocks on major routes.

Service station strike – employees of French energy giant Total Energies are also in dispute over wages and staged a one-day strike in June. Employees of service stations run by Total Energies walked out, while others blockaded Total’s refineries so that deliveries of fuel could not get out. So far, there has been no notice filed of a second strike day.

So far, most of the industrial action has centred on transport, which is one of the sectors that has the most impact on the daily life of both French residents and visitors. However there are other sectors that are involved in disputes over pay and conditions, notably healthcare. Staff at several hospitals have already staged industrial action – although for healthcare workers a grève involves staging protests outside the hospital, rather than walking out. 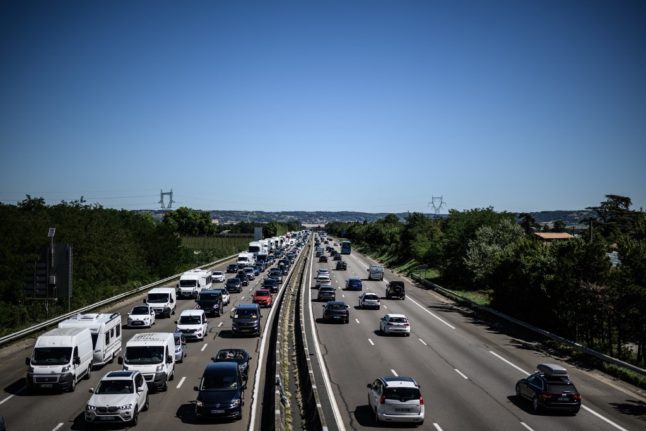 The country’s roads watchdog Bison Futé predicts very difficult travel conditions on major routes across the whole of the country, as holidaymakers head home on the penultimate weekend of les grandes vacances.

On Friday, the traffic monitor advises forecasts no particular problems for anyone travelling to holiday destinations, but advises road users heading home from popular resorts to: 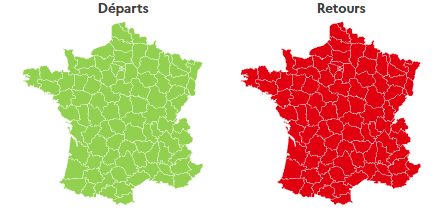 Saturday travel, however, looks set to be more complicated, with Bison Fute predicting ‘difficult’ or ‘very difficult’ conditions in both directions.

For outward journeys, it recommends that motorists should:

For return journeys on Saturday, road users are advised to: 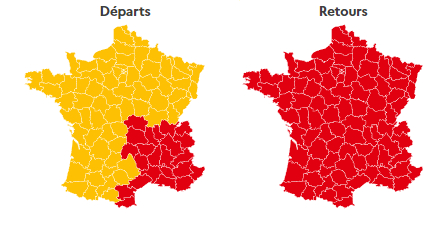 For return journeys, the advice is: 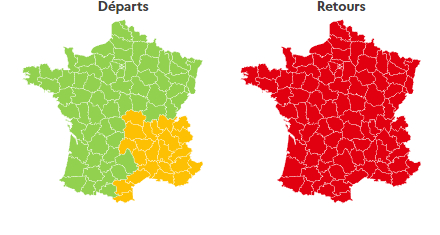 Image: Bison Futé
The government will be back in Paris next week for the first Ministers meeting on August 24th, while schools start the new academic year the following week on Thursday, September 1st.
SHOW COMMENTS