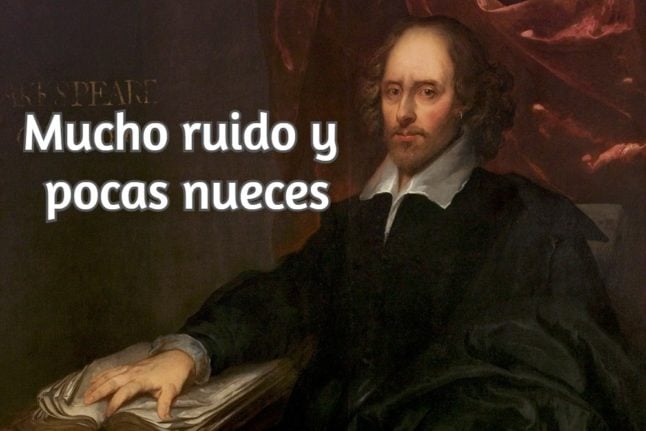 This expression has been found in Spanish literature from years if not centuries before the man from Stratford-upon-Avon put pen to paper. Painting: Attributed to Pieter Borsseler

Mucho ruido y pocas nueces is the way the Spanish have of describing a lot of fuss about something which ends up not being important or lacking substance.

It was the original Spanish translation of William Shakespeare’s late 16th century comedy ‘Much ado about Nothing’ and is used pretty much in the same sense.

However, it can also have a similar meaning to when in English you say ‘full of sound and fury’, ‘full of hot air’, ‘all talk and no trousers’, ‘great cry and little wool’, and so on.

If your level of Spanish is intermediate you’ll recognise that this version of Shakespeare’s title literally means ‘a lot of noise and not many walnuts’. 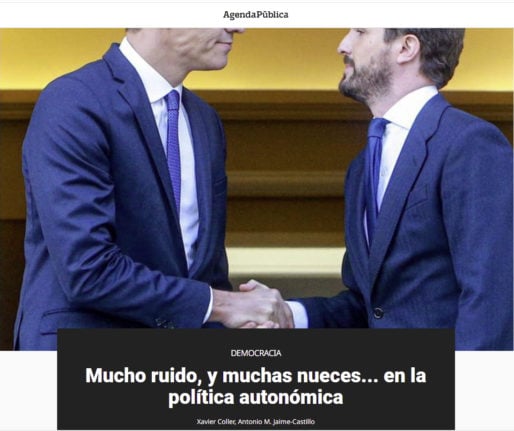 An example of ‘mucho ruido y pocas nueces’ used in the Spanish press, in this case to refer to all the talk but little action of regional politics.

There are reportedly records of this expression in Spanish literature from years if not centuries before the man from Stratford-upon-Avon put pen to paper, such as Juan Ruiz’s The Book of Good Love (1330) or tragicomedy La Celestina by Fernando de Rojas (1499).

According to historians, the nutty analogy of walnuts and loud noises stems from the fact that in ancient times these hard shelled nuts used to be thrown from high up on castle walls and bell towers down to the ground, causing thunderous bangs.

Walnuts were a sort of mediaeval firecracker or banger, suggesting that Spaniards’ love of loudness is deep rooted.

In old times, walnuts were also thrown in the path of the newlyweds during weddings, again causing a bit of a racket and probably one or two injuries (walnuts and other nuts were eventually replaced by rice).

Other Spanish historians believe the expression could have originated as a result of the Siege of Amiens in 1597, around the time Shakespeare published ‘Much ado about Nothing’.

Legend has it Spanish soldiers disguised as peasants threw walnuts against the ground so that the noise would confuse French guards at the walls of the northern French town.

The clamour caused by the walnuts supposedly made the French soldiers bend down to pick them up, while Spanish soldiers seized the opportunity to walk past them and invade the town.

So next time you want to describe a lot of fuss about something or someone which in reality is not important or special, when someone makes threats that are never met, or when big promises are made but never kept, remember the interesting history of this Spanish expression.

He always makes big promises but in the end he’s all mouth and no trousers.

Much ado about nothing. They said The Rolling Stones were coming to the festival but in the end nobody famous is playing.

In today’s fascinating Spanish Expression of the Day, we have a saying which may seem a bit confusing or even shocking to foreigners.

Montar un pollo, which in its literal sense translates as ‘to ride a chicken’ in Spanish, actually means to make a scene.

So if someone is flipping out, running amok, getting excessively angry or boisterous and generally overreacting in a loud and noticeable way, the colloquial way of saying it in Spanish is that they’re montando un pollo.

In fact, there are several other ways of saying that someone is making a scene in Spanish.

But going back to the ‘riding a chicken’ expression. Even though everyone writes it as pollo, the original expression was with the word poyo with a y, which means stone bench or kitchen counter.

It originates from the Latin word podium, which is what Medieval Spaniards would bring with them to town squares, assemble and stand on to get the attention of a crowd when they wanted to give a speech, events which no doubt got pretty noisy and lively.

Montar in Spanish can mean to mount/get on (as well as assemble, ride or whip), so montar un pollo can really be understood as ‘getting on or setting up a podium’, which makes sense in terms of the expression ‘making a scene’.

That woman flipped out at the waiter because he forgot to bring her cutlery.

There are some drunk young people in the square making a scene that you wouldn’t believe.

Do you want to calm down? You’re making a scene and showing yourself up!

All hell broke loose because the boyfriend caught her cheating on him.