The mayor of Fréjus has banned Muslim women from wearing burkinis at the resort's swimming pools or beaches (Photo: Fethi Belaid / AFP) 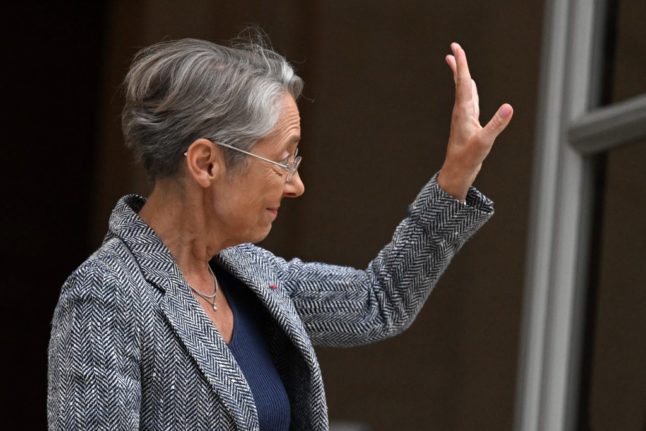 After recently losing his absolute majority in the parliamentary elections, French President Emmanuel Macron reshuffled his cabinet in an attempt to a second term off to a rocky start.

Abad, who has denied the allegations, later told reporters that he had been targeted by a “sinister movement” of “despicable slanders organised around a calendar” designed to drive him out of government after just 45 days.

He will be replaced by French Red Cross director Jean-Christophe Combe.

According to the Elysée, the foreign, finance and defence ministers remained unchanged. This means that Catherine Colonna, Bruno Le Maire, and Sébastien Lecornu respectively will keep their positions.

Gérald Darmanin will also stay in his post as Interior Minister, despite the fiasco surrounding the Champion’s League final and accusations that he lied over the causes of the chaos. Other posts in the 41-strong cabinet – exactly divided between men and
women – mostly went to politicians from the different factions in Macron’s camp.

However, just a month and a half after the last reshuffle, several high-profile roles have been changed, namely that of Clement Beaune, previously the Europe minister, and is known for playing a key role in Brexit negotiations.

In a surprise move, Beaune will now head the transport ministry in a cabinet reshuffle, while the chief economist of the Organisation for Economic Cooperation and Development (OECD) Laurence Boone will take over as the new Europe minister.

The role of government spokesperson was also changed with the health minister from the previous government, Olivier Véran, given the role instead of Olivia Gregoire.

Though the reshuffle replaced one minister accused of sexual assault, another accused minister was set to stay in her position.

Chrysoula Zacharopoulou, who has been accused of sexual assault in her role as a gynaecologist will remain in her current position of Secretary of State for Development, Francophonie and International Partnerships.

Other ministers, like those for health and environment who stepped down from their positions after losing their parliamentary elections, have also been replaced in the reshuffle.

Christophe Bechu, mayor of the Loire city of Angers and a key ally of former prime minister Edouard Philippe, was named environment minister, replacing Macron loyalist Amelie de Montchalin who lost the battle for her seat in the parliamentary elections.

Reactions from across the spectrum

The cabinet reshuffle has not been met with applause by all parties, however. After the announcement of the new environment minister, Greenpeace France criticised the appointment, saying Bechu has “no experience of what’s at stake in the green transition and has almost never taken a stance on national or international questions of climate or the environment.”

The reshuffle was “a message to the troops: loyalty will be rewarded. Looking ahead to the coming months, when passing new laws is likely to come down to just a few votes,” tweeted Frederic Says, a political commentator for broadcaster France Culture.

Far-right leader Marine Le Pen charged that “those who failed are all reappointed” to the government. Communist head Fabien Roussel told broadcaster LCI it “feels like they’re just starting over again with the same people”.

While Macron’s ruling alliance won the most seats in the June 19th parliamentary polls, it lost its majority and will need now to build coalitions to push legislation through parliament.

The outcome was seen as a major setback for the president, who won a second presidential term in May after defeating far-right leader Marine Le Pen.

This reshuffle comes just ahead of French Prime Minister Elisabeth Borne’s government programme announcement, which is scheduled for this upcoming Wednesday, June 6th.