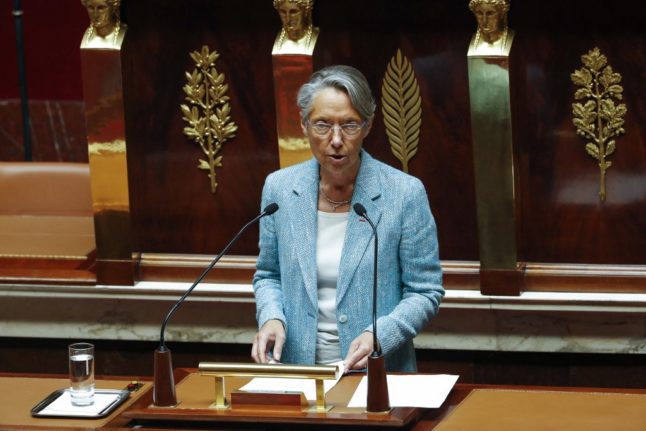 (FILES) In this file photo taken on June 13, 2018, French Transports Minister Elisabeth Borne gives a speech prior to the vote on the state owned railway SNCF reform in Paris. - Elisabeth Borne was named as the new French Prime Minister on May 16, 2022. (Photo by FRANCOIS GUILLOT / AFP)

Élisabeth Borne will be France’s next prime minister, making her the second woman to hold the position in French history.

The Elysee said that Borne would now be charged with forming a government.

After having long ties to the Socialist Party, Borne joined President Macron’s party La République en Marche and became Minister of transport in May 2017.

In July 2019, she became minister of ecological and solidarity transition, and the following year, she was appointed labour minister under Jean Castex’s government.

She began her career in politics in the 1980s, when she worked for the Ministry of Public Works.

Borne has been a favourite for the role for several reasons, namely her ties to the political left, as well as her pro-environment credentials and long career in both public and private sectors.

Nominating what would be only the second female prime minister in modern French history is sure to generate positive headlines.

The last woman premier was Edith Cresson, who headed the cabinet from 1991-1992 under president Francois Mitterrand. Speaking with France’s Journal du Dimanche newspaper on Sunday, she said that the new female PM will “need lots of courage” as the environment remains “macho.”

Macron accepted the resignation of Castex after the pair spoke at the Elysée Palace on Monday afternoon.

READ MORE: What does a French Prime Minister actually do?

The departure of Castex, who was a surprise choice for the role in 2020, and the reshuffle will enable newly re-elected Macron to reshape the cabinet ahead of crucial parliamentary polls in June.

The centrist will need a parliamentary majority to push through his domestic agenda following his re-election, with a new left-wing alliance and the far-right threatening to block his programme.

Those criteria reflect his desire to focus on schools and health in the early part of his second term, as well as the climate crisis which he has promised to prioritise. 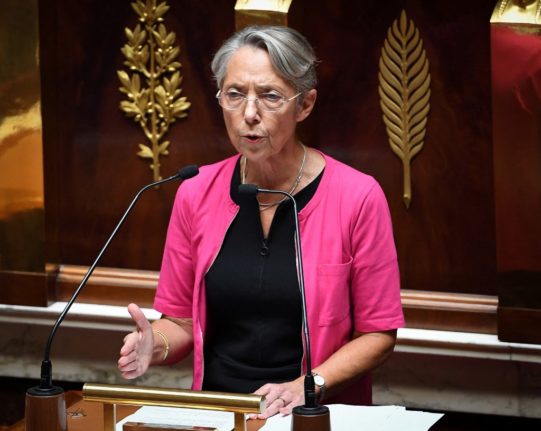 After congratulating newly elected deputies, Borne called on opposition parties to work with the governing party to reform, the French having chosen during the last legislative elections not to give them an absolute majority.

“The French are asking us to take our responsibilities. We will do it. Together we will respond to the challenge of abstention … the demand for action … we will meet the requirement of responsibility,” she said.

“They urge us to do things differently, a sustained dialogue, the active search for compromise. The context obliges us, the war in Ukraine reminds us how fragile peace is”, she continued, also referring to “the ecological emergency which is becoming more present every second”.

She added: “The French are asking us to talk more, to talk better, to build together.”

Among the challenges facing the government, Borne spoke of “environmental responsibility” and “improving the public accounts”.

Here are the key points of her speech:

A bill to help French people with the cost of living and improve purchasing power will be the first major piece of government legislation put to the Assembly, on July 18th.

Borne, heckled by a febrile parliament, singled out the abolition of the TV licence, saying it would “save €138 per year for the French. Taxation will be one of our areas of debate, but it can be a subject of compromise.”

On pensions, Borne said: “Our social model is a paradox: one of the most generous and one of those where we work the shortest. For the prosperity of our country and the sustainability of our pay-as-you-go system (…) we will have to gradually work a little longer”.

She promise to consult with social partners on pension reform.

Elisabeth Borne confirms the government’s intention to hold “100 percent of the capital of EDF” – effectively announcing the re-nationalisation of the energy supplier. “We must ensure our sovereignty in the face of the consequences of the war in Ukraine,” she said.

The State already owns about 80 percent of the business.

“This evolution will permit EDF to reinforce its capacities to carry out in the shortest possible time its ambitious and indispensable projects for our future energy” supplies, she added.

“As of September, we will launch a vast consultation with a view to an energy-climate orientation law,” Borne said.

The “ecological emergency” is one of the government’s biggest upcoming challenges, she said.

“We will undertake radical transformations in our way of producing, housing, moving, consuming.”

“We will be the first major ecological nation to get out of fossil fuels,” the Prime Minister said, indicating that the government was putting nuclear energy at the heart of its green policy. “It is the guarantee of our energy sovereignty, the preservation of our purchasing power.”

She added that it would also create jobs.

Borne welcomed France’s improving employment figures, highlighting the success of apprenticeships, training for job seekers and the Un jeune, une Solution scheme. “Our country can get out of the vicious circle of mass unemployment,” she said.

Borne insisted that “full employment and good employment” is “not an illusion, not an unattainable goal” – but is “within our reach”.

The prime minister also prioritised security in her speech, promising that “Separatism and Islamist extremism will be fought.”

As a result, Borne plans to present a bill for the creation of 200 additional gendarmerie brigades throughout the country. She also called for faster court decisions and for victims to be listened to.

Borne promised to improve teacher salaries, as she pledged “priority action” for schools and young people, and also said the government would continue developing the universal service scheme introduced by Emmanuel Macron during his first term in office.

“During our discussions, I saw another common desire emerge: to build the Republic of equal opportunities”, continues Elisabeth Borne. She assures that President Macron wants to “break the inequalities of destiny to allow everyone to choose their future, to trace the paths of emancipation”.

Borne set out an objective of reducing France’s national debt by 2026, and bringing the deficit below 3% from 2027.

Borne said the question of housing is a major concern for French people and announced that her government has decided to put a ceiling on rent increases, and will work to build new housing.

The prime minister also announced plans to reduce inequality by offering single-parent households with childcare assistance for children up to age 12. Borne also pledged to simplify the student grant system, extend the culture pass from 6ème (age 11-12), and provide 30 minutes of sport for primary school students.

At the end of a speech that lasted 90 minutes, Borne said that she wanted “to write a new page in the political history” of France. “I pledge never to break the thread of dialogue, to build ambitious compromises. The French have called for responsibility, and we will be there. We all have a part to play, we have everything to succeed. Building together, we will succeed.”