A couple of weeks ago, we learned that Oktoberfest would finally return to Munich after two years of pandemic-related cancellations. Cue wild celebrations in the capital of Bavaria, with many clinking of comically large beer glasses and rhythmic swaying to AC/DC. Well, sort of. Let’s be honest, Germans rarely go wild, unless there’s a World Cup on or someone receives a particularly large tax rebate. Of course, Oktoberfest is one of those sanctioned moments of German delirium, and by all accounts organisers expect 2022 to be a very big year for lovers of Lederhosen, Wurst and, most importantly, beer.

READ ALSO: Germany’s Oktoberfest to return in 2022 after pandemic pause

Of the handful of things people know about Germany, Oktoberfest is usually chief among them. Such is the pull of Germany’s largest and oldest beer festival. Although many people know of it, few know its background. Originally conceived as a one-off celebration for the wedding of Ludwig I of Bavaria to Therese of Saxe-Hildburghausen in 1810, it continued to be celebrated to this day – which essentially makes it the longest running wedding reception in history. Though the Bavarian monarchy is now defunct, they have left in their stead something people from around the world can enjoy, as long as they can book a table. 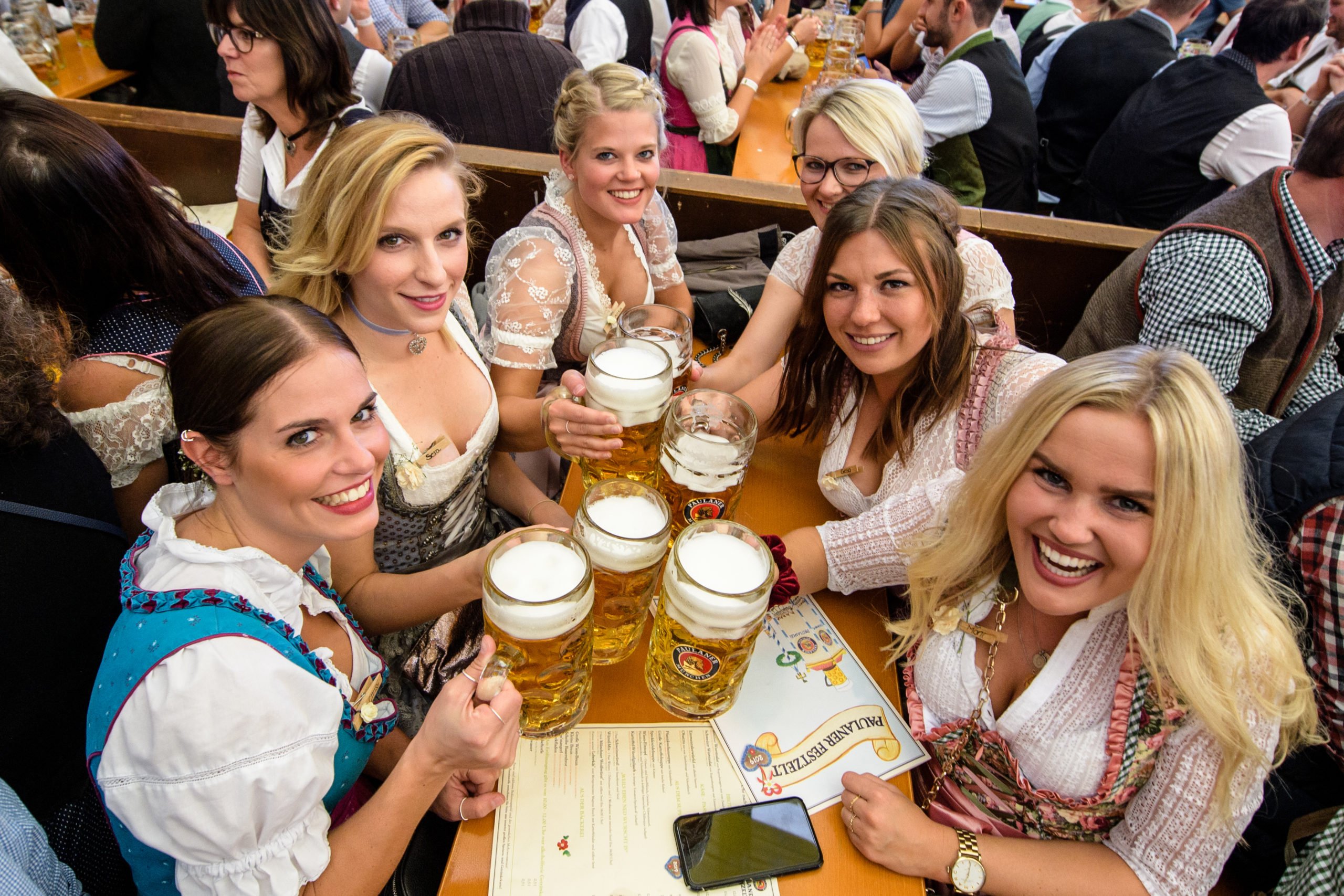 Ultimately, this is one of the major downsides of Oktoberfest. It’s really busy, and with it being cancelled for two years, it’s likely to be all the more busy as revellers flock to enjoy its return. Despite the vast majority being happy to dust off their Trachten (traditional costumes) come September, I know plenty who will be gritting their teeth for the onslaught of drunken visitors to Munich. While the bright lights of the Wiesn, as it is also known, will be front and centre in people’s minds, many Münchner will also remember the vomit-filled bins and mass public urination that always accompanies festivities.

Moreover, and this is where I usually have to speak in hushed tones, the Oktoberfest is probably one of the worst events of its type in the whole country, let alone Bavaria. Sure it has the scale and the brand awareness, but when has that ever been a good thing? Frankly, if I were to choose to go to any beer festival in Germany, Oktoberfest would be way down the list of options. The truth is, every city, town and village in Germany has something similar happening at some point in the year. In some places, it can be as many as three times annually. They aren’t as big and maybe they don’t have all the fairground attractions, but they will definitely have the beer and food. In certain places, such as Franconia, they offer far more than Oktoberfest ever could.

Take one of my favourite festivals, Erlangen Bergkirchweih. Most people outside Germany don’t even know it exists, but it is easily one of the most glorious of events. Situated on a small hill just outside the nondescript city of Erlangen, Bergkirchweih has all the same attractions as Oktoberfest, but with one vital difference: Franconian beer. Sure Augustiner get’s all the attention, but there are ten breweries in the Nürnbergerland alone that could handily match Munich’s favourite beer. 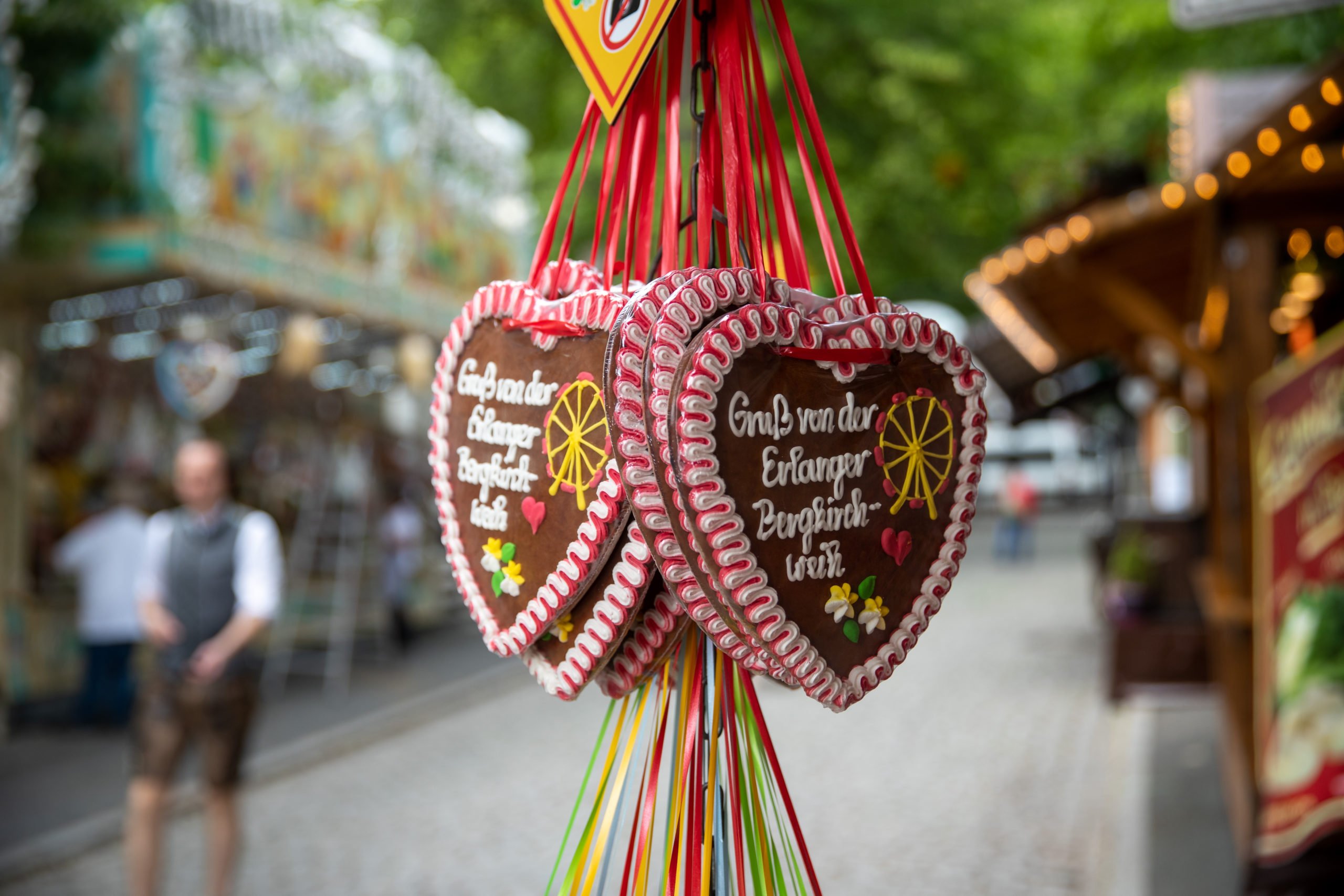 What makes Erlangen Bergkirchweih so special? Well, the beer obviously, but the location is equal to any Maß. Many local breweries have their own little caves calved into the hill, originally used to store beer, but during Bergkirchweih they become little bars all of their own. Honestly, sitting under a canopy of elms, chestnuts and oaks, sunlight flitting down through the branches as you sup on an ice-cold Festbier, there’s really nothing like it.

No one I’ve taken there has ever had a bad time, many of them don’t talk for an hour or so as they take in the surroundings and marvel at the prices, another benefit of not being at Oktoberfest. When my brother first saw it, he was silent for a very long time. Worried he wasn’t enjoying it, I asked if everything was OK. He looked at me, practically misty eyed and said simply: “It’s like a Grimm’s fairytale!”.

Even if you can’t make your way to Bergkirchweih, should you find yourself travelling through Bavaria in the summer, look out for any signs that there might be a Dorffest or Volksfest in your vicinity. Hell, even a Jazzfest will do. They’re basically the same thing, except with added zoot. My advice would be to take the chance and check it out. Sure, you might end up in a tent full of farmers with hands like frying pans, but I guarantee it will be 10 times the experience of the plastic, overpriced, overly busy Oktoberfest. 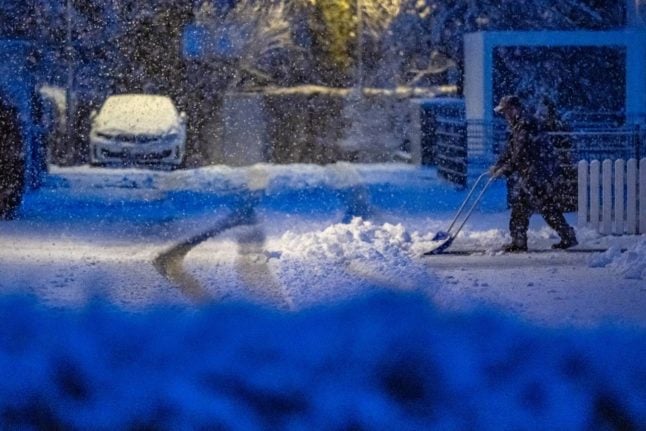