After hours of negotiation, an agreement was made between the United Federation of Trade Unions (Fellesforbundet) and the Norwegian Hospitality Association (NHO Reiseliv) on salaries and conditions for employees in hotels, restaurants and catering.

A total of 1,250 hotel, restaurant and catering employees would have gone on strike from Sunday if the parties had not reached an agreement.

The minimum wage in the industry was 175.47 kr per hour if you are over 20 years old, according to the Norwegian Labor Inspection Authority. (arbeidstilsynet). This has now increased to an extra 4.47 kr to 9.51 kr per hour, depending on how long you have worked in the industry and whether you work shifts.

For employees who have from 4 years experience and work 35.5 hours a week, this means a wage supplement of 9.51kr per hour, Fellesforbundet writes.

“Both hotels and restaurants must be serious and good workplaces, where people stay. We are now raising the level in the industry for everyone, as well as securing greater incentives for those who have worked longer”,  Delp said.

“People should be rewarded for staying in the job. It is the experienced in the industry who ensure competence and training for the many thousands recruited in the years to come,” Delp added.

“It was an expensive settlement. Employers have gone to great lengths to find a solution and avoid strikes. We are nevertheless satisfied with avoiding conflict, as many tourism companies are still in a difficult financial situation after two years of pandemic”, he said. 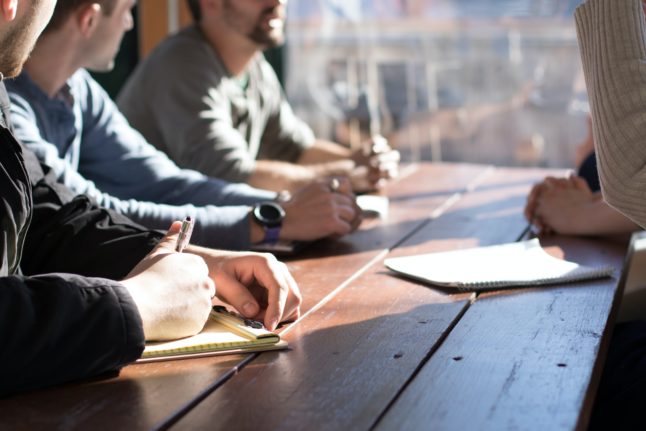 Unemployment in Norway remains at the low level of 2.6 percent of the workforce, according to the latest figures published by the Norwegian Labour and Welfare Administration (NAV) for August,

At the end of the previous month, there were 76,900 registered fully and partially unemployed workers, as well as people looking for jobs receiving assistance from the NAV.

Some Norwegian media commentators and politicians have openly stated that this is a fantastic opportunity to have more people enter the workforce.

In early September, Labour and Inclusion Minister Marte Mjøs Persen stated that employers should make use of the “particularly favourable times” and include “vulnerable groups in the work life.”

According to Mjøs Persen, employers should pay particular attention to applicants with somewhat different skill and experience profiles.

Should employers in Norway take heed of the minister’s words, this year could offer substantial opportunities for international workers looking to find a job in the country.

READ ALSO: Why you should learn Norwegian even if you don’t need it for work

NAV: 2022 is a good year for foreigners seeking work in Norway

The Labour and Inclusion Minister is backed in her assessment by the Norwegian Labour and Welfare Administration, which believes this is a good year for foreigners looking for work opportunities in Norway.

“Developments in the Norwegian labour market this year are good for foreigners seeking work. The demand for labour is very high, and the unemployment rate is very low.

“In fact, the unemployment rate has not been as low as it is now since before the financial crisis in 2008. In 2022, there has been a very high number of vacancies available for jobseekers,” Johannes Sørbø, a Senior Adviser at the Directorate of Labour, told The Local.

Furthermore, Sørbø pointed out that many different industries are looking for workers.

“Other occupations with a shortage (of labour) include cooks and ICT (information and communication technology) and -related professions,” the Senior Adviser noted.

Despite the currently encouraging situation in Norway’s job market, it seems that the positive trend might be short-lived, as several indicators point to adverse developments in the years ahead.

In September, NAV director Hans Christian Holte warned that the decline in unemployment might soon stop and that unemployment had already somewhat increased among young people in August.

On the other hand, Statistics Norway (SSB) also recently updated its economic forecast. In June, the SSB estimated that the Norwegian economy would go through a period of growth during the year.

Now, as the overall situation in the economy has worsened, it believes that Norway is moving toward a recession – most likely within a period of several years – due to inflation, interest rate increases, and international factors.

According to NTB, the national statistics bureau believes that the Norwegian economy will continue to grow during the expected recession but warns that economic activity is likely to decrease, which typically leads to higher unemployment.

Furthermore, it predicts unemployment will increase to 4.2 percent in 2025 – a marked increase compared to the current unemployment levels.

However, not all is negative in the SSB’s new forecast, as the bureau predicts that the increased unemployment and lower economic growth might lead to Norges Bank lowering interest rates at the end of 2023.

READ MORE: Could a recession be on the cards for Norway?