Heather, now, and in 2011 after her family's move to France

Before making the move, even before you start properly planning your move, there are a number of things of which you need to be aware, things that will almost certainly give you a jolt of culture shock and for which you need to prepare.

“I think for a lot of families, a major difference is that in French cities, many families live in flats or apartments. Many British think of an apartment as somewhere you live in when you’re younger, when you’re either flat-sharing or choosing to live in a city centre because you want to be near the nightlife. But that’s not the way it is in France. Here it’s much more common for families to live centrally in large apartments, and when the kids need to get a bit of fresh air, they simply pop down to the park.”

Take the pain out of your move to France. Plan your relocation with AGS Movers


It’s not just the British that find it strange not to live in a house with a garden. “We met lots of American families who just didn’t understand it, either. In the US, once you get a family – you move to the suburbs. But if the French work in a city, and they have a family, they will live in the city in an apartment. So newcomers from other countries will have to adjust to this difference.”

Heather has herself experienced relocating to France, and that’s why she can empathise with AGS clients who are relocating. It’s a key reason why she loves working in the relocation industry.

“Also you should beware of bureaucracy and administration,” says Heather. “The French administration system can be a bit of a challenge. It’s totally different to the system in the UK.”

“When I moved here permanently in 2011, I thought I’d easily integrate into French life. I was fluent in French and I’d been to university here, so I thought it would be simple. But it wasn’t. It was much trickier than I expected. It was quite bureaucratic.”

France’s much-vaunted free healthcare system needs patience to negotiate, too, according to Heather.

“Administration-wise, France can be complex. Applying for the carte vitale (the French health insurance card that allows those who have one to have most or all of their health costs either covered or reimbursed by the state) can be frustrating and time-consuming, especially if you’re navigating the waters on your own and don’t speak fluent French. It’s hard to get hold of, but once you have it, it’s very efficient.” 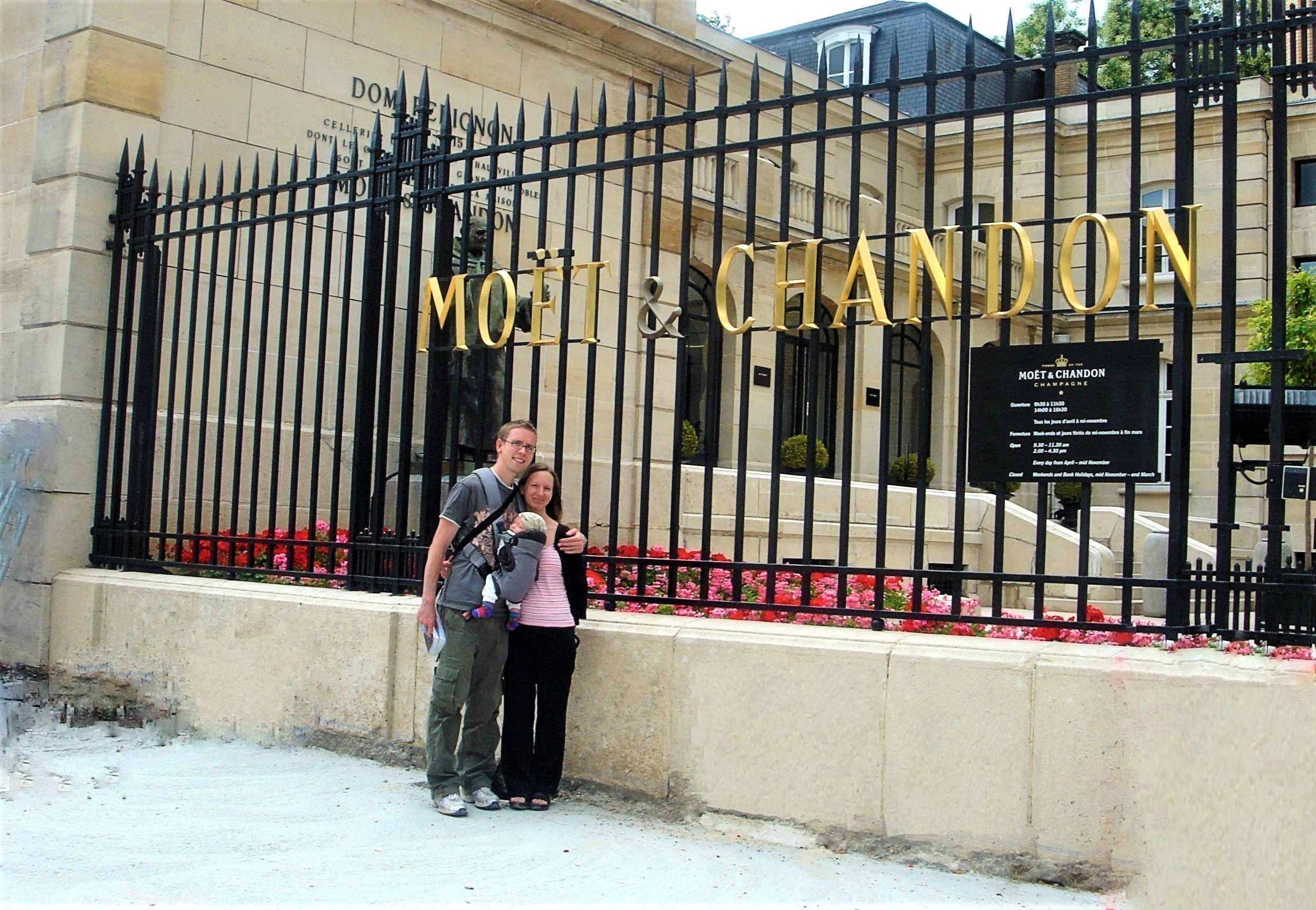 Heather and her family just after their move to France.

But there is a way to lessen culture shock, to reduce stress levels and make the process smoother. Because, according to Heather, the hardest part of moving to France is not the logistical problem of actually moving house, it’s preparing for a completely different way of life.

“When we relocated to France the planning was monumental,” Heather says. “I really advise people to start planning as soon as possible. But the actual nuts and bolts of the physical move were not the things that kept me awake at night. It was all the little details, such as registering in France, sorting out healthcare, and getting our eldest child into an international school. I was also pregnant. So, that was another huge cause of anxiety. What did I need to do to register with the maternity system in France? I knew it was completely different in France. That was such a worry at first.”

And, of course, there’s the language barrier. “You really need at least a little French,” says Heather. “It’s not as if most people can’t speak English, but if you went to an office, unless it was an office of a British company where most of the staff were British, the language would be French. Whereas I think you’d probably find in the Netherlands or some of the Nordic countries you could get away with not speaking the local language, that’s not true in France. I would say you really need to speak a decent, minimum level of French to really integrate in any way.”

Zap that culture shock by planning your move to France with AGS Movers. Get a quote here

But, luckily, Heather had employed a relocation company to help them. “I really appreciated having a relocation specialist to help us. Obviously they packed up our house, and gave us advice on house-hunting, but it was the other stuff, the stuff that had been keeping me awake at nights, that they really helped with. For instance, with finding a school, they take your hand and say, ‘These are your options. This is where you can go. There are these international schools, or you can put your kid into a French state school. We will hold your hand, guide you, and take you through these things.’ They guided us through the whole moving process and all the fine details thereafter. And of course the relocation company also guided me through the labyrinthine process of being pregnant in France. That made such a huge difference.”

There’s been research on cultural integration and the process has been broken down into four stages.

“At first you’re nervous before you go,” says Heather, “and then when you get to your new home, you have this whole excitement of being there, drinking wine with locals, having fun, and you think, ‘Wow, this is the best thing I’ve ever done in my life.’

“Then that stage ends and you start to live life normally, and it’s really difficult. Everything is new and hard. And then you’re thinking, ‘I don’t know what I’ve done. This is awful. Everything’s so difficult. Why did I do this? Because I don’t know how to do any of these things that I need to do for everyday life.’ Then eventually that passes and you learn and it becomes normal again. And then, finally, you don’t want to go home because you can’t remember how it works in the country you came from.

“At AGS Movers, we accompany more than 85,000 families with their moving and relocation process every year. We also offer HR services, immigration and destination services to help private clients, as well as supporting employers to enable their employees to transition smoothly. AGS manages every move with professionalism, expertise and experience.”

Make your relocation much less stressful by contacting AGS Movers

The French ‘courtier‘ is usually translated as a broker, and the Notaires Association describes their role like this: “the broker is a true intermediary in banking operations. His/her role is to negotiate the best rates for you, but not only that: they will also find the most advantageous financing conditions for the realisation of your project.”

Essentially they act as an intermediary between you and the banks, so they’re only required if you need a mortgage or a loan in order to buy your French property.

Their job is to research the best deals for you and then to help you put together your application and ensure that all your paperwork is correct – unlike the notaire, instructing a courtier is not a required part of the process, so the decision on whether to instruct one is up to you.

So is it worth it?

Among French buyers, around 30 percent of mortgages are obtained using the services of a courtier, and this rises to 60 percent among young, first-time buyers, who generally find it harder to access credit.

Some of things to consider are your level of French and confidence in negotiating French bureaucracy, your financial situation (since French mortgage lenders tend to be stricter than those in the UK or US) and whether you currently live in France or not (since there are extra hoops to jump through for overseas buyers).

READ ALSO Is now a good time to buy a home in France?

“In France it is all paper-based, very old-school and extremely bureaucratic, a different world entirely to the UK. Preparing the client “dossier” so that it will be accepted is an art form.”

READ ALSO MAP: Where in France can you buy property for less than €100k?

He advised non-resident international clients, particularly, who may not be au fait with the French system to seek the help of a broker who knows the ropes.

“The question is no longer really about savings,” he said. “It is about finding a bank that can actually lend to the client profile, interests rate are secondary.

“It occasionally happens that one bank can be played off against another, or to shop around, but it’s a rare event nowadays.”

And he had no hesitation in recommending that prospective buyers find a broker to sort out the financing.

“The lending market has tightened for international buyers and a good one is worth their weight in gold,” he said.

In France, you make an offer on a property and then you begin the mortgage process (while in the UK it’s the other way round) so problems in getting your mortgage approved could lead to you losing your dream property.

“[Using a courtier] can be the difference between buying and not,” added Trevor.

“It’s not just any possible language barrier – but understanding the process and the different players in the market.”

The cost of hiring a courtier is borne by the buyer – but how much do they charge?

The courtier usually charges a percentage of the total mortgage amount – fees must be fixed in advance and are only payable once your mortgage application has been approved.

Fees vary between different areas and different businesses, but the average fee is €2,000, which amounts to around one percent of the purchase price.

Many brokers set a minimum amount – around €1,500 – for smaller loans, and take a percentage of larger loans, so how much you pay depends on your property budget.