European Union flags are seen outside the European Council's building in Brussels on March 17, 2022. (Photo by Kenzo TRIBOUILLARD / AFP)

In 2021, 23.7 million non-EU citizens were living in EU countries, making up 5.3 percent of the total EU population, according to the European statistical office Eurostat.

This number now includes about a million UK citizens, which is no longer an EU member. In comparison, some 13.7 million EU citizens live in an EU state other than their own.

In relation to the national population, citizens from countries that are not part of the EU represent the majority of non-nationals in most EU states. 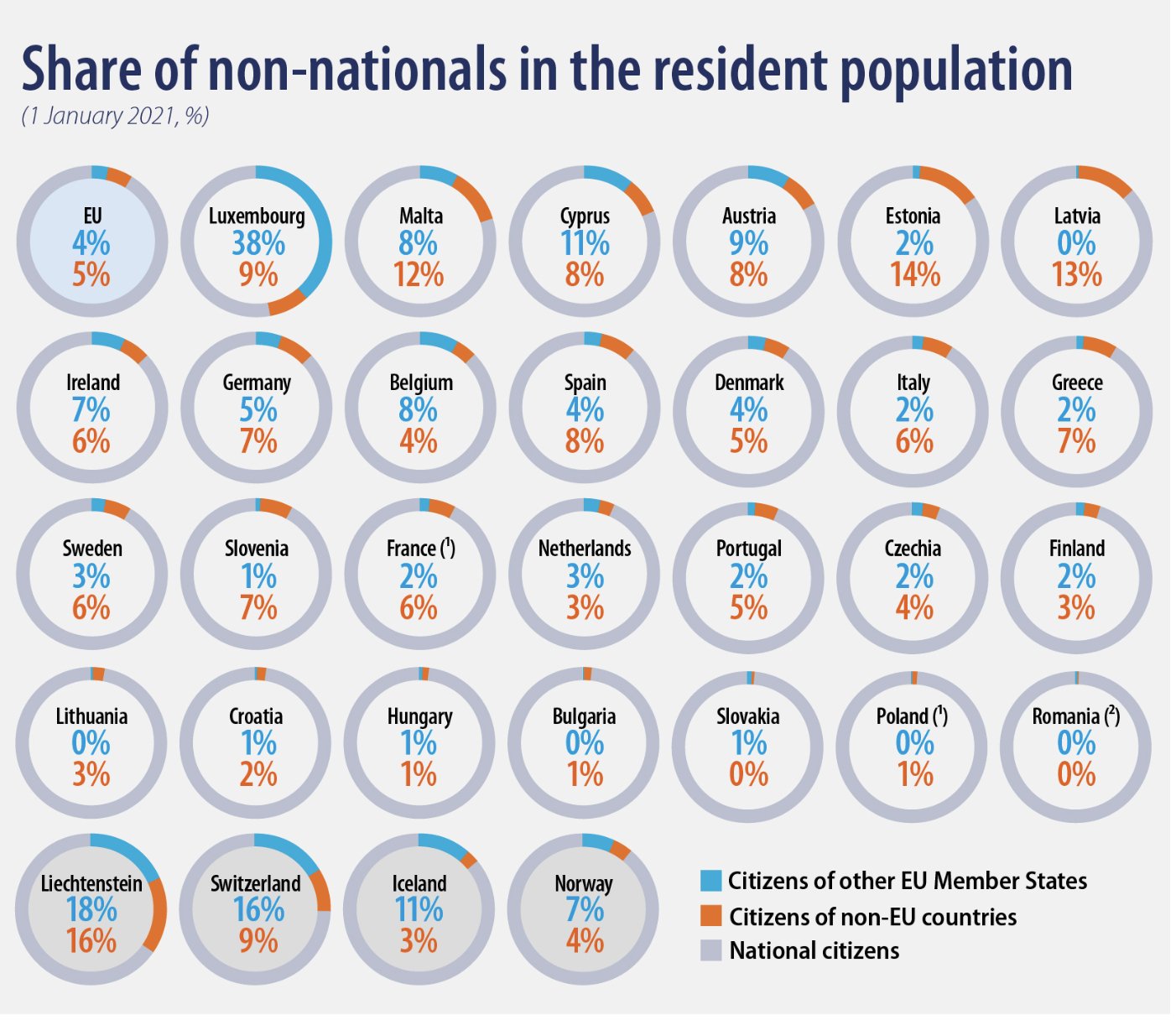 How many non-EU nationals live in the EU? Source: Eurostat

In Switzerland the proportion is 9 percent and in Norway 4 percent, but in both these non-EU states, the majority of foreign residents are EU citizens (16% and 7% of the total population respectively).

Based on data provided by Eurostat, the most common non-EU nationalities in the countries covered by The Local are:

How good will your Swedish need to be?

The government in proposing that applicants for permanent residence will need to show an ability in Swedish equivalent to level C at SFI (Swedish for Immigrants), the third and penultimate level of the SFI programme. This means they will need to have reached a fairly high ability, and be able to speak, listen, read and write Swedish in the “ordinary situations” they will meet in everyday life, while studying and at work.

Children or very old people who cannot be expected to learn what is needed will be exempted from the new rules.

How can I prove I speak Swedish?

If you went to a Swedish school and passed Grade 9 or upper secondary school, this will be deemed sufficient proof of your Swedish skills, as would the same level of education at a Norwegian or Danish school.

For those who moved to Sweden as adults or those who did not attend Swedish school, proof that you have completed SFI level C would be sufficient. Passing the TISUS test, which is used to show you have a good enough grasp of Swedish to study at university, would also be accepted under the proposals.

If you didn’t have any of those qualifications, there would be the option of taking a specific language test for a residence permit, which currently does not exist.

Is this for all residence permits?

No, this is just for permanent residence permits, also referred to as PUT from the Swedish permanent uppehållstillstånd.

In 2019, the government appointed an inquiry into similar requirements for becoming a Swedish citizen.

The suggested details of that proposal were announced in 2021 and are still under consultation, but under those rules, applicants would need to complete SFI level D, the highest level of the SFI course.

Are there any other tests you’ll need to pass?

Yes – the government are also proposing making those applying for permanent residence pass a so-called “citizens test”, making sure they have a basic knowledge of Swedish society and culture.

It’s not clear exactly what this test will entail, but Sweden’s migration minister, Anders Ygeman, said when announcing the proposal that those seeking residence would be tested on their “basic knowledge on the laws and principles which are the foundation of Swedish society”.

When would the test be introduced?

The government has launched an inquiry, or utredning, into what the language and knowledge requirements should be for those seeking permanent residence permits in Sweden. The inquiry has a deadline of May 22nd 2023.

After the results of this inquiry are announced, the government will sent the proposal out for consultation from the relevant authorities. A bill, taking these responses into account, will then be submitted to parliament.

For context, the 2019 inquiry into the introduction of language tests for citizenship is still under consultation from relevant authorities, with a suggested implementation date of January 1st, 2025, meaning it will have taken six years to be implements from the time it was first proposed.

It is likely that it will take at least a year, perhaps longer, for the new language requirement proposal for permanent residence permits to come into force. 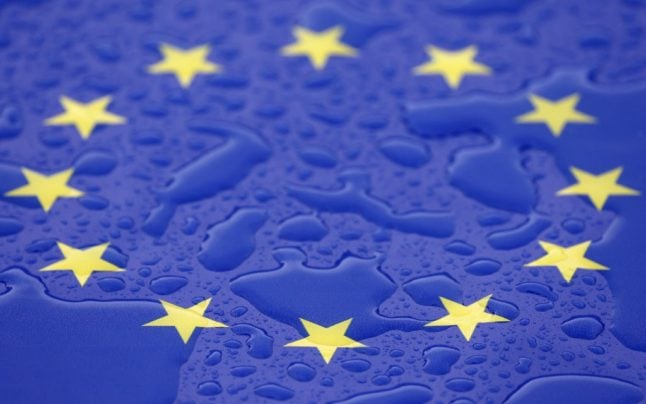 VISAS
What is the EU’s ‘single permit’ for third-country nationals and can I get one?
Url copied to clipboard!