Austria has announced it will drop a general mask mandate on Saturday, April 16th, but keep it for essential indoor areas such as the health sector, supermarkets, and public transport.

“Nobody wants to wear a mask during summer, but these small requirements are basic measures”, Health Minister Johannes Rauch (Greens) said during a press conference on Thursday, April 14th.

Currently, Austria has an FFP2 mask mandate in all indoor areas, including trade and cultural and leisure facilities. The obligation to wear a mask in these areas will fall from this Saturday.

In retirement homes and hospitals, the 3G rule remains in place, Rauch said. Visitors will need to show proof that they are either vaccinated, recently recovered from Covid-19 or have tested negative for the virus.

All rules apply until July 8th, at least.

The easing of restrictions is only possible as the country has seen fewer new cases of Covid-19, Rauch stated. However, Austria needs to be prepared for the autumn and winter months.

READ ALSO: Vienna: How tourists, visitors (and residents) can get free Covid tests

“The best preparation and protection is the vaccination. My recommendation to all who are not yet vaccinated or are only two times vaccinated is: go protect yourselves, vaccinate”, he said.

According to the minister, the government expects a booster campaign in late August or September – to offer protection ahead of the colder months.

The federal government’s measures are the minimal national requirements, but states can adopt tougher restrictions.

So far, only the state of Vienna has announced it might take a different path, and SPÖ Mayor Michael Ludwig has scheduled a press conference for later this Thursday.

Changes do the Green Pass

Austria’s Health Minister announced changes to the validity of the Green Pass. The country will follow European Union’s directives, and the booster shot should be valid for 12 months, he said.

The Pass will be valid for six months for double vaccinated or recovered people.

READ ALSO: Why are the numbers of fully-vaccinated people going down in Austria?

Rauch reiterated that the national immunisation board recommends the fourth vaccination only for risk groups, who should receive a fourth dose from four to six months after the third one.

There is no general recommendation for the second booster. However, people can still decide with their doctors whether they want to take it or not.

Austria’s capital Vienna is removing its main Covid restriction from Saturday, April 16th, meaning people will no longer need to present proof that they are vaccinated or recovered from the disease (2G rule) to enter bars and restaurants.

“We have decided to go along with the federal steps in a broad sense”, city councillor for Health Peter Hacker said in a press conference on Thursday afternoon.

As in the rest of the country, FFP2 masks are still mandatory in “essential” indoor public areas, including supermarkets and public transport, Hacker said. However, they are no longer required for sports, culture, and other indoor places. 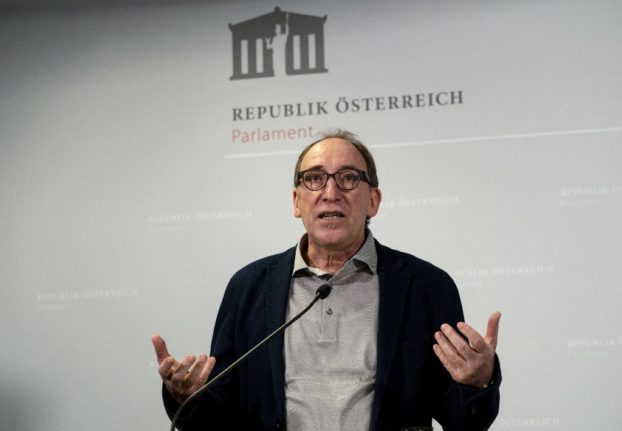