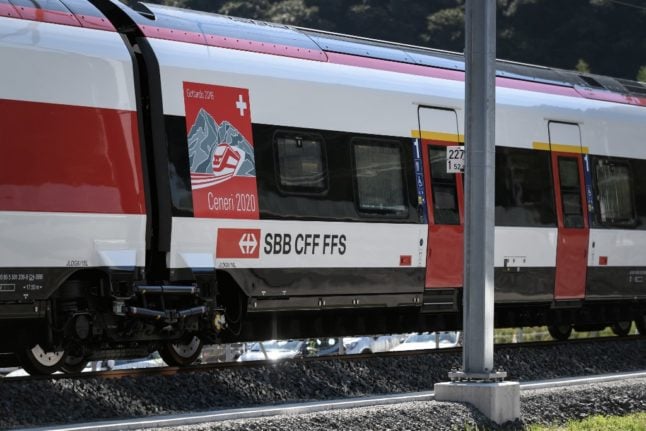 There are several ways to save money on Swiss trains. Photo by Fabrice COFFRINI / AFP

If you take public transportation often and don’t have your half or full-fare Travelcard, then tickets can get quite expensive.

This could be the reason why people may choose to ride ticketless, hoping they fall through the cracks of random and sporadic checks.

But what happens if you get caught?

No matter what lame excuse you will concoct for not having your ticket, chances that the train inspector will take pity on you and wave the fine are slim to none. They have likely heard all the excuses made up by humankind already.

As Swiss Federal Railways (SBB) is a national company, fines will be the same throughout the country.

According to their website, travelling without a valid ticket will cost you 90 francs (in addition to the price of the ticket) if this is your first offence — or at least the first time being caught. For the second and third offences the surcharges are 130 and 160 francs, respectively.

But that’s not all.

Since 2019, people who travel on Switzerland’s trains, trams and buses without a valid ticket have had their details placed in a national register, where they remain for two years.

And it doesn’t matter whether you’ve been caught on a national or regional mode of transport: fare evasion data is shared among all the operators in Switzerland. For instance, if you got caught traveling without a ticket on a SBB train, and then again on regional transport a few months later, this will be considered a repeat offence and a surcharge will apply.

What about fare dodger fees on regional transport?

About 120 transport companies are currently operating throughout Switzerland.

No matter if you travel on a local train, bus, tram, or ferry, regional transport company will fine you for riding without a ticket and include your name in the digital database.

Though the amount of fine varies somewhat from one city to another, one rule remains the same: the more often you get caught, the higher the fine.

These are the fines you will receive in Switzerland’s four largest cities on any mode of transport that is operating in that particular area:

In addition to the price of ticket, you will have to pay 100 francs the first time you are caught without a valid ticket, 140 the second and 220 the third.

In addition to the price of ticket, you will be charged 100 francs for the first offence, 180 for the second and 210 for the third.

Why you should never, ever travel without a ticket?

The most obvious answer is that this practice is illegal, and being a good citizen means obeying the law.

Secondly, ticket dodgers are responsible for substantial losses of earnings in the public transport system — losses which eventually are passed down to the public in the form of fare increases.

Can being included in the national register of fare evaders diminish your chances of getting Swiss citizenship?

There are no statistics available that show specifically whether being in the offender database impacts naturalisation.

But if you are a foreign national and are applying for naturalisation, travelling without a ticket — that is, knowingly breaking the law — does not bode well for you.

That is  because “respect for public safety, security and order” is one of the conditions of becoming a Swiss citizen.

And if you think this would be much too trivial to count, think again: Swiss municipalities had rejected naturalisation requests for lesser ‘offences’ — for instance, complaining about cow bells, or for wearing sweatpants in public. 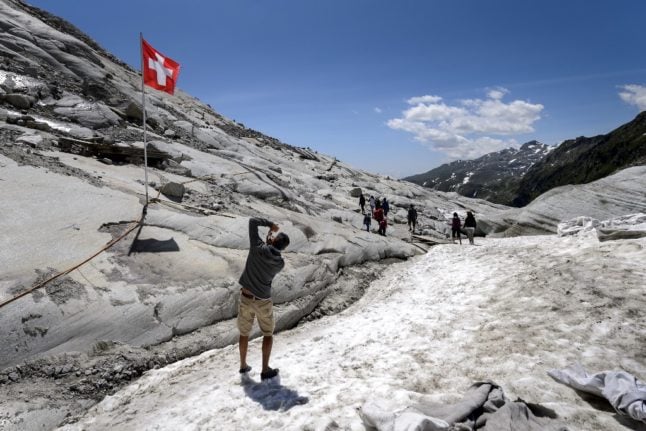 This is evident from these two messages that the (retiring) tennis champ Roger Federer made with his famous friends:

The extent to which Switzerland depends on tourist revenue became clear during the Covid pandemic when borders closed and the hospitality sector slowed down to the point of almost shutting down completely.

However, this doesn’t mean that tourists can remain here for as long as they like.

These are the rules

Visitors (as opposed to permanent residents or others who have some kind of official status in Switzerland such as a long-stay visa), can only remain in the country for 90 days.

It doesn’t matter whether the person visits from a Schengen nation or a third country, and whether they need a visa to enter Switzerland or not — the 90-day rule is the same for everyone.

There are, however, some differences, based on the person’s country of residence.

If you live in a EU / EFTA state and want to remain in Switzerland longer than three months, you must apply for a residence permit at the Population Registry Office in a given canton.

However, third-country nationals (eg Brits, Americans, Canadians) are not eligible to exceed their stay.

Whether they entered on a tourist visa, or without it — for instance, residents of the United States, Canada, New Zealand, Australia, Israel, and Singapore don’t need a visa for Switzerland — they must leave the country within 90 days.

The 90-day rule states that you can stay 90 days out of every 180 – so in total you can spend six months in Switzerland, but not all in one go. It’s important to note that the 90-day limit applies to the whole of the Schengen zone; so time spent in eg France, Germany or Italy also counts towards your 90-day limit.

These rules are in place not only in Switzerland but throughout Schengen and in other countries outside the EU as well; they are in place to prevent people from staying longer than allowed, and possibly seeking employment or welfare benefits.

What happens if you are caught overstaying your limit?

Swiss police don’t patrol the streets looking for foreigners who have been staying in the country for more than 90 days.

The extent of punishment depends, again, on whether the offender comes from EU / EFTA or a third country, with penalties being stricter for the latter category.

According to the government, those fro EU / EFTA living in Switzerland “without permission must leave the country. If they do not voluntarily comply with this obligation to leave, they can be returned to their home country against their will and at their own expense”.

“A third-country national who stays for more than 90 days without a residence permit or a long-stay visa is overstaying and is therefore in an irregular situation. This can lead to a criminal prosecution and to an entry ban to the Schengen area”, which includes Switzerland.

READ MORE: UPDATE: What are the current rules for entering Switzerland?