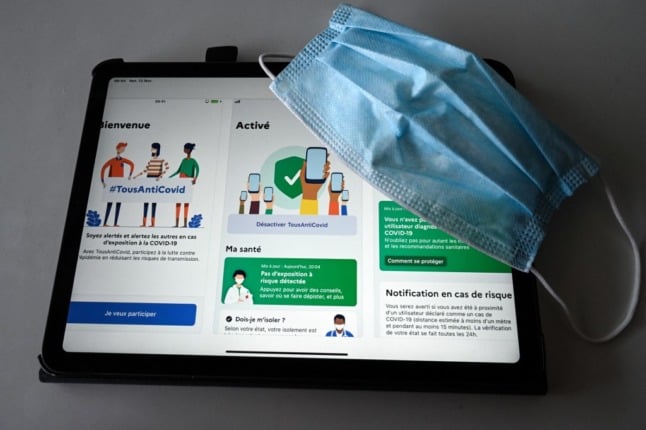 The government had previously said that mid March was a likely date for relaxation of the rules, with the health minister adding targets around the number of cases and patients in hospital.

But Prime Minister Jean Castex, speaking on the TF1 TV channel’s lunchtime show, confirmed that the rules would be scrapped from Monday, March 14th.

Castex said: “After a fifth wave of Covid on an unprecedented scale, the health situation has been improving significantly for several weeks. In particular, the pressure on hospitals due to the epidemic has decreased significantly, allowing the lifting of emergency protocols and a gradual resumption of scheduled appointments and surgeries.

“Under these conditions, and while scientific models do not foresee any change in this favourable trajectory in the coming weeks, we can today announce new measures.”

From Monday, March 14th, masks will no longer be compulsory in any indoor spaces – with the exception of public transport, medical establishments and care homes. Private businesses will still be able to make mask-wearing a condition of entry.

Castex did not mention schools, but his office later clarified that masks will no longer be required in the classroom.

The vaccine pass – currently required to access a wide range of venues including bars, restaurants, tourist sites and ski lifts – will also be suspended from March 14th.

A health pass – requiring proof of either vaccination or a recent negative Covid test – will still be needed to access venues with extremely vulnerable residents such as hospitals and care homes.

Covid case numbers have fallen tenfold since January, when daily cases peaked at over 100,000 a day. Although patient numbers in hospitals are also falling there were still 2,329 Covid patients in intensive care on March 2nd.

The targets previously set by health minister Olivier Véran were to have an R rate below 1, an incidence rate (cases per 100,000 people) below 500 and to have fewer than 1,500 Covid patients in intensive care.

There appears to be more doubt about whether the hospital target will be met – on March 2nd there were 2,329 patients in ICU, this has been falling steadily since the beginning of February and the current number is 24 percent lower than the previous week. However experts estimate the the occupancy is still likely to be at around 1,700 – above the target – by March 14th.

France first introduced the health pass in summer 2021 before converting it into a vaccine pass – where a negative Covid test was no longer accepted – in January 2022.

In January it also added the obligation to have a booster shot in order to keep a working health pass and stipulated that this must be given within four months of the second dose – something that has proved a particular headache for tourists coming from countries which do not offer a booster after four months.

The requirement for all children aged 12 and over to have either a health or vaccine pass has also proved problematic for visitors from countries that do not have widespread vaccination programmes for children.

In France the vaccine pass has been credited with driving the high vaccination rate – over 90 percent of adults are vaccinated in France and 79.3 percent of the entire population have had at least one vaccine dose. Vaccination is open to everyone aged five and older.