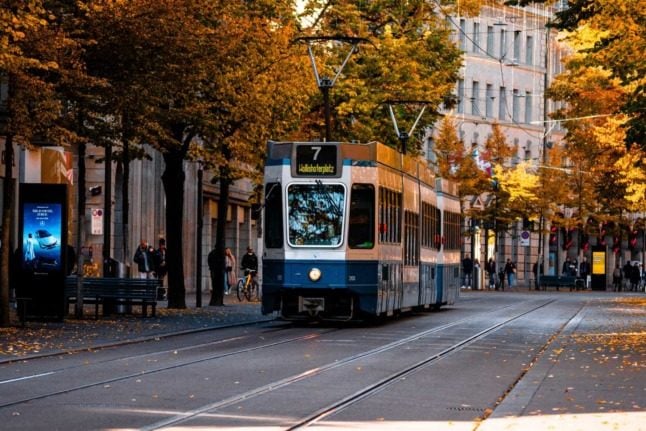 A tram weaves its way through the Swiss city of Zurich. Public transport can technically not be free in Switzerland due to constitutional rules. Photo by Abdul basit on Unsplash

From allowing local residents to vote on whether people can become citizens (rejected), or whether to amend the constitution to give people a day off on August 1st, the Swiss like to vote on anything and everything.

Which is perhaps why it is so puzzling that voting on whether to make public transport free is banned in some cantons, but legal in others.

The cantons of Zurich, Bern and Fribourg have expressly declared that voting on making public transport free is illegal under the Swiss constitution.

Vaud on the other hand has recently declared such a vote to be valid, with a future referendum to be held on the issue.

Neuchâtel also declared such a vote to be valid, although this is currently “under review”, as Swiss news agency Watson reports.

Why is voting on public transport illegal?

Under Switzerland’s direct democracy system, people can have an issue put to a vote when they gather enough signatures to do so.

This can take place at a cantonal level, as with a recent minimum wage vote in Ticino, or at a federal level.

With Switzerland’s federal system, some things are regulated at a federal level and some at a cantonal level, with public transport being an example of the latter.

When advocates of free public transport tried to push for a referendum in the cantons of Zurich, Bern and Fribourg, the cantonal authorities all came to the same conclusion: that such a vote was illegal.

Under the Swiss constitution, users of public transport are required to bear the costs “to a reasonable extent”.

It was the opinion of these cantons – or at least the government in charge – that this meant free public transport was constitutionally prohibited, and as such no vote on the matter could take place.

Cost of living in Switzerland: How to save money if you live in Zurich

Why is free public transport considered legal in some cantons?

Put simply, the cantonal authorities – which are given significant scope to decide on the legality of proposed referendum efforts – in Vaud and Neuchâtel did not share the same view as those in Zurich, Bern and Fribourg.

Vaud told Switzerland’s Watson news agency that the constitutional provision was far from clear on whether free public transport was banned outright.

The cantonal authorities referenced the legal maxim “in dubio pro populo” – which loosely translates as “if in doubt, decide for the people” – in justifying their decision.

According to Vaud authorities, cantonal governments have the right to decide whether to fully subsidise public transport for commuters under Swiss law – provided the canton and not the federal government pays the costs.

Authorities in Neuchâtel came to the same conclusion in 2018 when recommending the issue for a vote, but recently announced a review of the decision on the basis of the decision of the other cantons.

What does “reasonable” mean?

Like the cantons, legal experts are split on the issue of what “reasonable” means.

Some argue that commuters already cover the costs through their taxes paid to cantonal authorities, which represents a “reasonable” extent.

EXPLAINED: How where you live in Switzerland impacts how much income tax you pay

Others, such as Zurich constitutional law professor Felix Uhlmann, argue that while some free travel is justified – for instance for children under six or for tourists as is the case in Basel City – making it completely free would be unconstitutional.

“I see a conflict with the federal constitution if public transport becomes free for the entire population”.

“But if we extend the freedom of charge to the entire population, we have definitely crossed the grey area.”

Uhlmann said that the efforts in Vaud and Neuchâtel will ultimately fail, as the issue is likely to go to the federal Supreme Court.

“Due to the number of initiatives alone, it is to be expected that a committee will contest the declaration of invalidity of the bill and ultimately the Federal Supreme Court will have to decide on the disputed issue,” Uhlmann told Swiss news outlet Watson. 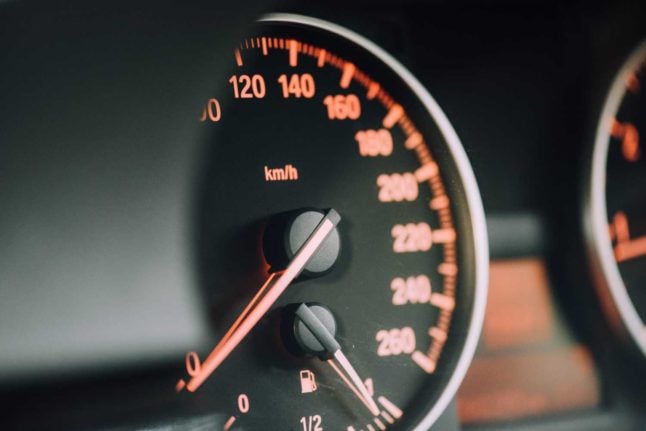 The rule will only apply to new cars sold on or after the deadline, i.e. cars will not need to be retrofitted with the technology.

What is an intelligent speed assistance system (ISA)?

Pursuant to Regulation (EU) 2019/2144, all cars sold in the EU must be equipped with an intelligent speed assistance system (ISA).

This is a technology that automatically slows down cars breaking the speed limit.

READ MORE: The roads and dates to avoid driving in Switzerland this summer

It uses GPS and speed cameras to determine whether a car is exceeding the speed limit in that area, and then prompts the driver to slow down before gently pushing back on the acceleration pedal and automatically reducing engine propulsion.

From July 6th cars will also be required to have a black box which records a range of driving parameters like speed, acceleration or braking phases, wearing (or not) of a seat belt, indicator use, the force of the collision or engine speed, in case of accidents.

What about cars in Switzerland?

The rules will also apply in Switzerland.

While Switzerland is not a member of the EU, it is a party to several agreements which mean certain EU regulations apply here as well.

This means that all cars sold in Switzerland after July 6th will need to comply.

Why is the rule coming into place?

The major reason is road safety.

READ MORE: What is Switzerland’s ‘traffic calendar’ and how can it help me save time?

In Switzerland, along with several other EU countries, speeding is the most common cause of accidents.

The rule hopes to reduce accidents by 20 percent.

While many modern cars already have this technology on board, this will be the first time it is mandated.

DRIVING
Driving in Europe: What are the Covid rules and checks at road borders?
Url copied to clipboard!