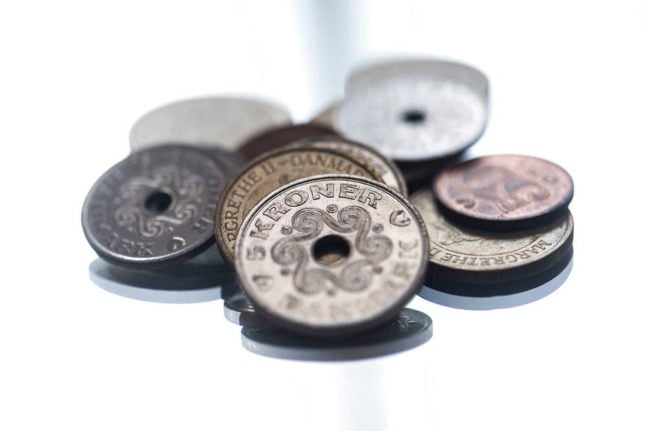 Denmark's economy emerged strongly from the Covid-19 crisis in 2021, keeping the national debt from increasing as had been predicted. Photo: Kristian Djurhuus/Ritzau Scanpix

Nationalbanken figures show that the Denmark’s state debt of 438 billion kroner in November 2021 is 17.8 of the national GDP, which is the lowest level since 2009.

GDP, a metric for the strength of the economy, is a measure of the value of the country’s economic output in a given year.

The Danish Chamber of Commerce said it was “amazing” that national debt was at its lowest share of GDP for 13 years in the face of the Covid-19 crisis and compensation packages for businesses which were introduced in response to it.

“If we rewind to December 2020, the Ministry of Finance said it expected the national debt to end up as high as 27 percent of GDP in 2021,” the organisation’s senior economist Tore Stramer said.

“That means that the national debt in 2021 increased by around 200 billion kroner less than feared,” Stramer said.

The surprising result is connected to the strong response of the Danish economy to the coronavirus crisis last year, according to the economist.

“In addition to that, there is a particularly strong growth in spending that has lifted activity in the Danish economy,” Stramer said.

READ ALSO: More foreign nationals have full time jobs in Denmark than ever before

The national data agency, Statistics Denmark, estimated on Monday based on preliminary data that the economy shrank by 0.1 percent in the first three months of this year.

The measure of the economy comes from an indicator of the national GDP.

Statistics Denmark notes that the preliminary figures are subject to uncertainty, due in part to the Covid-19 pandemic.

Nevertheless, a measured reduction to GDP by 0.1 percent in the first quarter of 2022 is likely to be related to changes in the public sector and a downturn for household service industries, the agency writes.

A major factor in reduced public spending is the phasing-out of government-funded responses to the Covid-19 crisis, notably the national testing programme, an analyst suggested.

“It’s primarily a fall in activity in the public sector that has driven a drop in GDP in the first quarter,” senior economist with the Danish Chamber of Commerce, Tore Stramer, told news wire Ritzau.

“The phasing-out of the test programme and similar activities from February onwards has simply lowered activity markedly in the health sector,” he said.

Despite the overall drop in GDP, sectors including industry, construction and business services had a strong quarter.

The results should also be seen in the context of a strong end to 2021 for the Danish economy.

A light downturn in recent months is not unexpected, said Morten Granzau of the Confederation of Danish Industry (Dansk Industri, DI).

“The trend will probably continue because of very high inflation along with the effects of the war in Ukraine and sanctions against Russia,” Granzau said.

“We are heading towards a new economic reality,” he said.

ECONOMY
What’s in store for the Swedish economy in the second half of 2021?