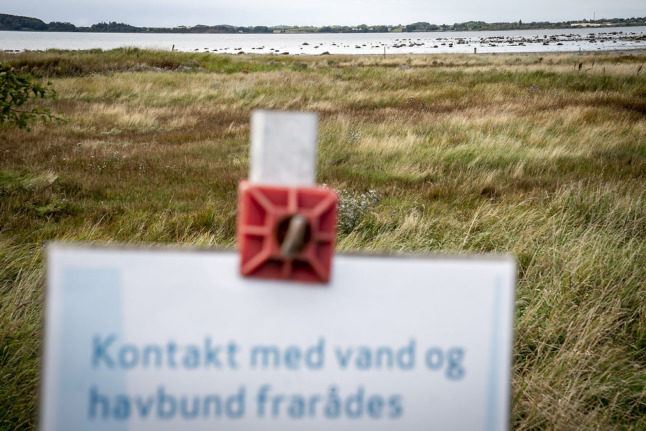 The substance, a human-made chemical previously used in products such as fabric protectors but now considered a pollutant, was found in sufficient quantities that the Danish Veterinary and Food Administration (Fødevarestyrelsen) says it should not be consumed, according to publication Ingeniøren, which broke the story.

High concentrations of PFOS were earlier last year in wastewater from a treatment plant at Korsør on Zealand, and later at a field where cattle had grazed.

That led to high levels of the substance being detected in 118 people who lived in the area.

The issue led to several locations across Denmark, mostly in the vicinity of fire service training locations, undergoing investigations for presence of the chemical.

Levels of PFOS in the meat from the Odense cows are, however, 100 times lower than that detected at Korsør, according to Ingeniøren’s report.

But members of the farming association that owns the grazing land said they want to know whether they have any PFOS in their blood.

“We feel bad about it. We have fortunately not eaten any of this year’s meat and have now thrown it out, but we have had cows on the confirmed PFOS-polluted area since 2018, when we have eaten the meat,” a member of the association’s board, Ulf Løbner-Olesen, told Ingeniøren.

“We now want to know whether we are infected with this, and in such case how much or how little there is,” he added.

The source of the pollution in Odense is uncertain, Ingeniøren writes, although the local water board has suggested potential causes.

Perfluorooctanesulfonic acid (PFOS) is a human-made chemical fluorosurfactant which was used in production of products up until the 1990s but is now considered a pollutant.

The substance is very difficult to break down or dissolve, and has been used in a range of products including rainproof clothing and pizza boxes due to these properties.

However, the same properties make it difficult for humans and animals to break down if they ingest it. It can thereby by build up in the body, which can have long term health consequences.

READ ALSO: What you need to know about PFOS substance and pollution in Denmark

An agreement for the reform was presented by the government on Friday with the backing of a parliamentary majority.

The deal had been delayed with the Covid-19 crisis among the obstacles which drew out its completion.

It provides for 6.8 billion kroner of spending on the Danish health service over the next eight years, Health Minister Magnus Heunicke told media on Friday.

“We have an agreement for a health reform that will support local health services. Many parties are with us. (The deal) could not have broader support,” he said.

Parties on both sides of Denmark’s political aisle are in agreement over the deal, with Martin Geertsen, health spokesperson with the opposition Liberal (Venstre) party, calling it “a good little deal”.

“Does this agreement solve all the challenges faced by the Danish health service going forward? No. Certainly not. It’s a good little deal. It’s a step in the right direction,” Geertsen said.

The health spokesperson with the left-wing party Red Green Alliance, Peder Hvelplund, likewise characterised the reform as a small but positive step that does not solve all of the problems within the health system currently.

In an earlier version of the deal, proposed by the governing Social Democrats, up to 20 local hospitals – around the size of extended, large health centres – were proposed. The location of the centres that will be opened or built under the reform is not clear at the current time.

The new, local centres could potentially be located in former hospital premises.

The government also proposed a form of compulsory service which junior doctors would have to complete as part of their training, involving working for an experience GP. This will be undertaken as part of doctors’ studies under the terms of the reform.

This means that young doctors will spend an extra six months working at GP surgeries and spend less time at hospitals.

Earlier health proposals by the government related to additional restrictions on tobacco and alcohol sales do not form part of the agreement announced on Friday.

Negotiations over those proposals will take place separately, Heunicke said.

“Next week we will open negotiations on the remaining elements relating to prevention (of smoking and excessive alcohol consumption). It was the right thing to do to split things up because we got this broadly-supported agreement,” he said.