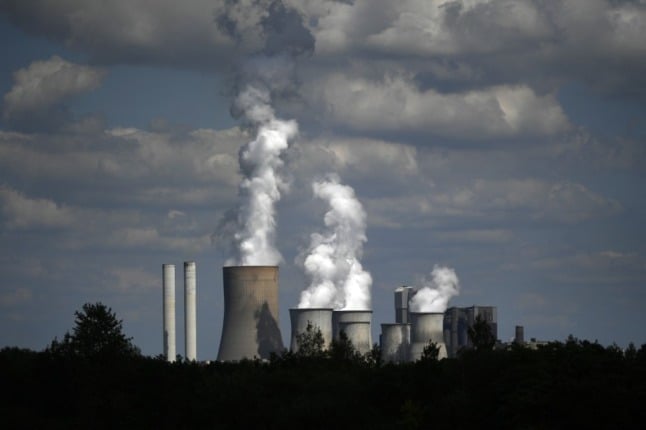 There are currently active five nuclear plants in Spain, and three more in the process of closing. Photo: INA FASSBENDER / AFP

The heads of Spain’s Ministry for Ecological Transition, its Labour Ministry and the Consumer Affairs Department have all voiced their opposition the EC’s plans of classifying nuclear and natural gas energy production as “green”.

“Regardless of whether investments may continue to be made in nuclear energy or natural gas, we consider that they are not green or sustainable energies,” stressed Spain’s Minister for the Ecological Transition Teresa Ribera on Sunday.

According to her ministry, Spain is a “firm defender” of green taxonomy as a common framework across the bloc that can be used by investors to achieve the decarbonisation of the economy and help reach climate neutrality by 2050.

The European Commission describes its proposed “EU taxonomy” as a common classification system for sustainable economic activities, as part of its European Green Deal.

“Adding nuclear and natural gas to the European green taxonomy would be a step backwards,” Ribera concluded.

“It makes no sense and sends the wrong messages for the energy transition of the whole of the EU.”

Spain’s Ministry of Ecological Transition considers that the EU taxonomy system must be “credible, useful and based on scientific evidence”, and that for an economic activity to be green it must make a “substantial contribution to the main environmental goals of the EU, such as mitigating climate change”.

“Methane emissions from natural gas generation and the issue of nuclear energy waste call into question the inclusion of both activities within the EU’s green taxonomy,” the ministry added.

“It’s the wrong message for financial markets and doesn’t provide the necessary clarity to focus capital flows towards a decarbonised, resilient and sustainable economy as envisaged in the European Green Deal”.

The European Commission quietly distributed the text to Member States late on Friday, in the final hours of 2021, after the proposal was twice delayed over the course of 2021.

Gas and nuclear energy would be labelled as green based on the argument that they’re “transitional” power generation activities, not fully sustainable but with emissions below average.

Germany, which has just closed down three of its last six nuclear plants, also opposed the EC’s proposal regarding nuclear energy, although it is in favour of some natural gas energy projects being classified as “green”.

Neighbouring Austria has taken it one step further and reiterated it will sue the European Commission over its plans to label nuclear energy as “green”.

In Spain, there are currently five nuclear plants (seven reactors) in operation: Almaraz I and Almaraz II in the province of Cáceres, Ascó I and Ascó II in Tarragona, Cofrentes in Valencia, Trillo in Guadalajara and Vandellós in Tarragona. Three others have been shut down and are being dismantled.

There is also a nuclear fuel factory in Salamanca province and a small radioactive waste storage centre in El Cabril in Córdoba province.

France has the highest number of nuclear plants of all EU nations with 56, and Macron’s government has announced plans to build more. 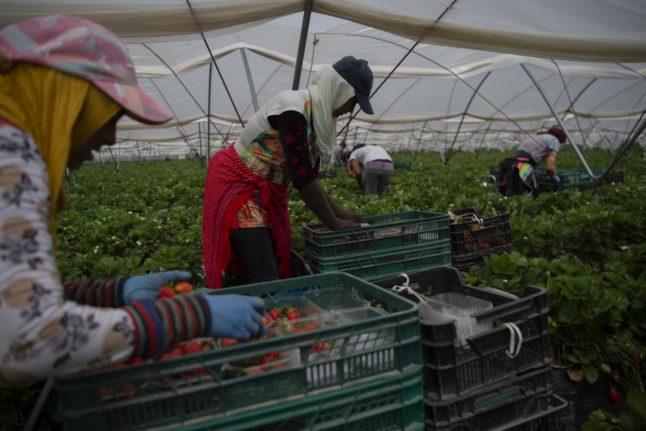 Standing in the middle of a stretch of land surrounded by dunes and pine forest, Juan Romero examines the cracked ground then stares at the dusty horizon.

“It’s dry… really dry,” the retired teacher said at the huge Doñana National Park in southern Spain, home to one of Europe’s largest wetlands, which is threatened by intensive farming.

“At this time of the year this should be covered with water and full of flamingos,” added Romero, a member of Save Doñana, a group that has been fighting for years to protect the park.

Water supplies to the park have declined dramatically due to climate change and the over-extraction of water by neighbouring strawberry farms, often through illegal wells, scientists say.

The situation could soon get worse as the regional government of Andalusia, where Doñana is located, has proposed expanding irrigation rights for strawberry farmers near the park.

It’s a battle pitting environmentalists against politicians and farmers and the proposal to widen irrigation rights has drawn backlash from the EU, the UN and major European grocery store chains. 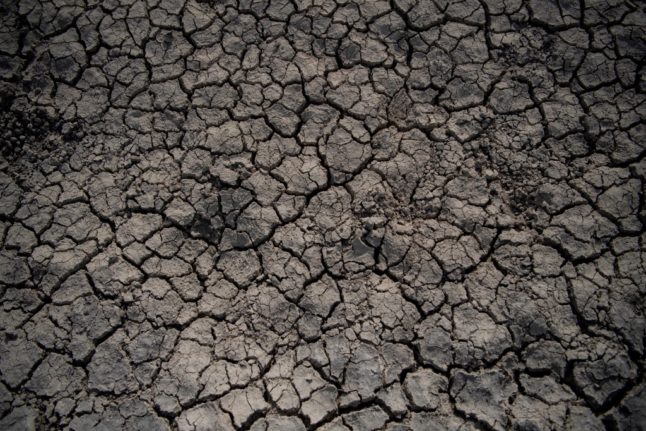 The cracked ground at the Doñana Natural Park in Ayamonte. Huelva, the province where the park is located, is the drought-prone. (Photo by JORGE GUERRERO / AFP)

The proposal would regularise nearly 1,900 hectares (4,700 acres) of berry farmland currently irrigated by illegal wells, said Juanjo Carmona of the local branch of the World Wildlife Fund for Nature (WWF).

“For Doñana it would be a disaster,” he added.

The park, whose diverse ecosystem of lagoons, marshes, forests and dunes stretch across 100,000 hectares, is on the migratory route of millions of birds each year and is home to many rare species such as the Iberian lynx.

“Doñana is a paradise for migrating birds. But this ecosystem is threatened,” said Romero.

The driving force behind the plan to extend irrigation rights is the conservative Popular Party (PP), which governs the southern region of Andalusia with the support of far-right party Vox.

The plan’s fate will be decided after a snap poll in Andalusia on June 19 but with both parties riding high in the polls the controversial proposal looks set to go head. 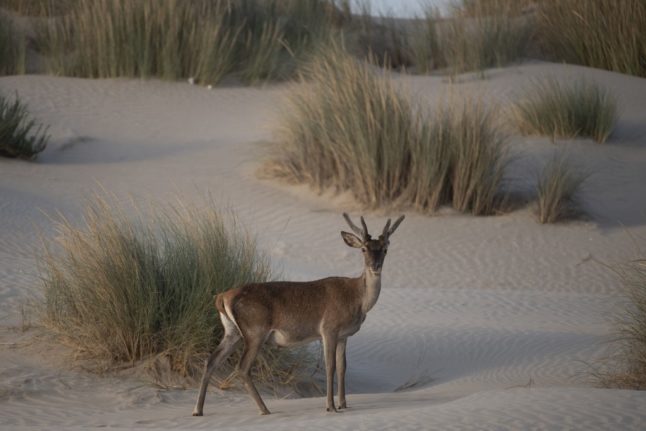 A deer stands on a dune at the Doñana Natural Park in Ayamonte, Huelva, on May 19, 2022. Photo: Jorge Guerrero/AFP

Defenders of the proposal argue it will aid those who unfairly missed out during a previous regularisation of farms in the area put in place in 2014 under a Socialist government.

About 9,000 hectares of farms were regularised but another 2,000 hectares that started being farmed after 2004 were deemed illegal.

“This plan was badly done. It should have used 2014 as the cut-off date,” said Rafael Segovia, a lawmaker with Vox in Andalusia’s outgoing regional parliament.

The proposed amnesty “does not present any danger for Doñana”, Segovia said, adding people should take into account the “economic importance of the sector”.

Huelva, the drought-prone province where the park is located, produces 300,000 tonnes of strawberries a year, 90 percent of Spain’s output. 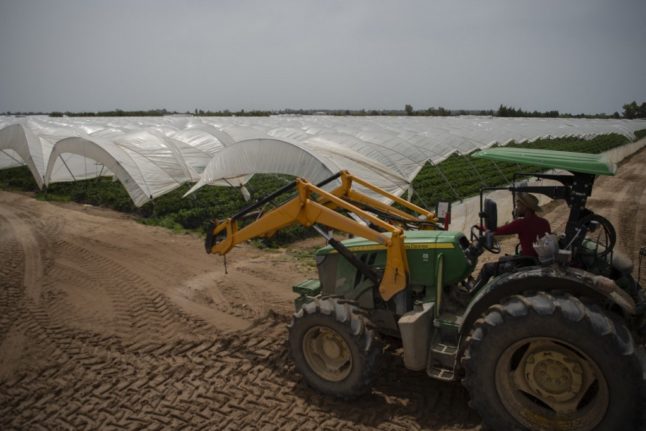 A farmworker at a strawberry greenhouse in Ayamonte, Huelva, where most of Spain’s strawberries are produced. (Photo by JORGE GUERRERO / AFP)

UNESCO, the UN’s cultural agency, has designated the park one of its World Heritage sites and has called for illegal farms near Doñana to be dismantled.

It has warned that the regional government’s plan would have an impact that would be “difficult to reverse”.

The European Commission has also weighed in.

It has threatened to impose “hefty fines” if any steps were taken to extract more water from Doñana park after a European court ruling last year scolded Spain for not protecting its ecosystem.

And around 20 European supermarket chains, including Lidl, Aldi and Sainsbury’s, sent the regional government a letter urging it to abandon the plan.

Consumers may get the impression that all strawberries in Huelva come from illegal farms, said Manuel Delgado, the spokesman of an association that represents some 300 local farms.

“This situation will likely cause a major reputational problem,” he said.

The group, the association of farmers Puerta de Doñana, argues the plan to extend irrigation rights would “only serve the interests of a minority”.

“Water resources are limited,” said Delgado, who fears farms will be forced to drastically reduce the amount of land they cultivate due to a lack of water.

“That would ruin us,” he said.

Backers of the plan, including other larger farmers’ associations, reject these concerns.

“There is no water problem in Huelva, it’s a lie,” said Segovia, the Vox lawmaker.

He said water could be diverted to the province’s farms from the Guadiana River on the border with Portugal, a solution rejected as “not sustainable” by the WWF.

“Without radical changes to curb the overexploitation of water resources, Doñana will be a desert,” he said.