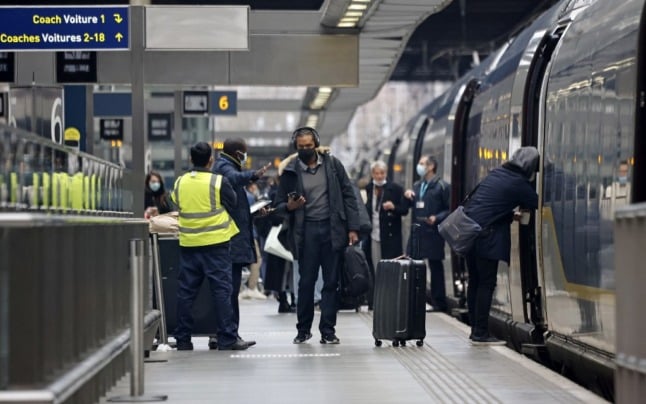 France has imposed strict new border controls for people travelling from the UK. The online portal that passengers must register on is now active. (Photo by Tolga Akmen / AFP)

The French government has announced tighter rules on travel to and from the UK that will come into force at midnight Friday /Saturday due to the explosion of Covid infections caused by the Omicron variant.

These rules, which include tighter rules and pre-departure tests and obligatory quarantine (full details here), apply to all travellers whether fully vaccinated or not.

All non-essential travel to and from the UK has been barred – including for “tourism and professional reasons”.

The French interior minister has published an attestation for leaving French territory for the the UK. All travellers, both vaccinated and non-vaccinated will need to fill it in if they travel after midnight on Friday/Saturday. The form is available here. Travellers are warned if they don’t have an essential reason or the evidence needed to prove it then they may be barred from travel.

A separate attestation for those travelling to France under the new rules has also been published. It is available here.

It also includes the list of essential reasons for travel, one of which must be ticked. The form will need to be presented to travel companies, like Eurotunnel, where it can be uploaded or to border control.

If you meet the essential travel requirements, you will have to submit some personal details via an online platform, which has now been activated, before your return or departure to France.

The site can be accessed in multiple languages. You will need to fill all the standard biographical details and declare whether you are a health worker or not. You will also be asked for a French social security number (although you can just write “0” if you don’t have one), vaccination status and the address where you will be quarantining upon arrival in France.

After filling out the form, you will be able to download an identification file. We recommend that you either save this file on your phone or print it. You are not allowed to travel without completing the form. It may be useful to carry it on you as you cross the border.

The purpose of this form is to alert French law enforcement authorities of where you will be self-isolating in France upon your arrival. The police could check that you are respecting the quarantine measures once you get here – if you are found to be violating them, you could face a hefty fine.

Remember that you must quarantine for at least 48 hours after arriving in France. If after 48 hours, you present a negative Covid test, you can leave self-isolation. If you do not take a test, you must remain isolated for 10 days according to the ministry if interior rather than the 7 days initially announced by the government spokesperson. 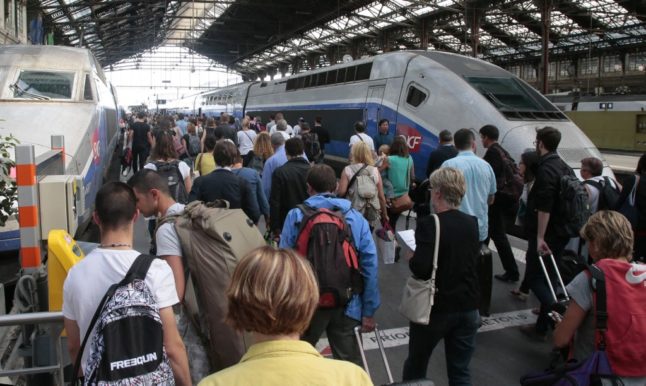 Nearly a quarter of TGVs will be cancelled on Wednesday, the day before France’s schools break up for the grandes vacances, SNCF forecast, as the CGT, Unsa, SUD-Rail and CFDT unions demand wage increases in the face of rising inflation.

Three trains out of four will run as scheduled on the Northern TGV Inoui, Eastern and Atlantic axes; while four out of five services and two out of three Ouigo trains will operate on the South-East network.

International traffic – such as Eurostar, Thalys or Lyria – should run “almost normally”, according to SNCF Voyageurs.

Commuters in Ile-de-France, meanwhile, should prepare for the following regional services to be hit on Wednesday.

Transilien Lines H and P: One train in three will operate

Transilien Lines J, L, N, R, U: One train in two will run as scheduled

T4: One tram will operate every 15 minutes

The strikes, coming so close to the start of the grandes vacances – the first big getaway of the summer is expected this weekend – will concern those looking forward to their holidays.

SNCF CEO Jean-Pierre Farandou insisted in late June that upcoming holiday departures were “not threatened” despite the threat of walkouts and said that the number of railway workers would be increased.

“We have put the issues on the table, we try to build a balance, because increasing wages is one thing, but there is also an economic issue: it costs and we must be careful about the impact on the price of tickets, for example,” he told broadcaster Public Senate.

“It is necessary that at the end of the year, the company remains balanced so that it does not cost the country.”