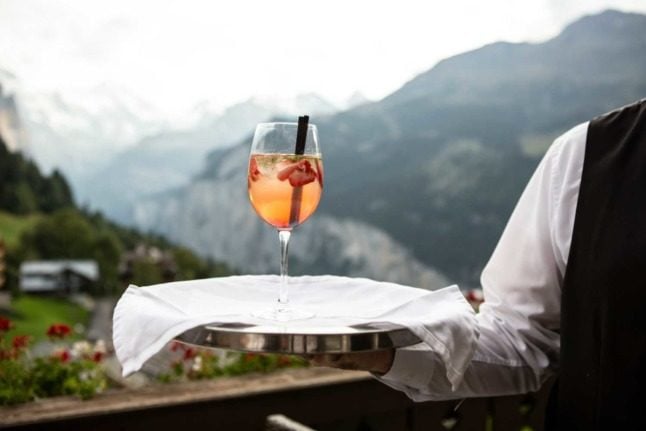 Service work is most commonly paid minimum wage in Switzerland. Photo by alevision.co on Unsplash

Switzerland’s National Council, the country’s lower House of Parliament, has just passed a revision to the wage rules which would require foreign workers to receive a minimum standard under Swiss law.

At present, the minimum wage standards put in place by several cantons do not apply to foreign workers posted to Switzerland, which advocates of the reform argue puts Swiss companies at a disadvantage.

The rule passed the National Council on Tuesday by a narrow majority.

It will now be up to the Council of States, Switzerland’s senate, to approve the law.

What are the minimum wage rules for foreign workers in Switzerland?

Under Swiss law, minimum wage standards are put in place at a cantonal level.

Five of Switzerland’s 26 cantons have put in place a minimum wage, most of which are in the French or Italian-speaking parts of the country.

Reader question: Which Swiss canton has the highest minimum wage?

Other minimum wage standards are put in place via employee organisation agreements.

Advocates of the change argue that under current EU/Swiss law, when companies post their workers to Switzerland, they do not need to comply with these wage requirements.

In effect, this means that an EU or foreign company would be able to pay its workers much less than a Swiss company, thereby providing foreign companies with an advantage.

Opponents however disagree, saying that cantons do have the power to make sure foreign workers are paid in accordance with minimum wage standards.

Will the proposal pass the senate and be implemented?

Switzerland’s Social Democrats, Greens and several other parliamentary groups voted in favour of the change, with the Swiss People’s Party and the Free Democrats voting against it.

Fabio Regazzi, from The Middle political party, said that despite “not being a fan of cantonal minimum wages” the proposal “created legal certainty” with regard to foreign workers.

Thomas Burgherr, from the SVP, said he opposed the proposal because he felt cantons could put changes in place at their own level and did not need a federal solution.

Ultimately, it will be up to the Swiss courts to decide whether the minimum wage standards apply to workers of foreign companies in the same manner as workers of Swiss companies in Switzerland.

The senate is expected to consider the proposal in the coming weeks. 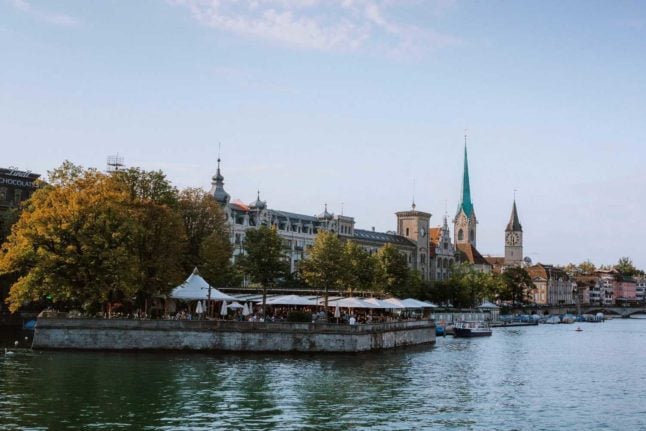 Measures imposed due to the Covid pandemic, which began in earnest in February 2020, shuttered businesses across the country and pushed many people out of work.

When most notable Covid rules were relaxed in Switzerland in mid-February 2022, the economic recovery – highlighted by a strong job market – began in earnest in 2021.

READ MORE: How the Swiss job market rebounded from the Covid pandemic

Nowhere was this more evident than Zurich, Switzerland’s largest and most economically powerful city.

How did Zurich rebound from the Covid pandemic in comparison to the rest of the country?

Even though Zurich, along with other large Swiss cities like Geneva, Basel, Bern and Lausanne, have been hit hard by the pandemic from the employment perspective, Zurich’s labour market is now growing faster than in other urban centres.

One of the reasons for this upward trend is that young, well-educated foreigners are coming back.

In the first nine months of 2021, the city’s population grew significantly.

This is mainly due to people with a B residence permit, according to Klemens Rosin, methodologist at Zurich’s Statistics Office.

During the crisis, far fewer of them left the city. “This group is made up of well-educated, younger and mobile foreigners who have made a significant contribution to Zurich’s growth”, Rosin said.

Zurich’s employment market is expect to grow even further.

READ MORE: How hard is finding work in Zurich without speaking German?

That’s because in the coming years, many Zurich workers will retire — an estimated  210,000 by year 2050 — creating more job opportunities for younger employees.

In fact, according to a study commissioned by the canton in 2021, if Zurich’s economy is to continue to flourish, it will need around 1.37 million workers by mid-century.

If these vacancies will not be filled, then income, tax revenue and the financing of social security programs will be impacted.

READ MORE: Have your say: What’s the best way to find a job in Zurich

While it is difficult to predict what jobs will be most in demand in 2050 — what new technologies will emerge in the meantime — right now and in medium term, IT workers will be especially needed, experts say, because businesses will continue to to digitalise and automate.

Lower skilled jobs will also be in higher demand, including hospitality, retail and transport.

With hundreds of thousands of vacancies to fill, people with the permission to work in Switzerland are likely to be flush with offers – particularly skilled workers with recognised qualifications.

READ MORE: Why finding a job in Switzerland is set to become easier