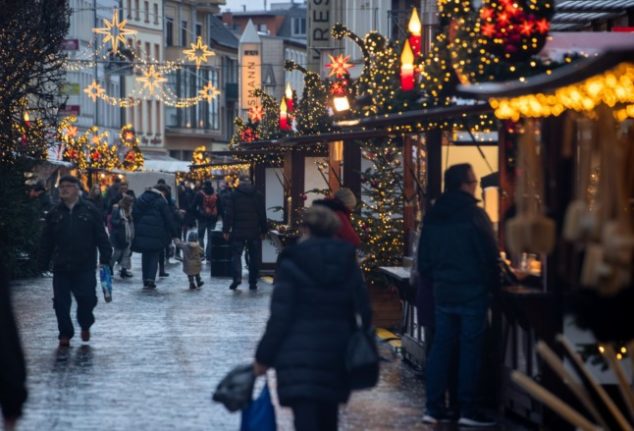 Merkel, Scholz and the leaders of Germany’s 16 states tightened Covid restrictions just two weeks ago, but are in talks again to impose even tougher measures amid a raging fourth wave of the virus.

According to a draft agreement, the plans include a blanket ban on entering bars, restaurants, theatres, cinemas and other leisure facilities for anyone who has not been vaccinated or recovered from Covid – a system known as 2G in Germany.

The unvaccinated would also be banned from Christmas markets and non-essential shops, as well as be hit by contact restrictions limiting the number of people they can socialise with.

The agreement also calls for new restrictions on large gatherings, which would affect events such as Bundesliga football matches, and the closure of nightclubs in areas with a weekly incidence rate above 350 infections per 100,000 people.

Health Minister Jens Spahn, in a caretaker role ahead of the planned swearing in of a new government next week, told the ZDF broadcaster that Germany needed “a lockdown, so to speak, for the unvaccinated”.

‘Never been as threatening’

Infections have smashed German records in recent weeks and hospitals are sounding the alarm, with many over capacity and forced to dispatch patients elsewhere in the country for treatment.

Though Germany’s seven-day incidence rate has fallen slightly this week, it still stood at 439.2 on Thursday, with 73,209 new cases recorded in the past 24 hours.

“From the point of view of intensive and emergency medicine, the pandemic situation has never been as threatening and serious as it is today,” the DIVI intensive care association warned on Wednesday, calling for a drastic tightening of restrictions.

Several hard-hit German regions have already cancelled Christmas markets and barred the unvaccinated from public spaces like gyms and leisure facilities to slow the pandemic spread.

But critics say the patchwork of rules is confusing, and Thursday’s emergency talks are aimed at coming up with nationwide rules.

The draft agreement also expresses support for compulsory vaccination in Germany, suggesting February as a possible start date. Scholz said earlier this week that he wants parliament to vote on the matter before the end of the year.

“Too many people have not got vaccinated,” Scholz told Bild television. Making jabs compulsory is justified “to protect us all”, he said.

Many experts have partly blamed Germany’s fourth wave on its relatively low vaccination rate of around 68 percent, compared to fellow EU countries such as Spain at 79 percent and Portugal at 86 percent.

Merkel’s outgoing government had always ruled out mandatory vaccination, but the measure is now backed by politicians from across the spectrum.

Merkel’s spokeswoman on Wednesday said Germany was “in a dramatic situation in the pandemic where new possibilities have to be thought about”.

Germany already announced plans earlier this month to require health workers and soldiers to get inoculated against Covid-19.

In Berlin on Wednesday, a woman who gave her name as Clara said she disagreed with compulsory jabs in principle but also felt “we are already so deep in the pandemic that there is no way around it.

Fellow passer-by Alicia Münch said it “would have been a good idea from the beginning” and she was in favour of the move, “especially in certain professions, but also in general”.

Expanding that to the general public would see the country follow the example of neighbouring Austria, which is planning mandatory vaccinations from February.

European Union chief Ursula von der Leyen said Wednesday it was time for the bloc to “think about mandatory vaccination” against Covid, though she also stressed it was up to individual states to make the decision.

“My personal position is… I think it is understandable and appropriate to lead this discussion now,” she said. 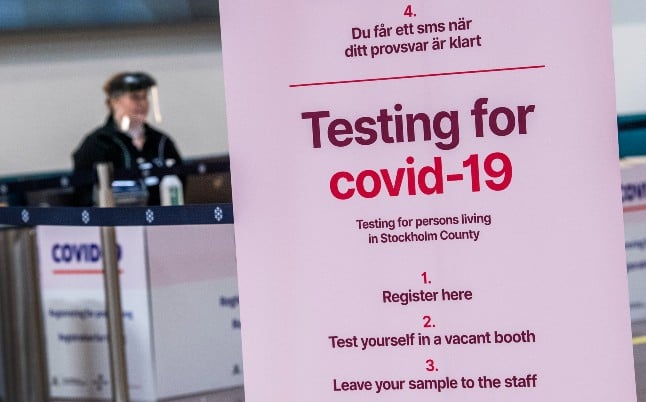 What are the two laws which expire on April 1st?

The second law was the “law on temporary restrictions at serving places”. This gave the authorities, among other things, the power to limit opening times, and force bars and restaurants to only serve seated customers.

What impact will their expiry have?

The immediate impact on life in Sweden will be close to zero, as the restrictions imposed on the back of these two laws were lifted months ago. But it does means that if the government does end up wanting to bring back these infection control measures, it will have to pass new versions of the laws before doing so.

How is the classification of Covid-19 changing?

The government decided at the start of February that it would stop classifying Covid-19 both as a “critical threat to society” and “a disease that’s dangerous to the public” on April 1st.

These classifications empowered the government under the infectious diseases law that existed in Sweden before the pandemic to impose health checks on inbound passengers, place people in quarantine, and ban people from entering certain areas, among other measures.

What impact will this change have?

Now Covid-19 is no longer classified as “a disease that’s dangerous to the public”, or an allmänfarlig sjukdom, people who suspect they have caught the virus, are no longer expected to visit a doctor or get tested, and they cannot be ordered to get tested by a court on the recommendation of an infectious diseases doctor. People with the virus can also no longer be required to aid with contact tracing or to go into quarantine.

Now Covid-19 is no longer classified as “a critical threat to society”, or samhällsfarlig, the government can no longer order health checks at border posts, quarantine, or ban people from certain areas.

Sweden’s last remaining travel restriction, the entry ban for non-EU arrivals, expired on March 31st.  This means that from April 1st, Sweden’s travel rules return to how they were before the Covid-19 pandemic began.

No one will be required to show a vaccination or test certificate to enter the country, and no one will be barred from entering the country because their home country or departure country is not deemed to have a sufficiently good vaccination program or infection control measures.

Does that mean the pandemic is over?

Not as such. Infection rates are actually rising across Europe on the back of yet another version of the omicron variant.

“There is still a pandemic going on and we all need to make sure that we live with it in a balanced way,” the Public Health Agency’s director-general, Karin Tegmark Wisell, told SVT.

Her colleague Sara Byfors told TT that this included following the “fundamental recommendation to stay home if you are sick, so you don’t spread Covid-19 or any other diseases”.