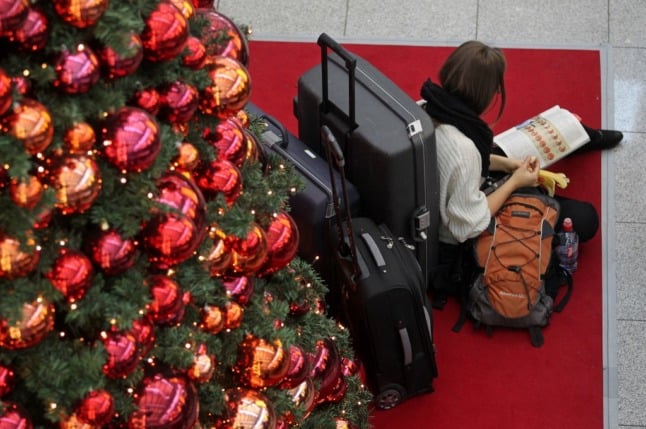 Will there be tougher restrictions for you if you're travelling to Spain this Christmas? Photo: ROLAND WEIHRAUCH / DPA / AFP
The Local
[email protected]
@thelocalspain


Rising Covid cases in Europe and the appearance of the Omicron variant are already leading to more international travel restrictions to and from Spain for the festive season. Here are the new rules and potential changes for travel between Spain and the UK, the EU and outside of the EU this Christmas.

Covid cases are surging in many countries across Europe, leading to the introduction of new restrictions in many places. Spain is, for the moment, seeing a resurgence of the virus much smaller than many of its neighbours.

However, as we’ve seen throughout the pandemic, a lot can change in very little time, and the appearance of the Omicron variant is already having an impact on international travel, including for Spain.

In an interconnected world, even if Spain’s epidemiological situation isn’t unfavourable and the country favours easy and open travel for vaccinated people, there could be changes ahead of Christmas.

Here we take a closer look at the current travel rules and restrictions for travel between Spain and the EU and the UK and the rest of the world.

Current rules: If you’ve been fully vaccinated for more than 14 days with one of Spain’s approved vaccines (same as those across the EU), you can travel to Spain and demonstrate your vaccination treatment with your country’s Covid health pass.

If you have not been vaccinated, whether you need to take a PCR or antigen test 48 hours prior will depend on where you’re travelling from in the EU.

Spain’s Health Ministry has a list of high-risk areas in the EU which it updates weekly. You can check the latest update here under “listado de países/zonas de riesgo”.

If your country or region is on the list, then you’ll need to get tested if you haven’t been fully vaccinated.

Accepted tests include PCR or antigen tests, which have to be carried out within 72 or 48 hours respectively prior to your arrival in Spain.

In terms of rules for travel from Spain to another EU country, as things stand the rules are practically the same across the bloc and involve being able to prove vaccination, testing or recovery through the EU-wide Digital Covid Certificate.

New restrictions? In countries such as the Netherlands, Belgium and Germany Covid-19 infections are at some of their highest levels since the pandemic began.

Before the appearance of the Omicron variant, EU nations’ focus hasn’t been so much on preventing imported cases but rather on ensuring that their own unvaccinated people get inoculated or are prevented from spreading the virus further.

All 27 Member States have quickly agreed to close their borders to travel from southern African nations affected by the new “very high risk” but largely unknown variant, with the first cases already detected in several European countries.

But within the common EU travel framework, it currently seems unlikely that travel to and from Spain will be completely closed over Christmas, unless Covid-19 vaccines are found to be ineffective against the Omicron strain.

It can’t be ruled out that Covid-19 tests in addition to full vaccination may be introduced and the EU has proposed that the Covid Certificate for travel have a validity of 9 months without a booster shot, but neither of these extra measures have been confirmed.

It also seems unlikely that Spain will change its current rules for EU travellers given the country’s high vaccination rate, dependence on tourism and currently relatively low infection rate and hospitalisations.

To and from the UK

New rules: As of December 1st, it is no longer possible for unvaccinated UK tourists to visit Spain.

Last week the Spanish government announced that a negative Covid test will no longer be accepted from British visitors looking to spend their holidays in the country.

Only those that can show proof of being fully vaccinated will be allowed in.

Up to now, Spain had made an exception for the UK as its status as a third country and its high infection rate should have meant non-essential travel for unvaccinated travellers was not possible.

But the appearance of the new variant has forced the Spanish government to introduce further restrictions for its primary tourism market.

As for travel from Spain to the UK, on Saturday December 4th the British government announced it would demand pre-departure tests for all arrivals from 4am on December 7th onwards.

These tests, which were scrapped only weeks ago, must be taken within two days of travel to the UK. They can be PCR or antigen tests and must be carried out by all travellers regardless of their vaccination status.

The requirement applies for those arriving in England, Scotland, Wales and Northern Ireland.

Recently, British Prime Minister Boris Johnson also announced that PCR tests and self-isolation for UK arrivals would be reintroduced amid concerns of the new Omicron variant that was first identified in South Africa.

The new requirements came into force on November 30th. This means that travellers need to book and take PCR tests instead of lateral flow tests, which will no longer be accepted.

They can only leave home if you need to buy essential supplies, such as food or medication (but only if no one else can buy them for you), to take a test or for urgent medical care.

If you want to read in more detail about the new rules for travel between Spain and the UK this December, click on the link right below.

KEY POINTS – What are the new Covid travel rules between Spain and the UK?

The UK’s Covid travel rules are complicated, vary between its different countries and are changed regularly, so make sure you read them carefully here.

Further restrictions? The new restrictions already represent major changes for travel between the UK and Spain, especially for Spanish authorities, as they have so far given British visitors preferential treatment and are now effectively preventing millions of unvaccinated UK tourists from visiting throughout December.

Tougher restrictions on the Spanish part seem unlikely, and the country’s less severe epidemiological situation currently means any stricter requirement by the British government for arrivals from Spain would seem unnecessary and unjustified.

However, the UK government, as has been the case throughout the pandemic, is a lot more unpredictable.

Much will be decided by the impact the Omicron variant has on the pandemic.

READ ALSO: Christmas travel between Spain and the UK: What can I not pack in my suitcase?

To and from outside of the EU/Schengen Area

New rules: For the first time in months, Spain has travel bans in place, even for vaccinated travellers.

Travellers who are able to reach Spain from these nations will have to present a negative PCR or NAAT test taken within 72 hours prior to travel to Spain even if they are fully vaccinated.

They must also go into quarantine for 10 days upon arrival in Spain, or for their whole stay if it’s under 10 days.

This period may end earlier if on the seventh day the traveller takes a PCR test and gets a negative result.

For the rest of the arrivals in Spain from third countries, if you’re fully vaccinated and can prove it through an official certificate, you can visit the country from any third country.

If you haven’t been vaccinated against Covid-19 however, there’s a high chance you won’t be able to visit Spain as non-essential travel isn’t allowed for these travellers.

There is a list of third countries whose travellers are exempt from the usual requirements (vaccination, testing) due to their favourable epidemiological situation.

As for travel from Spain to outside of the EU/Schengen area, it really depends on each individual country’s rules, but by and large full vaccination allows entry to most nations around the globe.

Further restrictions? Given the current concern over the Omicron strain, it can’t be ruled out that there will be further international travel restrictions over the Christmas period.

Even if there are few cases of the new variant in Spain, that’s not to say there won’t be countries that operate with a total closed borders policy such as Morocco and Israel have already done in reaction to Omicron.

It seems more likely that if Spain were to tighten restrictions as a result of rising Omicron infections, authorities would first limit travel with third countries rather than with the EU, and in particular the African continent, where only 7 percent of the population of 1.2 billion has been vaccinated.

The governments of the US, Canada, Australia and New Zealand are also keeping a close eye on Europe as it is currently the epicentre of the Covid-19 pandemic, so if they were to tighten restrictions for the EU, there’s a high chance Spain would be included in that even if the situation is more under control.

One way or another, it looks like we’re heading towards a Christmas period of uncertain travel globally, with many nations ready to implement new measures without a moment’s notice.

READ ALSO: The latest Covid-19 news and updates from Spain 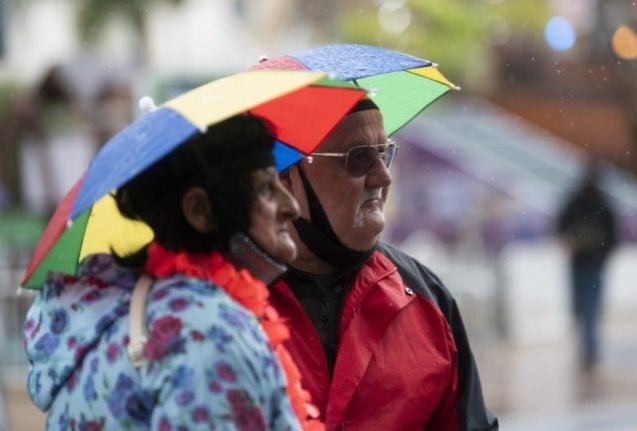 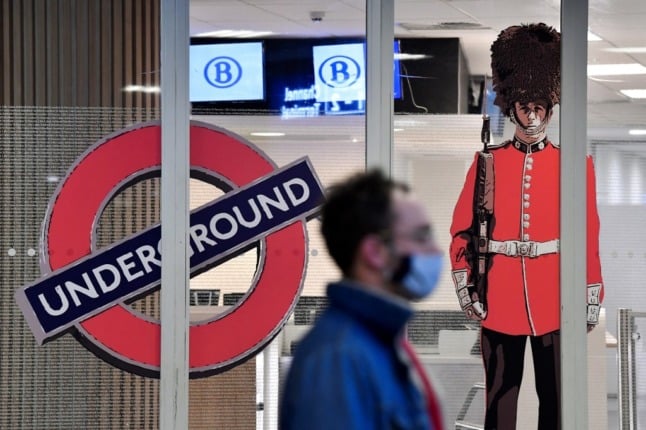 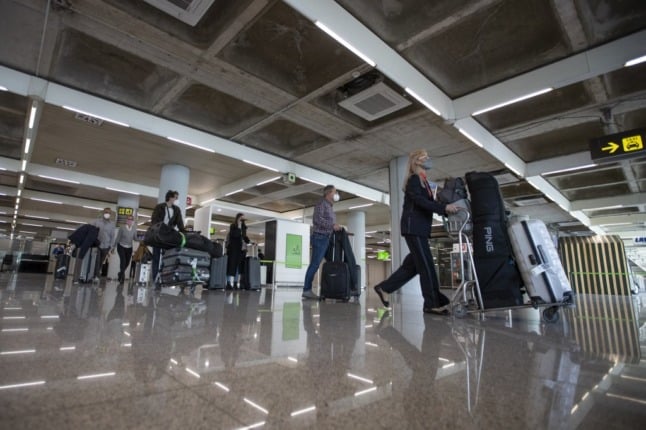 Can people travelling to Spain use self-administered Covid tests?

Brexit: New licence needed to bring vans and trailers from UK to France 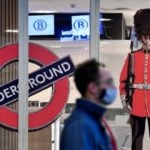 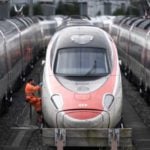 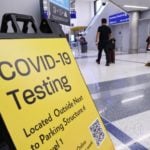 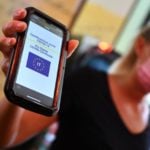