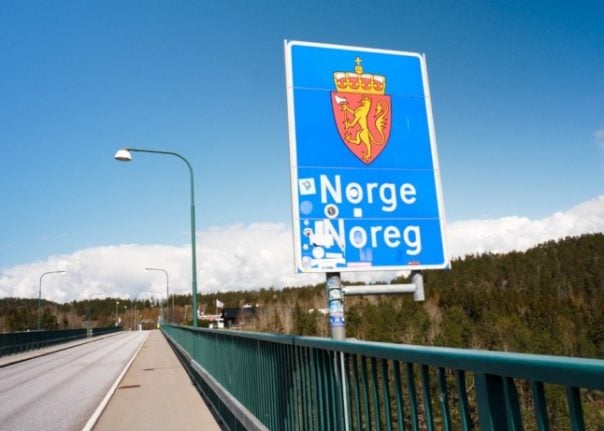 Will the return of border shopping have a negative affect on the country? Pictured is Norway and Sweden's border on the old Svinesund bridge. Photo by Petter Bernsten/AFP.

In eastern Norway, particularly along the border with Sweden, cross-border shopping has long been common for residents looking for cheaper groceries and a better selection of products.

Norway’s Covid-19 rules effectively put a stop to that until this summer. The closed border meant a record year for food and beverage sales in Norway.

“Due to the fact that there was little action and that people did not travel, we noticed that our sales increased greatly during the entire period,” Øyvind Berg, production manager at Norwegian dairy firm Synnøve Finden, explained to public broadcaster NRK.

Now producers and supermarkets fear the impact of cross-border shopping being up and running again.

“Our challenge is that we see that more than half of the food and beverage producers, i.e. the industrial companies, fear that they will lose market share because cross-border trade will return in full,” Petter Brubakk, director of food and beverage at the Confederation of Norwegian Enterprise (NHO), informed NRK.

The majority of those who go shopping across borders in Norway will do so in Sweden. However, in the north, some will also venture into Finland or Russia.

Further south people will also travel to Germany or Denmark.

Why do people go to other countries for shopping?

Overall the main appeal of cross-border shopping is that its much better for consumers than shopping domestically.

Norway’s EEA agreement with the EU means that most foods, drinks, tobacco products, alcohol and other agricultural products are more expensive than they are within the EU as custom duties are required to import them into Norwegian supermarkets.

Not just that, but there is a much wider selection of products than in Norway due to laws that protect Norwegian products. For example, cheeses such as Cheddar are more readily available, cheaper and generally of better quality in other countries than those found in Norway.

READ MORE: What is ‘harryhandel’, and why do Norwegians love it so much?

Is border shopping a bad thing for Norway?

Norwegian businesses argue that crossing the border to shop affects the whole value chain, negatively impacting everyone from Norwegian farms and producers to supermarket employees, not just companies profit margins.

In addition, shopping domestically means more tax revenue for the Norwegian system to use to fund its generous welfare state.

While shopping domestically protects domestic jobs, shopping abroad protects jobs there, which rely on people hopping the border to get their groceries.

Coronavirus pandemic restrictions left a black hole in some of these economies reliant on shoppers from the Norwegian side of the border. For example, in Strömstad, a Swedish town close to the border where many travel to shop, unemployment rose by around 75 percent after Norway closed its borders with Sweden. 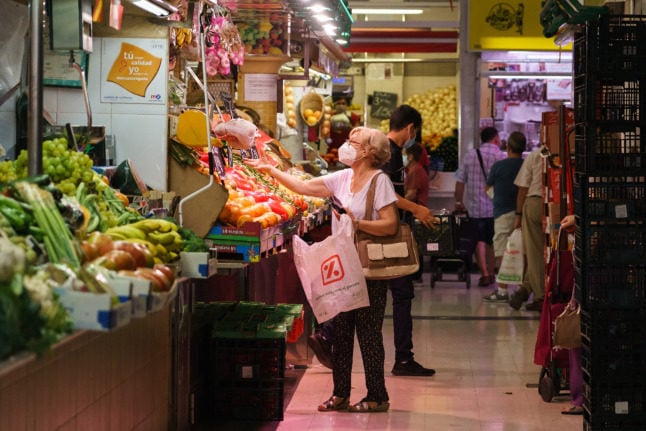 A ban on the sale of fruit and vegetables in plastic wrapping in supermarkets will come into effect in 2023. Photo by CESAR MANSO / AFP

It also includes measures to encourage shoppers to buy loose fruit and vegetables and curb the sale of plastic bottles.

The ban on plastic wrapping for fruit and vegetables will apply to produce weighing under 1.5 kilograms. Meanwhile those “at risk of deteriorating when sold loose” will not be affected, according to Spanish newspaper El País.

The decree aims to incorporate European Union rules into Spain’s legislation, and follows similar legislation in France that will go into effect next year.

READ ALSO: This couple turned a desire for a zero-waste household into a thriving Madrid business

The goal is to “fight the overuse of packaging in the most effective way,” a ministry spokesperson told El País, adding that plastic pollution has “exceeded all limits.”

It will also aim to make 100% of packaging recyclable by 2030, as well as cut the sale of plastic bottles by half.

Rules forcing authorities to “encourage the installation of drinking fountains in public spaces”, “introduce alternatives to the sale of bottled drinks” and reduce “the distribution of single-use drinking cups” at public events, are also being contemplated.

Representatives of green groups welcomed the ban but added that the Spanish government is not moving fast enough to put a stop to plastic pollution.

According to the Ministry of Ecological Transition, Spain generations 1.6 million tonnes of waste from plastic packaging every year, and recycles less than half. Two thirds of what goes to landfill is not recycled.