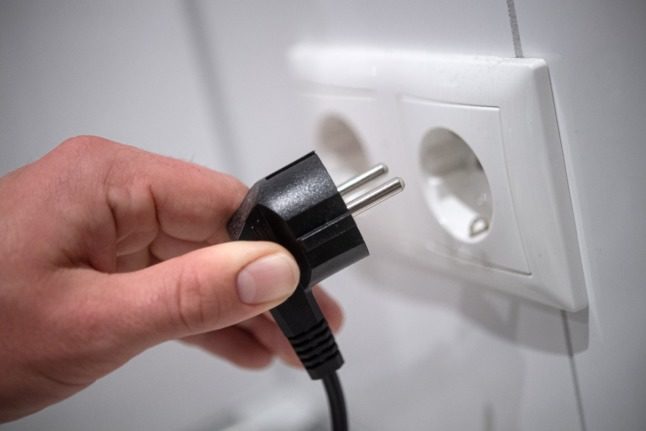 An international comparison has found that German consumers are spending a huge amount of money on electricity compared to other countries.

The analysis of 133 countries, compiled by comparison portal Verivox using data from the energy service Global Petrol Prices and adjusted for purchasing power, found that Germany ranked in the top 15 of highest electricity costs worldwide.

Overall, Germany was in 15th place in the international ranking, according to German news site Spiegel. Most countries with higher electricity prices were crisis-hit developing countries such as Rwanda, Sierra Leone and Burkina Faso.

According to Verivox, the only EU countries where electricity prices were even higher than Germany were the Czech Republic (13th) and Romania (14th).

Among G20 countries, Germany has by far the most expensive electricity. In the next G20 countries on the list - Italy (33rd) and the UK (44th) - electricity prices are about 10 and 12.5 cents cheaper respectively, adjusted for purchasing power.

In many other countries with a high standard of living, electricity is at least 50 percent cheaper than in Germany. These include Canada, Norway, the USA, Switzerland, Finland, Sweden and the Netherlands.

The data from Global Petrol Prices is from the second quarter of this year. What's more, the current price surge in Germany has not yet been taken into account in the calculations.

The average electricity prices in the different countries were calculated on the basis of tariffs of selected suppliers and data from state authorities.

The country comparison is adjusted for purchasing power. That means it takes into account that in a country like Germany, where the per capita economic output is around 45,733 Dollars, it is significantly easier to spend more money on electricity than in Kenya, for example, where per capita GDP is only around 2,039 Dollars.

Why are electricity prices so high in Germany?

In October 2021, German consumers paid on average of 34.79 cents per kilowatt hour of electricity, according to Verivox.

It's the fourth month in a row that costs have risen to a record level. And it forms part of a wider trend. Within the past 12 months, electricity has become more expensive for consumers by an average of 20.9 percent.

Since the year 2000, household electricity bills have on average doubled in price.

A three-person household in Germany now pays an average of €93 a month on their electricity bill, up from €41 twenty years ago. 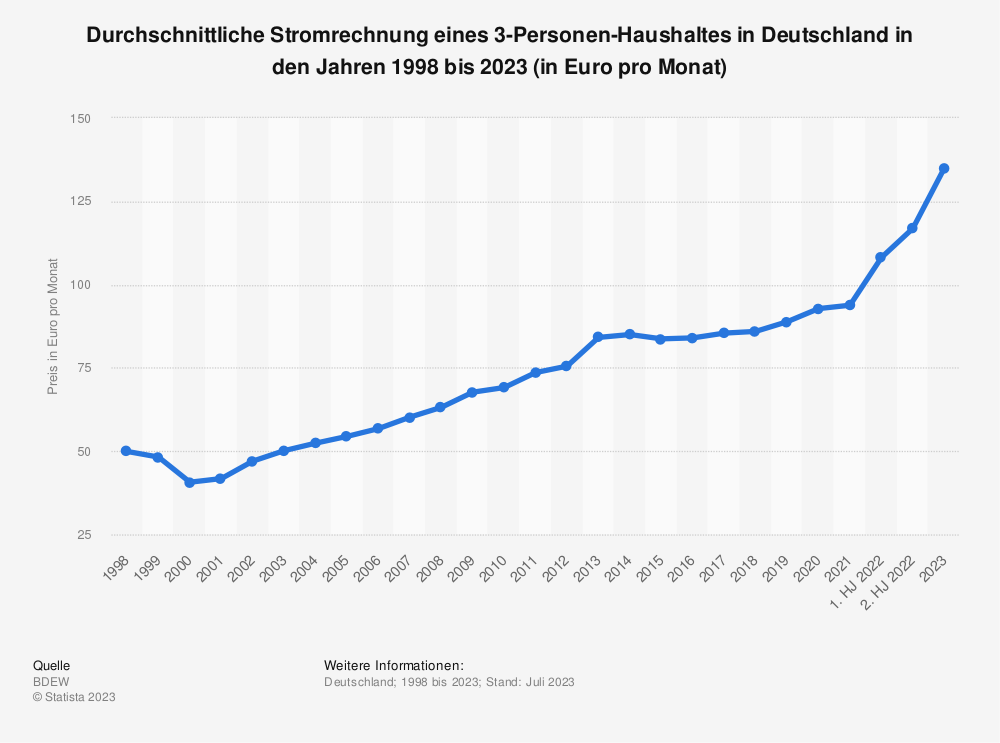 Experts say the rise in electricity prices over the past 20 years in Germany is mainly due to increasing taxes, levies and surcharges.

One of the main factors is Germany’s public investment in renewable energy sources, which has been financed through a tariff called the EEG system.

The system promises fixed prices to wind and solar providers to try and stimulate growth in the sector. But it has always been controversial because industries have been exempt from paying it, meaning that private households have to fork out for it.

The German government announced last month that it will lower the levy from 2022 to help ease the burden on households.

But it may have little impact on energy bills due to factors like rising energy prices and increasing grid fees.

On the wholesale exchange, electricity has become about 140 percent more expensive since the beginning of the year.

“We are doing this to meet the increased need for electricity which is going to come as a result of our green industrial revolution,” Strandhäll said at a press conference.

“It is important to strengthen Sweden by rapidly breaking our dependence on fossil fuels, building out our energy production and restructuring our industry. The Swedish people should not be dependent on countries like Russia to drive their cars or warm their homes.”

“We are going to make sure that municipalities who say “yes” to wind power get increased benefits,” she added in a press statement. “In addition, we are going to increase the speed with which wind power is built far offshore, which can generally neither be seen or heard from land.”

While municipalities will retain a veto over wind power projects on their territory under the proposed new law, they will have to take their decision earlier in the planning process to prevent wind power developers wasting time and effort obtaining approvals only for the local government to block projects at the final stags.

“For the local area, it’s mostly about making sure that those who feel that new wind parks noticeably affect their living environment also feel that they see positive impacts on their surroundings as a result of their establishment,” Strandhäll said.  “That might be a new sports field, an improved community hall, or other measures that might make live easier and better in places where wind power is established.”

According to a report from the Swedish Energy Agency, about half of the wind projects planned since 2014 have managed to get approval. But in recent years opposition has been growing, with the opposition Moderate, Swedish Democrats, and Christian Democrat parties increasingly opposing projects at a municipal level.

The government a month ago sent a committee report, or remiss, to the Council on Legislation, asking them to develop a law which will limit municipal vetoes to the early stages of the planning process.

At the same time, the government is launching two inquiries.

The first will look into what incentives could be given to municipalities to encourage them to allow wind farms on their land, which will deliver its recommendations at the end of March next year. In March, Strandhäll said that municipalities which approve wind farm projects should be given economic incentives to encourage them to accept projects on their land.

The second will look into how to give the government more power over the approvals process for wind projects under Sweden’s environmental code. This will deliver its recommendations at the end of June next year.