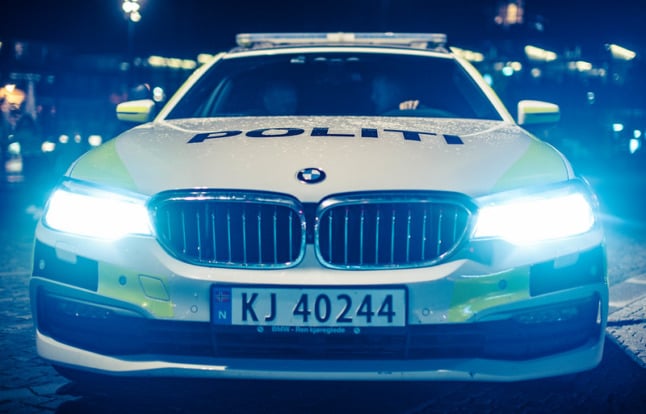 What happened in Kongsberg?

Police in Kongsberg, a town of around 28,000 residents located 80 kilometres to the south west of Oslo, received initial reports about an attacker targeting members of the public with a bow and arrow at 6.13pm on Wednesday evening.

Police first gained a visual on the attacker at 6:18pm and were shot at with the bow and arrows. They then lost contact with the 37-year-old, senior officer Ole Bredrup Sæverud said at a briefing on Thursday.

He was arrested at 6:47pm. The fatalities are thought to have occurred between 6:18pm and 6:47pm, meaning the killings took place after police first came into contact with the attacker. That is according to reports in several Norwegian media including NRK.

The victims were killed in locations spanning a large area of central Kongsberg, resulting in several crime scenes.

Law enforcement arrived and arrested the suspect just over 30 minutes later at 6.47pm, after what police called a “confrontation”.

They described what happened between those times as “confusing”.

In a statement Norwegian police said: “It was at 18.13 that the police received several messages from people in Kongsberg centre that a person was moving around with a weapon, which was said to have been a bow and arrow.

Television footage showed ambulances and armed police in the area. A helicopter and bomb disposal team were also sent to the scene. Broadcaster TV2 reported that the man also had a knife or other weapons.

The website of public broadcaster NRK published an image sent by a witness of a black arrow sticking out of a wall.

The attacks appeared to have taken place at various locations around the centre of the town, including a Coop Extra supermarket.

A woman who witnessed some of the attack, Hansine, told TV2 she had heard a disturbance, then saw a woman taking cover and “a man standing on the corner with arrows in a quiver on his shoulder and a bow in his hand”.

“Afterwards, I saw people running for their lives. One of them was a woman holding a child by the hand,” she said.

Who were the victims?

Little information has been given so far about the victims other than that five were killed and three were left injured. Four women and one man were killed, police have confirmed. All were aged between 50 to 70 the police said a press conference at 10:00am on Thursday.

One of those injured was an off-duty police officer who happened to be at the scene.

The three injured are not believed to be in a life threatening condition.

What do we know about the suspect?

Espen Andersen Bråthen, a 37-year-old Danish, national has been charged over the killing, Norwegian police confirmed. Police said Thursday that they had been in contact with the suspect over fears of radicalisation. Police also confirmed that the attacker had converted to Islam.

His identity was confirmed by police on  Thursday after it was widely reported in the Norwegian press.

Norwegian Police released a statement early on Thursday confirming the arrest and charge of the Danish citizen living in Kongsberg, countering earlier television reports alleging the attacker was a Norwegian man.

READ MORE: Who is the Kongsberg attacker and what was their motive?

“The man is a Danish citizen, but lives in Kongsberg. He was taken into police custody in Drammen on Wednesday night.”

“We decided to confirm this information because many rumours were circulating on social networks about the perpetrator of the attack, some [implicating] people who have no connection with these serious acts,” said a police statement.

“He admits the circumstances. That it is him that undertook the actions he is charged with,” Mathiassen told Norwegian broadcaster TV2. “But the extent to which he will admit his guilt, we must await,” she added.

Was it an act of terrorism?

PST, the Norwegian Police Security Service, said on Thursday afternoon that the attack appeared to be terror related.

“The incidents in Kongsberg currently appear to be a terrorist act, but the investigation will determine in closer details what the acts were motivated by,” PST said in a statement.

The security service said that the attacker was previously known to them.

What’s the reaction from Norway’s leaders?

Outgoing PM Erna Solberg described the attack as “horrifying” and said the country has been “shaken”.

“The reports that come from Kongsberg tonight are horrible. It is a very tragic situation that affects the Kongsberg community,” Solberg said at a press conference at 10:45pm on Wednesday.

“These events have shaken us,” Solberg added.

Prime minister-elect Jonas Gahr Støre described the killing of five people in Kongsberg on Wednesday night as “cruel and brutal”.

US Vice President Kamala Harris and her husband Doug Emhoff lay flowers after ceremonies at Le Carillon bar and Le Petit Cambodge restaurant, at which 130 people were killed during the 2015 Paris terror attacks. Photo: Sarahbeth Maney/POOL/AFP

The attacks by three separate teams of Islamic State group jihadists on the night of November 13, 2015 were the worst in France since World War II.

Gunmen mowed down 129 people in front of cafes and at a concert hall in the capital, while a bus driver was killed after suicide bombers blew themselves up at the gates of the stadium in its suburbs.

Harris, wrapping up a four-day trip to France, placed a bouquet of white flowers in front of a plaque honouring the victims outside a Paris cafe.

Castex attended a minute of silence at the Stade de France football stadium, along with Paris mayor Anne Hidalgo, before laying wreaths at the sites of the other attacks inside Paris.

In front of the Bataclan concert hall, survivors and relatives of the victims listened to someone read out the names of each of the 90 people killed during a concert there six years ago.

Public commemorations of the tragedy were called off last year because of the coronavirus pandemic.

“Last year we weren’t allowed to come and we all found it really tough,” said Bruno Poncet, who made it out alive of the Bataclan.

But he said the start of a trial over the attacks in September meant that those attending the commemoration this year felt more united.

“We’ve really bonded thanks to the trial,” he said. “During previous commemorations, we’d spot each other from afar without really daring to speak to each other. We were really shy. But standing up in court has really changed everything.”

The marathon trial, the biggest in France’s modern legal history, is expected to last until May 2022.

Twenty defendants are facing sentences of up to life in prison, including the sole attacker who was not gunned down by police, Salah Abdeslam, a French-Moroccan national who was captured in Brussels. Six of the defendants are being tried in absentia.

Poncet said he felt it was crucial that he attend the hearings. “I can’t possibly not. It’s our lives that are being discussed in that room, and it’s important to come to support the others and to try to overcome it all.”

Survivors have taken to the witness stand to recount the horror of the attacks, but also to describe life afterwards.

Several said they had been struggling with post-traumatic stress disorder, grappling with survivor’s guilt, or even feeling alienated from the rest of society.

Saturday’s commemorations are to wrap up with a minute of silence at the Stade de France in the evening before the kick-off for a game between France and Kazakhstan.

It was during a football match between France and Germany that three suicide bombers blew themselves up in 2015.

Then-French president Francois Hollande was one of the 80,000 people in the crowd, before he was discreetly whisked away to avoid triggering mass panic.