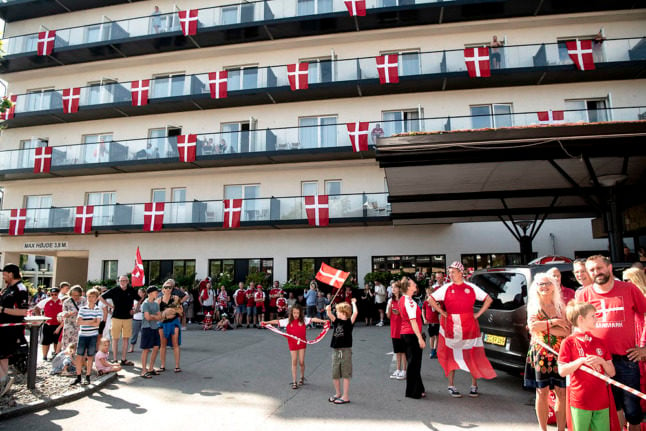 British nationals who moved to Denmark under EU free movement rules before December 31st 2020 must submit an application for new residence status and a new residence document in 2021.

But what about those who are applying or have already been approved for Danish citizenship?

Citizenship entitles you to a Danish passport and gives you the right to vote in parliamentary elections, as well as providing a permanent basis for residency in the country. It also means you retain the right to live and work in Denmark (and other EU countries) even if you leave Denmark.

You must, of course, meet a number of closely-defined criteria and requirements in order to be eligible for citizenship by naturalisation.

Permanent residency means that a person is allowed to stay in Denmark and does not need to apply for residence again, though is important to note that if you leave Denmark for more than two years, you will have to revoke your permanent residency.

It also means you no longer need to meet the conditions for your original grounds for residence, so you won’t lose your right to reside in Denmark if you stop working or studying, for example.

If you have applied for Danish citizenship but not yet received a decision, you need to apply for the post-Brexit status. That is because you would not be expected to become a full Danish citizen by the end of 2021.

Under Danish law, citizenship can only be granted to foreign nationals via legal nationalisation: applications must be voted through by parliament. Successful applicants for citizenship receive notification that they will be accepted on the next naturalisation bill. These are normally put forward twice a year, in April and October, and voted through around June and December respectively.

But once the bill with your successful citizenship claim has passed parliament, you are still not a full citizen until you have attended a so-called ‘citizenship ceremony’ at your local municipality and shaken hands with a local official.

Dependent on how far you have come through this process in 2021, you will likely still need to apply for the post-Brexit permanent residency.

“Citizenship is initially effective from the moment the applicant has participated in a citizenship ceremony, if this is a condition [exemption is granted in specific cases, ed.],” the Ministry of Immigration and Integration told The Local via email.

For applicants not required to take part in the ceremonies, it is currently unclear whether the law will take effect in 2021 or 2022, it added, meaning people in this situation should also apply for post-Brexit status.

As such, British applicants who currently reside in Denmark under the pre-Brexit EU rules for permanent residency must apply for the new document before December 31st.

“If the applicant does not apply for a new residency document according to the (Brexit) withdrawal agreement by the end of 2021, that person risks losing their right to reside in Denmark,” the ministry wrote.

But one group of 2021 citizenship applicants may not need to apply for post-Brexit permanent residency, according to the immigration ministry: those whose applications were already ratified by parliament in June this year.

This group will have already taken part in citizenship ceremonies or have one coming up soon, since these must be held between July and October 2021.

If you have taken part in a citizenship ceremony during this time you will have become a Danish citizen before the deadline for application for post-Brexit permanent residency, namely December 31st.

“However, the ministry generally recommends everyone encompassed by the withdrawal agreement to send their application for residency status to SIRI,” the ministry wrote.

It should be noted that while EU free movement allowed British nationals to live anywhere in the EU, the withdrawal agreement “only gives right in the country in which that person has taken residence and not in other EU member states,” the ministry told The Local.

Additionally, British citizens who moved to Denmark under EU free movement before switching to the new withdrawal agreement residency status will still be eligible for family reunification under EU rules, the ministry also confirmed to The Local. This is provided by the withdrawal agreement and remains valid if that person later becomes a Danish citizen.

“This applies even though the family member does not yet reside in Denmark. However, it is a requirement that the family relation existed before the expiry of the transition period on December 31st, 2020,” the ministry stated.

According to figures provided to The Local by the immigration ministry, the end of the transition period does not appear to have prompted a spike in Brits applying for dual citizenship.

Ministry figures show 527 Brits applied for Danish citizen ship in 2019, followed by 507 in 2020. The data carry a degree of uncertainty because they are based on a registration system, rather than a statistical count.

So far this year (up to September 15th), 290 people with British citizenship have applied for Danish naturalisation, the ministry said.