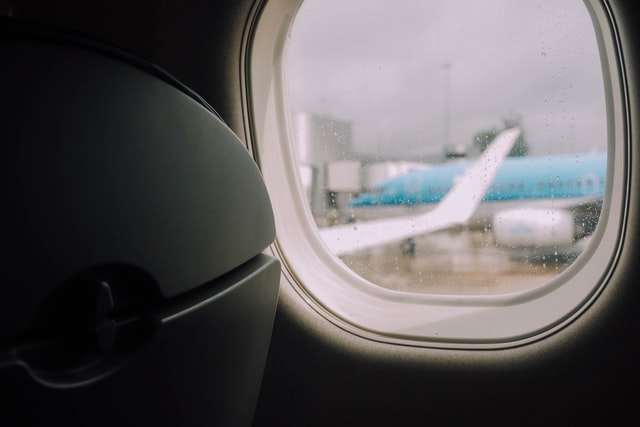 
After an absence of over two years, writer Richard Hough reflects on a recent trip from Verona to his native Scotland, navigating the perilous path of pre-flight bureaucracy, emotional family reunions and too many fry-ups.

With ongoing uncertainty and anxiety around the Covid situation, as well as the ‘chilling’ effect of Brexit, it is perhaps inevitable that far fewer people are travelling at the moment.

READ ALSO: What changes for tourists coming to Italy in September?

This data was borne out by my half-empty flight from Verona to Manchester last week. If anything, there were even fewer passengers for the return flight to Verona a week later.

Aside from homesick ‘expats’, there isn’t exactly a queue of visitors eager to travel between Verona and Manchester at the moment, and the distinct impression from my flight was that most were travelling out of necessity rather than for pleasure.

When you consider the bureaucratic and administrative obstacles in place at present, it is little wonder that so few are choosing to travel. Any residual joy in short-haul budget air travel has now been well and truly extinguished by the added anxiety of travelling amid an ongoing global pandemic. I know a few have recently made the journey by car and by train, and those, to be honest, seem like increasingly appealing options. In normal circumstances, we return ‘home’ twice a year, with highly anticipated annual trips in the summer and the winter. This time we took the agonizing decision that I would fly solo. Managing my own mountain of Covid-related documentation was arduous enough, never mind having to deal with all that for a family of four! On top of which came the eye-water fees for testing.

My pre-flight test in Verona cost 15 euros, compared to my day 2 test in Glasgow, which came in at 68 GBP. My re-entry test, which would allow me return to Italy, added a further 35 GBP to the bill. Again, multiplying all that by four would have rendered the trip prohibitively expensive, not to mention the unpalatable consequences if any one of us tested positive.

I had long envisioned my first ‘post-Covid’ trip home to be a jubilant, care-free affair, catching up with friends and family, and generally making up for lost time, but with the virus once again spreading at alarming rates in Scotland came the sobering realisation that a positive test would leave me having to isolate and unable to return to Italy.

With schools in Scotland only just returning, I was also acutely aware that for many of my friends and family, domestic life was still on something of a knife edge. As they strived for a return to something approaching normality, a fleeting encounter with a casual visitor from far-flung Italy was the last thing they needed at this juncture. I also felt the need to prioritise my time with my parents, who I hadn’t seen for 18 months, both of whom have endured the long months of lockdown and isolation with admirable stoicism and fortitude. I was also anxious to minimise any possible risk that my visit might present to them.

So, it was a relatively low-key affair. Not as ambitious as our usual family trips home, where we cram in so much and try to see as many family and friends as possible in the space of two or three action-packed weeks.

That, of course, is not to say that it was totally devoid of any pleasure and indulgence.

With a late arrival, I spent the first night with old family friends in Manchester, before venturing north by train the next day. It was a joy to slip into their busy yet mundane domestic life, and it was a relief to pick up a friendship with their little kids, as if we hadn’t seen each other for a few days rather than a few years. The next morning, we went to a local bakery for breakfast, and I didn’t make it past the chap busy frying sausages at the entrance. A foot-long sausage sandwich. For breakfast. Welcome home!

I made a point of not taking my first cup of tea until I was well north of the border, where it could be prepared with the pure Scottish tap water from Loch Katrine. Another box ticked!

A perhaps inevitable consequence of tirelessly moaning about the lack of a decent fried breakfast in Italy, is that when you return home, eager hosts have filled their fridges with bacon, sausage and black pudding – all of which must be consumed before you depart a day or two later. By the end of the week, I was averaging just over two fry-ups a day!

With a couple of pub lunches, takeaway fish and chips and a mouth-watering curry, my culinary yearnings were well-fed, but I also craved a taste of that wild Scottish landscape that I had missed so much.

From Glasgow, we took a heart-warming day trip to Balmaha, on the banks of Loch Lomond. With glorious sunshine and soaring temperatures, the bonny banks matched anything that Lake Garda has to offer and, once I’d navigated the rather tedious online ordering application, the refreshing local pale ale in a nearby beer garden was enough to dispel my mid-afternoon cravings for an Aperol Spritz.

A few days later, an overnight stay in a boutique hotel on the cusp of the Highlands gave me another dose of the rugged Scottish countryside that I craved. It also gave me the opportunity to scope out a few sites for our much-anticipated return to the region in the summer of 2022.

Back in Glasgow, rifling through the second-hand book shops on Byres Road, stocking up on tea bags and ginger biscuits, and shelling out for a couple of locally printed t-shirts was just about all the retail therapy I could manage. Besides, my hand luggage was already reaching its capacity.

I wrote recently about how living in Italy has changed me. From fried breakfasts to milky tea and fiery vindaloos, to quality time spent with loved ones, and the easy banter with convivial Glasgow taxi drivers, after nearly two years, it was reassuring to realise than in many ways, I remain just the same. Although I now live in Italy, in Scotland I always feel at home. I hope that, at least, will never change.

Richard Hough has lived in Verona since September 2011 and writes about the region’s history, football, wine and culture. His new book, Rita’s War, a true story of persecution, resistance and heroism from wartime Italy, is available here. He is currently writing his next book about wartime Verona. 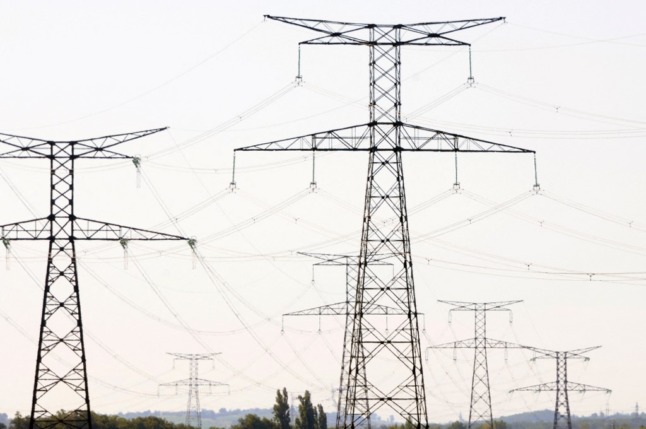 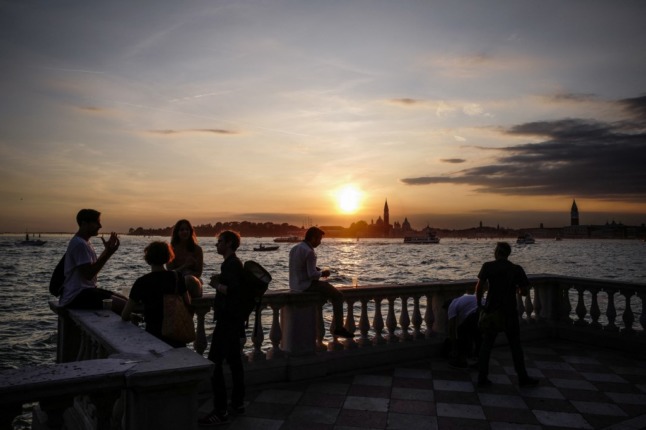 What changes about life in Italy in September 2021? 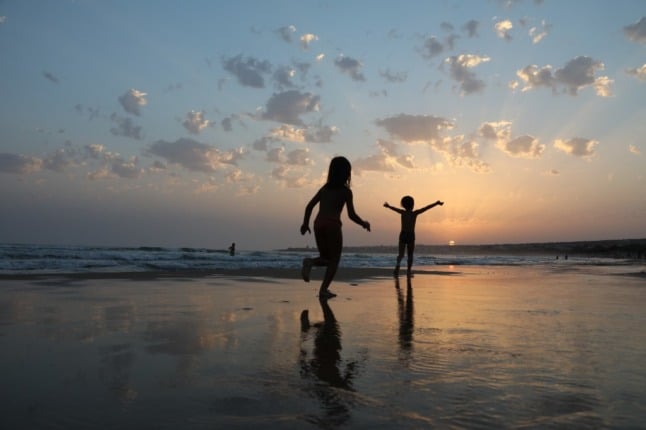 What changes about life in Italy in August 2021? 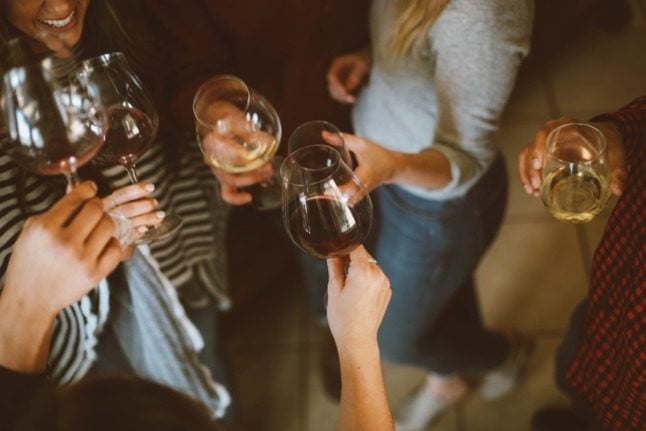 ‘I’m alone’: How I’m finding friends in Italy during the pandemic

Tell us: Do you have financial or work problems in Italy?

‘How I got an elective residency visa to retire in Italy’

Wellbeing is up in Italy despite economic troubles, study finds

Have your say: What do you need to know when renting a car in Italy?