Around 45,000 people will be able to cram into a Stockholm arena to watch Elton John next month – but will the main act even be allowed to cross the border? Photo: AP Photo/Chris Pizzello

For those of us with tickets to the twice-delayed Stockholm leg of Elton John’s farewell tour on October 1st, this week brought long-awaited news: restrictions on large gatherings, along with most other binding pandemic rules, will be removed in Sweden from September 29th.

So the concert is on: 45,000 mask-free Elton fans are authorised to gather in the Tele2 arena two nights running, jostling in line, no social distancing, no masks (this is Sweden, after all), and no vaccine passports. We can hang out in the bars before and afterwards, and cram on to the metro on the way there and back.

But one person might theoretically not be allowed to join them: Elton John himself.

We know he has been vaccinated – he has even appeared in British government campaign videos urging people to get jabbed. But he is British, lives in the UK, and Sweden has a general ban on travel from non-EU countries, the UK included.

Of course, the list of exceptions to the ban is extensive: Swedish citizens can always enter the country, unconditionally. There are 100,000 of them living in the UK alone, and as anyone who has flown the London-Stockholm route can testify, they always account for a huge proportion of the people on the plane. Anyone who is a legal resident of Sweden can also enter the country.

There are a few more exceptions: “highly-qualified workers” can be exempted from the ban if “the work is vital from an economic perspective and can’t be delayed or carried out at a distance”. An individual border guard will have to decide whether Elton’s 38 platinum albums qualify him, or whether the more than 80,000 tickets sold for his concerts make this economically vital for Sweden. Alternatively, the government can grant him a personal exemption.

Alternatively, Elton could just come via Denmark, which is admitting fully-vaccinated Brits, among others. Sweden allows free entry from other Nordic countries, so Denmark is a wide-open back door to Sweden.

Meanwhile, millions of people who live in Sweden have family abroad, and for them there is no blanket exemption. Being subject to Denmark’s travel regulations adds a level of complexity that makes it hard for people to plan their travel. And while Zoom has helped ease the pain of enforced separation, not being able to hug, share a dinner or a drink, go for a walk, watch TV or play games together is taking its toll.

Norway, which otherwise has had draconian border restrictions, has at least finally recognised the importance of families by making an exception from the travel ban for certain close family and romantic partners (though not siblings), even if testing and hotel quarantine will be obligatory on arrival. But it’s important to remember that for many people, friends or siblings who live in different countries are just as essential to well-being as parents or adult children are for others.

Other EU countries have gone one step further, and are now allowing people from certain countries who are immunised with EU-approved vaccines to enter their countries without further testing or quarantine. Most recently, France has added the US to the list of countries from which it will accept vaccinated travellers. Germany, Spain and Italy are also accepting vaccine certification from certain non-EU countries. Swedish interior minister Mikael Damberg has hinted at doing something similar, but no date and no details have been announced, and nothing is confirmed. Training border guards to recognise foreign vaccine certificates is a complicating factor, but if other countries can do it, Sweden can too.

Vaccines are not a panacea. We know that people can still get ill after being vaccinated and can still spread the disease. However, the risk of both is significantly reduced. And like most other countries, with vaccine coverage soon at 80 percent, Sweden has opted to accept a level of risk on the home front as the price of our freedom to enjoy culture, to work and socialise.

And if they don’t open up to vaccinated travellers, what is Sweden’s long-term plan? To keep outsourcing border control to Denmark? To keep making random personal exemptions for VIPs? The current situation is starting to look absurd – and all the while those of us with family and friends elsewhere are suffering. It’s time for Sweden to take back control of its borders, and let vaccinated people in. 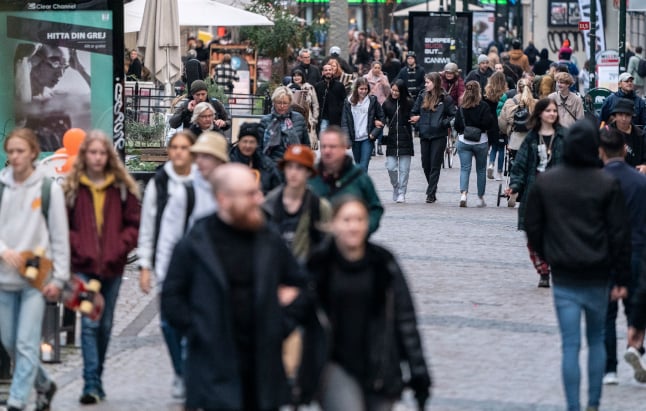 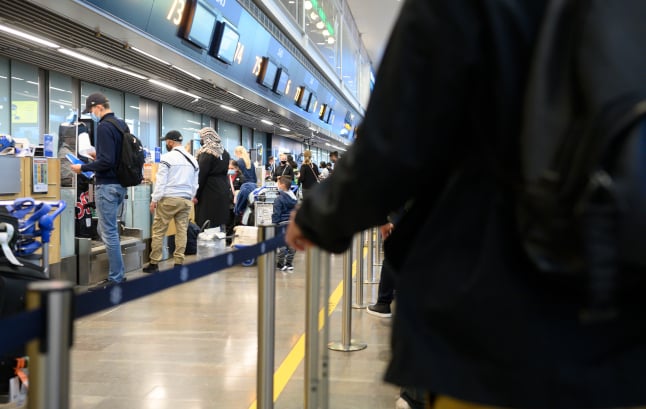 There are some undeniable truths about Sweden (lots of Volvos, lots of trees) but when asked, most people don’t get far past the usual clichés. And nor did I.

A well-organized country full of high tax paying, IKEA flatpack-loving, slightly distant Fika fanatics, all happily queuing to buy some much-needed state-controlled booze to get through the never-ending cold and dark winters.

In this series, I give my take on some of the more commonly heard assumptions about life in Sweden and how I experience them.

When you are visiting family back home after your move to Sweden, you will note that nothing seems to get a tipsy uncle quite as riled up as your story about the state-controlled alcohol market. It’s also something that comes up surprisingly often when you tell people you live in Sweden. The mere mention of having to go to a special shop to purchase alcohol seems to set people off in a certain way.

That the shops are called Systembolaget, like some Soviet-era holdover obviously does little to calm your uncle down.

To start with the concept itself. Having grown up in The Netherlands, I was not bowled over with indignation at the idea of having to go to a separate shop to purchase my poison. Although supermarkets in the Netherlands do sell alcohol, it is pretty common to buy your wine, as well as any stronger stuff, at what Australians call a ‘bottle shop’  (which rather misses the point of what’s actually for sale).

READ ALSO: Like having sex in a church: Sweden’s uptight attitude to alcohol

Apart from having a larger assortment than supermarkets, these shops also have specialized staff that can recommend wines with your food.

But with plenty of well-stocked and reasonably priced Systembolagets around and one right outside my local supermarket, I don’t think the airtime this topic gets when people talk about life in Sweden is actually justified.

For the now properly drunk uncle at your family dinner, the Systembolaget is of course a sign of a bigger problem with Sweden: the all-controlling state. The outrageous combination of high taxes, free healthcare and schooling and state-controlled alcohol must mean that the government has a finger in every aspect of life.

It turns out your uncle is engaging in a long-standing tradition that has been dubbed ‘Sweden bashing’. It started with Eisenhower, but in more recent years lesser statesmen dabbled in it as well. Although there is no clear definition, it seems to involve cherry-picking facts about Sweden – or alternatively just making them up – in order to ridicule the Swedish model. It’s a model that, according to the ideology of the bashers, should fail miserably but somehow stubbornly refuses to do so.

Despite the long-standing tradition of Sweden bashing, I think anyone who lives here will agree that in everyday life there is nothing particularly invasive about enjoying free education and healthcare in exchange for higher taxes. Come to think of it, that is pretty much the model applied in the Netherlands and they never got stuck with a reputation for an overbearing government. On the other hand, Holland does get bashed for easy access to drugs and euthanasia, so I guess you have to be careful what you wish for.

Considering it now really only functions as a lightning rod for politicians, it may not be a bad idea to let go of the state monopoly on alcohol sales.

As for the bashing itself, I think the current Swedish response to it works just fine: a light shrug of the shoulders and let the system speak for itself.

Alexander de Nerée moved to Stockholm with his husband in October 2020. He is Dutch, but moved from Zürich, Switzerland, after having lived in Hong Kong for 10 years. Not having been to Sweden before the move, Alexander had some broad assumptions about what life in Sweden would be like. In this series, he revisits these assumptions and gives his take.  Alexander wrote for series for The Local before about his “firsts” in Sweden.