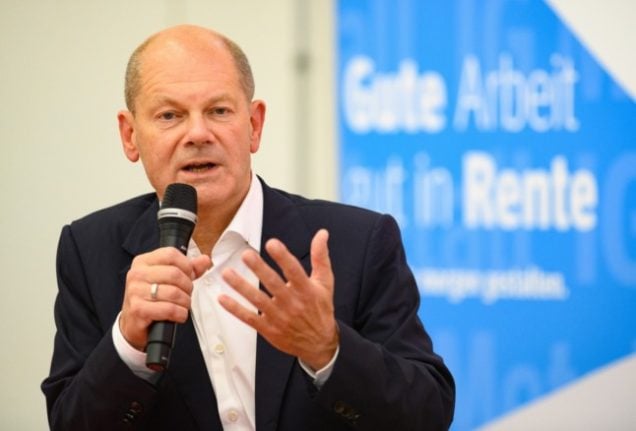 The raids were part of a probe into the Financial Intelligence Unit (FIU), the anti-money laundering section of Germany’s customs authority, prosecutors in the city of Osnabrück  said in a statement.

The finance ministry is headed by Olaf Scholz, the centre-left Social Democrat (SPD) candidate to succeed Angela Merkel after the September 26th vote and the current frontrunner in the race.

Authorities in Osnabrück have been investigating the Cologne-based FIU since February 2020 over claims it failed to forward reports of potential money laundering from banks to the police and judiciary.

“An evaluation of documents secured during previous searches of the FIU has revealed that there was extensive communication between the FIU and the ministries now being searched,” the prosecutors said.

They now wish to establish whether a criminal offence was committed and, if so, who was responsible, they said.

The FIU used to be a police unit but was transferred in 2017 to Germany’s customs authorities, under the auspices of the finance ministry.

Politicians from other parties seized on the searches to criticise Scholz.

“The chaos at the FIU has existed since the finance ministry took over responsibility,” said Green party politicians Lisa Paus and Irene Mihalic in a joint statement.

The finance ministry said in a statement that it “fully supports the authorities” in their investigation and stressed that it was not directed against employees of the ministry.

Scholz himself, on the campaign trail in Potsdam, expressed displeasure at the searches and said that if the prosecutors had questions they “could have been put in writing”, according to Die Welt daily.

Prosecutors in Osnabrück began their investigation after discovering that the FIU failed to follow up on a report from a bank of a suspicious payment of more than one million euros ($1.2 million) to Africa in 2018.

The FIU has also been accused of withholding information about Wirecard, the once booming German fintech company that spectacularly collapsed last year due to a massive fraud scandal.

The customs body failed to pass on hundreds of reports of suspicious transactions at the company, according to a report in the Handelsblatt business daily in August.

Wirecard filed for bankruptcy last year after admitting that €1.9 billion was missing from its accounts.

German banking regulator Bafin, also based at the finance ministry, was criticised for being too for its lax oversight of Wirecard and has since undergone sweeping reforms.