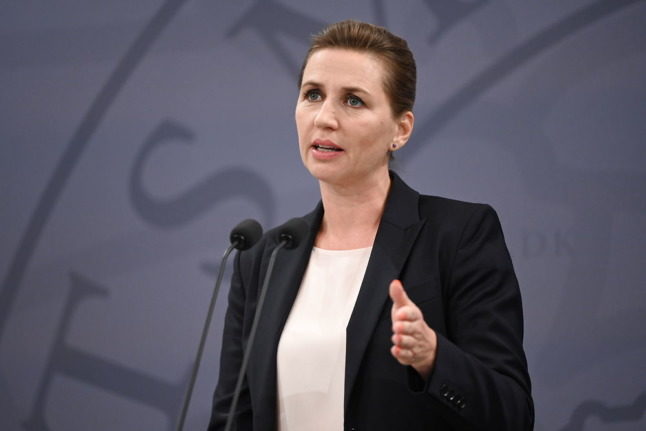 Among the proposed changes are a reduction in the monthly payments and eligibility period for dagpenge for newly graduated students.

Proposed rule changes could also see language requirements for foreign students who remain in Denmark to look for work after completing their studies.

People not currently in employment can qualify for welfare payouts known in Danish as dagpenge, funded in part by the state and in part by membership fees, by joining an A-kasse or unemployment union.

Non-A-kasse members can apply for ‘social assistance’ or  kontanthjælp, the lowest level of benefit. It is only available to those over 30 years old, who are legally resident in Denmark, and who have no other means of support.

EXPLAINED: Should I sign up with a Danish union and get unemployment insurance?

What changes are being proposed?

New university graduates who do not have children could receive as much as 4,000 kroner less per month in dagpenge, according to the proposal presented by the government on Tuesday.

This would not apply to people with children, who qualify for 15,844 kroner per month, an amount the government does not want to change.

Dagpenge is usually calculated based on previous incomes or tax payments for people with earlier connection for the labour market, but this is not the case for those who have just completed their studies, hence the standard rates.

In addition, the period in which new graduates are entitled to the regular dagpenge rate will be decreased from two years to one, in a move designed to encourage recently-educated people to take jobs more quickly, including unskilled roles.

People who receive dagpenge are already obliged to meet a number of requirements including applying for a set number of jobs weekly, always being available to start work and regular contact with job centres.

“Newly educated people have just received a good education. This must be used on the labour market, not in unemployment,” Prime Minister Mette Frederiksen said during the presentation of the proposal on Tuesday.

“Maybe you won’t get your dream job immediately. But that is not crucial. (What’s crucial) is to create value,” she added.

How does the proposal affect foreign residents?

International students are likely to be impacted by the proposal if they want to remain in Denmark to begin their careers after graduation. That is because the government wants to introduce language criteria to the dagpenge rules.

According to the proposal text, new graduates will be required to meet certain language criteria in order to be eligible for dagpenge, although no further detail as to the criteria is given.

The rules, which would not apply to people in employment, would limit access to the dagpenge system for foreign nationals who have recently completed their studies in Denmark, the government said.

What else is being proposed?

Students should be better rewarded for working during their studies, according to the government.

As such, an increase is proposed to the limit to which students can earn from part time jobs without a corresponding reduction to the state student grant, SU.

Meanwhile, people encompassed by integration rules could see their access to the kontanthjælp system curtailed, under the proposed reforms.

Danes and Denmark residents with a so-called “integration obligation” (integrationspligt) could be required to undertake mandatory work for 37 hours weekly in order to qualify for the kontanthjælp benefits.

That work could include “for example, going down to the beach to pick up cigarette butts or plastic”, employment minister Peter Hummelgaard said at Tuesday‘s briefing.

The exact work would be organised by local municipalities, Hummelgaard also said.

“The most important thing for us is to get people out of the door,” he said.

The requirement would apply to people who have not passed the prøve i dansk 2 language test or sixth grade in the national school system.

Persons would have to have received kontanthjælp benefits in three of the last four years, or be in receipt of the lower “selvforsørgelses- og hjemrejseydelse” (self-provision and repatriation benefit) given to many refugees, in order to be encompassed by the mandatory work requirement.

Around 20,000 people, thought to primarily consist of women with backgrounds in the Middle East, North Africa, Turkey, Afghanistan and Pakistan, are estimated to be those who would be impacted by the rule.

Pensions are another area in which changes are proposed, with the government planning to scrap a deduction in state pensions for people whose partners are still working.

That would increase the incentive for partners to remain in work, according to the proposal.

What is the reaction to the proposal so far?

The National Union of Students in Denmark (Danske Studerendes Fællesråd, DSF) accused the government of turning its back on students.

“(The proposal) is built on a myth that the dagpenge rate is so high that young people don’t want to get a job, because it’s not financially beneficial. But that’s not the reality we are hearing. The challenge is that it’s enormously difficult to get on to the labour market in many sectors,” DSF chairperson Mike Gudbergsen told news wire Ritzau.

Gudbergsen called instead for better incentives for businesses to hire new graduates.

The Red-Green Alliance, a left wing party which props up the government, strongly criticised the plan to introduce mandatory work weeks for people in the integration system, saying it was “tantamount to state-backed social dumping”.

“It’s an incredibly poor proposal and I believe we should go in a totally different direction and help people into real jobs with union-sanctioned wages instead,” Red Green Alliance political spokesperson Mai Villadsen told Ritzau in a written comment.

READER QUESTION: If I came in pre-Brexit on the grounds of self sufficiency, and I’m on a temporary residency permit, am I allowed to do a bit of self employed work to top my funds up?

For this reader, the rules are quite clear.

“A temporary residence permit granted according to the Withdrawal Agreement (Brexit) also includes the right to work in Denmark – even though the person has resided in Denmark on grounds of sufficient resources or as an economically inactive person,” the Agency for International Recruitment and Integration (SIRI), told The Local via email.

But for other non-EU citizens, here under one of Denmark’s many job schemes, such as the Fast-track scheme, Pay limit scheme, and the Positive lists, or under the various researcher schemes, the rules are more complicated.

READ ALSO: How can you get a work permit in Denmark if you are not an EU national?

You are generally allowed to get a second job, but you may have to apply for a separate work permit for paid sideline employment, (find information from SIRI here), and also fulfil various conditions.

If, however, you are employed as a researcher under the Pay Limit Scheme, then you have to apply for a special work permit for sideline employment.

People who received their residency permits under the Jobseeker scheme are not eligible for a sideline employment permit.

For the other job schemes, you need to apply for a separate work permit for paid sideline employment, find information from SIRI here.

“For sideline employment, the salary must be the standard one for the job, and within the same area of ​​work as the main occupation,” SIRI said.

You can be granted a sideline permit for as long as as the duration of your main work permit.