“This means more money in the wallet for ordinary people,” Finance Minister Magdalena Andersson, one of the favourites to take over as leader of the governing Social Democrats, promised when she announced the cuts.

One of the cuts would be a further extension of a tax cut aimed at low- and middle-income earners. This will be up to a maximum of 2,820 kronor per year in 2022 for those earning over 265,000, with smaller reductions for those on lower salaries.

Another proposal is to increase the tax reduction for sickness and disability benefits, reducing the gap between taxes on those benefits and earned incomes. Currently, people who receive these benefits pay around 10,000 kronor more in tax on average when compared to a working person on the same income level, and Andersson said the change would lead to “increased fairness in society” by supporting a “financially vulnerable group”.

The third proposal is a tax reduction for payments to unemployment insurance funds (a-kassor), equal to 25 percent of the annual fee or a tax reduction of roughly 400 kronor per year for most members of these funds. The goal of this change is to encourage more workers in Sweden to join the funds, which pay members who become unemployed.

So how much more would you get in your wallet if the proposals go through?

Andersson presented examples showing that a retired person on a pension of 240,000 kronor for example, would benefit to the tune of 1,668 kronor each year, and that a family made up of an assistant nurse and shop assistant (with annual salaries of 371,920 and 362,880 kronor respectively) would have 3,432 kronor extra after the changes.

“I think it’s not enough to be considered as a promise aimed at winning votes [in the September 2022 election], it doesn’t have enough impact on the wallet. But we’ll see what the rest of the budget will consist of. After all, this is a small part of the total budget,” Emma Persson, a private economist at Länsförsäkringar, told the TT newswire.

“The winners in this are those who are part of an unemployment insurance fund, live on sickness benefits and low- and middle-income earners who get to see a small boost to their wallet. Even if it is not a huge tax cut, for a person who earns 25,000 kronor, it is about 110 kronor a month,” she added.

In order for the cuts to actually come into effect, the government will need to get its budget passed by parliament in a vote.

That’s not necessarily guaranteed, given that the margins between the different blocs are extremely thin and a previous alliance with the Centre and Liberal parties collapsed earlier this year.

Passing its budget would require the government to get support from both the Centre and Left parties, who were both positive about Wednesday’s announcement.

However, the Centre’s economic political spokesperson told the TT newswire the reduction was “completely insufficient” to convince the party to vote in favour.

The Left Party said it would need to hear more about plans for financing the proposals, with their spokesperson welcoming the change to sickness benefits, but noting: “If you lower taxes, there will be less money for grandma’s elderly care and for healthcare that needs more resources. In the long run, it is unsustainable, so we expect this to be financed by raising taxes for those who have large capital incomes, large fortunes or large incomes in general.” 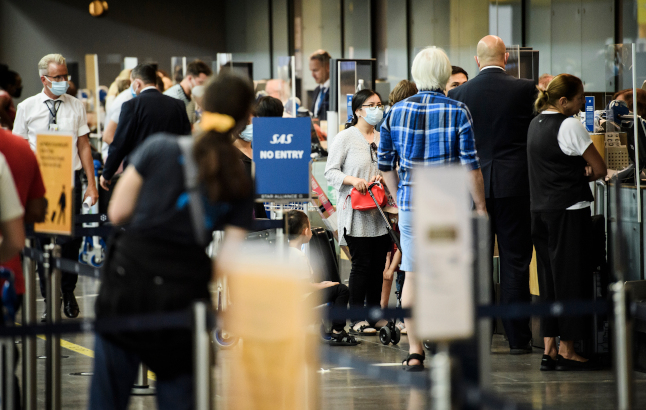 WHAT CHANGES IN SWEDEN
KEY POINTS: What changes about life in Sweden in September?

WHAT CHANGES IN SWEDEN
KEY POINTS: What changes about life in Sweden in September?
Url copied to clipboard!